There’s no order to this, just a celebration of my fave characters over the years, largely (but not entirely) ignoring final girls and killers. (Some spoilers though – boooo). 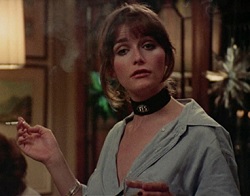 Why? As the perma-drunk sister of the sorority, fastest tongue in the west Barb is not afraid to bring the drama, from aggravating the loon who has been plaguing the house with obscene calls to calling out people on their shit and pranking the local sergeant. 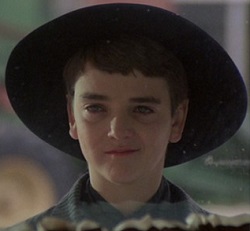 Why? Leader of the adult-hating kiddie-cult that resides in Gatlin, Nebraska, Isaac is a scheming little con-man, prone to camp hissy fits when he clashes with tyrannical deputy, Malachai. Endlessly entertaining.

Quote: “He speaks to me always …bitch!” (OK I added that last part, but if you watch the scene you’ll know it’s needed). 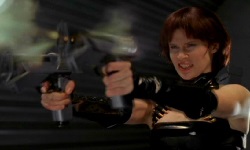 Why? In a crowded, anonymous cast, android Kay-Em stands out amongst the pale archetypes as the (ever perky) single hope the crew has to neutralize the threat of Jason, which she does with cutesy enthusiasm.

Quote: “I’m afraid I’m gonna have to hurt you now.” 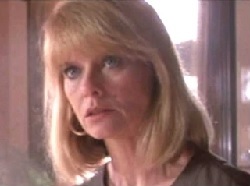 Why? Short-tempered, wannabe socialite mother of Kristen, Mrs Parker is what we might today call a typical Karen: She won’t listen to anybody, just whips out the chequebook. I do like, in the series, that the guilty parents are left alive to suffer the loss of their kids, whereas most other series’ would simply kill off arrogant, unpleasant type.

Quote: “Kristen, get away from that house! Andale!”

Why? One of many background suspects with minimal impact until he’s revealed to be one of the killers, film-obsessed Mickey wants to be caught to manipulate America’s trial-fixated culture by blaming ‘the movies’ and getting right wing Christian groups to pay his legal bills. Frighteningly, this doesn’t seem that unlikely.

Quote: “It’s bullshit generalisation – many sequels have surpassed the originals.” 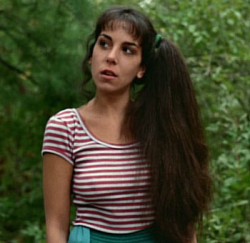 Why? Sour teen Judy is the girl all the boys lust after at Camp Arawak – but she’s a total bitch! Her jealousy over attention afforded to shy Angela sets her on a path of nastiness that culminates with death-by-curling-iron.

Quote: “She’s a carpenter’s dream: Flat as a board and needs a good screw!” 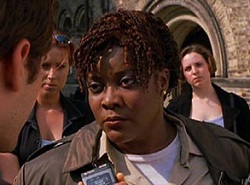 Why? Something of a rarity in slasherdom was the security guard who isn’t an early casualty of the killing spree; Reese is among the first to suspect something fishy going on at Pendleton U, but is shut down by the Dean, and the ultimately plays a hand in saving the day. Twice.

Quote: “Get up against the wall… you looney, psycho bitch!” 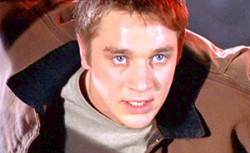 Why? High schooler Alex’s journey from Joe Nobody to prescient hero makes for an interesting change to the customary midwestern white girl lead in teen horror. He’s likeable without being too earnest and heroic without being annoying and improbably macho.

Quote: “[We will remove you from this aircraft]” / “Fuck you, I’ll remove myself!” 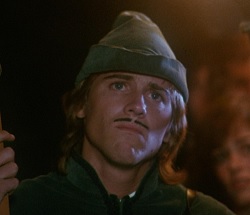 Why? Frat guys in slasher films are usually douches, and while Seth is largely transfixed with getting into Denise’s pants, once the threat is revealed, he switches into hero mode to save his friends, ultimately at the cost of his own demise. 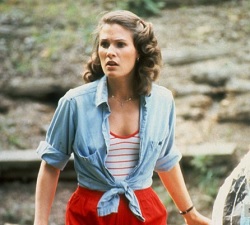 Why? The ‘sensible girl’ at Camp Crystal Lake, Brenda combines smouldering Hollywood Golden Era looks with an endearing, hard-working personality, that likely made her fun to be around.

tagged with Friday the 13th, Halloween, I love Jason, one two Freddy's coming for you..., sequel city, slasher, spoilers