Have you ever watched a slasher film and, when the murderous fiend is unmasked, thought, “I’m strangely attracted to that person?” As you’ll see, it happens to me a fair bit. Are we as demented as they, or is there just something a bit sexy about a knife-toting loon? Here’s my Top 13:

Story: Seemingly jilted by his girlfriend, he kills her on her wedding day and then proceeds to stalk brides-to-be. Needless to say I was on his side fairly early on. 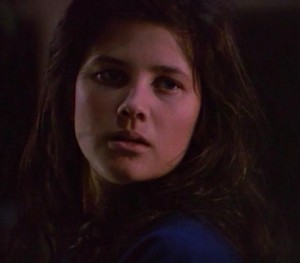 Story: Terri is heroine Kelly’s evil twin. How freakin’ cool is that? Answer: so cool. Anyway, she’s mental but has decided she wants to kill Kelly and become her to go travelling and stuff. Quite reasonable really…

Why-so-sexy? Just look at that cute face! Even with no make-up she’s adorable! Works a good gardening fork too. 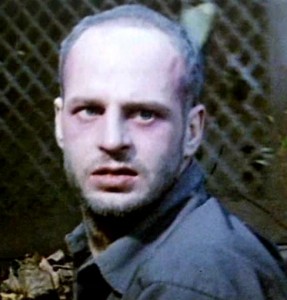 Story: incarcerated for nail-gunning a group of sorority girls in the 60’s, Johns is released in an administrative error (John Howard was the patient they should have released – duh!) and so returns to the sorority house to kill. In 3D.

Why-so-sexy? Premature balding aside, those green eyes are quite nice, as is his mutedness. No office talk to bore you over dinner. Has mother issues though. 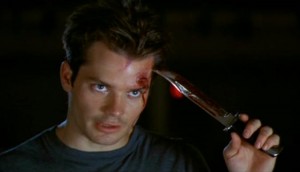 Story: Mickey is Randy’s film student friend, who films a lot of things, thus enabling me to guess his identity two thirds of the way through. I didn’t get Mrs Loomis though. Bad times. Anyway, he likes killing people, no more, no less. 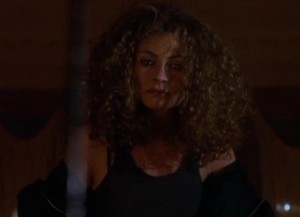 Story: Brenda is fake-best friend to heroine Natalie (Alicia Witt) but secretly hates her for being present at the accident that killed her boyfriend, David, despite it really being someone else’s fault. Now she wants Jared Leto all to herself.

Why-so-sexy? “Looney-psycho-bitch” Brenda is a real smouldering femme fatale once revealed as the killer. Super big hair that would’ve made the hood she donned difficult to get over her head though… Probably wouldn’t take her home to meet Mum. 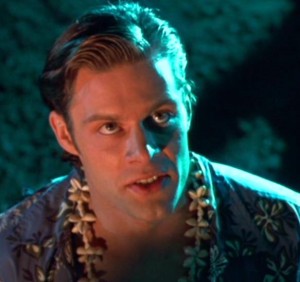 Story: Lars pretends to be a Scandinavian exchange student but is secretly killing people with disabilities or exterior health problems. He murdered his family because they were freaks. So he thought.

Why-so-sexy? When the glasses come off Lars becomes Larry, all confidence and homicidal intentions. Points gained for Keeslar being in Scream 3, then lost for only racking up 4 murders. 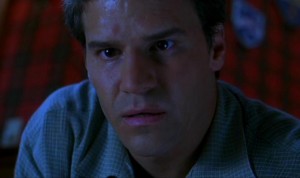 Story: He’s the geek-turned-sex-god, transforming himself from weedy Jeremy who was humiliated at his school dance into sexy – but alcoholic (understandably) – Adam, boyfriend of the final girl, the only one he doesn’t hate.

Why-so-sexy? It’s Angel for one thing. He hath touched Buffy. But contrary to what Denise Richards says, he is capable of an intricate revenge plot, passing the blame to an innocent party and doing it all looking hot. 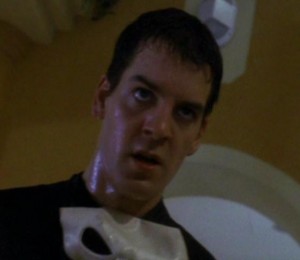 Story: Revealed to be the machete-wielding nut at the end, Frank is just mental and forgot to take his pills. He blames girls for everything and wants to kill them.

Why-so-sexy? It’s never a stretch to peg the British guy as the villain, must be our evil sounding accent. He’s buff and sweaty but loses points for resembling Simon Cowell. 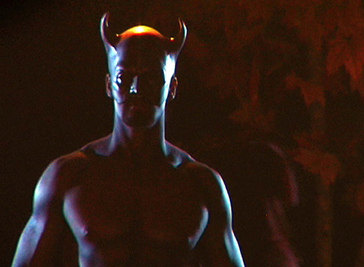 Story: ??? He just turns up at Mardi Gras in West Hollywood (a.k.a. Halloween) and scythes gay blokes for no apparent reason. Maybe the sickle is phallic? 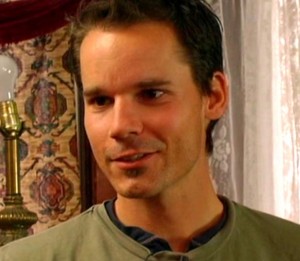 Story: Les is a typical guy-next-door who happens to be planning a murder spree at an old farm and invited reporter Taylor (Angela Goethals) and her film crew along to document it. They can’t help intervening and it becomes clear Leslie has thought things through more than they have…

Why-so-sexy? The boy-next-door image notwithstanding, like Hellbent man, Leslie is nicely buffed and that little under-lip beardy thing is nice. 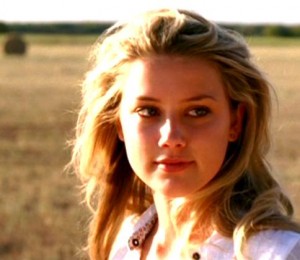 Story: Killer final girl Mandy reveals herself to be a loon just like her patsy, Emmett, who gets the blame for it all while she rides off into the sunset with man-toy Anson Mount. Who knows what’s up with her? Being beautiful and popular obviously has consequences to consider.

Why-so-sexy? She adheres to the blonde, boobular thing without fault. Plus she’s nicer than the other bitchy girls who go on vacation with her. Who’d ever think she was a psycho, eh? 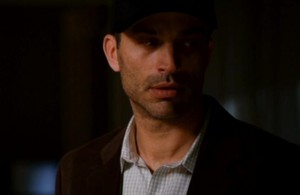 Story: For some reason Mr Fenton was obsessed with terminally-dull heroine Brittany Snow, kills her family and then breaks out a few years later to stalk and kill people at Snow’s senior prom. Yawn. 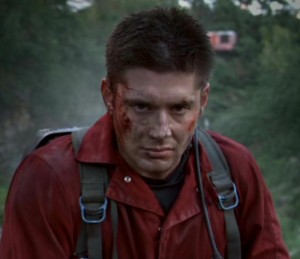 Story: Tom caused an accident, which caused cannibalism, which caused homicide then more homicide and so on and so forth… He went mad over a decade and returned to town to kill people for absolutely no reason, thus exposing how crap the script for this film was.

Why-so-sexy? All-American good looks as per subjects Fenton, Vernon and Melton, impressive biceps when shown and evidently so angered by lack of substance of plot that he wants to kill all associated with it, especially scribe Todd Farmer.

VICTOR: It’s probably best to pick your own winner this month. Alone. In the privacy of your room.

tagged with Face off, grrr men!, me me me!, slasher, spunky final girl, yo! Hollywood