13 things to love about Friday the 13th

It’s that day again… The time of year when a gazillion Jason groupies shove their old VHS into the player and pay tribute to the family Voorhees and all of their unfortunate teenage victims. A bit luckier than Halloween fans who have an unmovable date but once a year.

Anyway, let’s share in my favourite 13 things about Friday the 13th and all glow with a sort of inner harmony. Or just go and watch one of them. 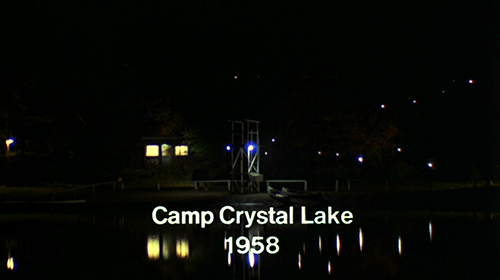 Oh how I love the very notion of Camp Crystal Lake. What a fucking amazing name for a summer camp. None of this patronising theft of Native American words to make it sound all rustic and wildernessy, pure and simple and yet just a little bit spooky, living up to its reputation as Camp Blood. 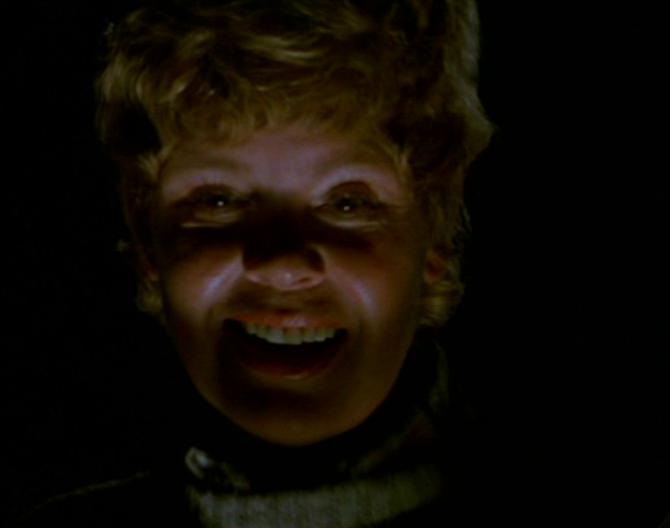 Surely no one can deny the coolness of the blurry, floaty head of Mrs Voorhees at the climax of Part 2; “it’s all done, Jason… You’ve done your job well and mommy is pleased.” And poor, lost puppy-like Jay buys into it for a few moments, reminding us all that he’s only doing what he does because he misses his mommy.

Bodies are tossed through windows, blades shoot through bunks into victims and, seen here, trussed corpses spring from trees, but only when the final girl is about…

4. TALES ‘ROUND THE OLE CAMPFIRE 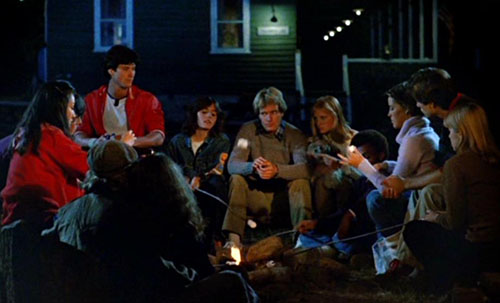 A favourite ingredient in the genre of mine, rooting from here I imagine, the scary tale around the fire, a telling of the creepy local legend. I was happy to see that they resurrected the scenario in the 2009 reboot. 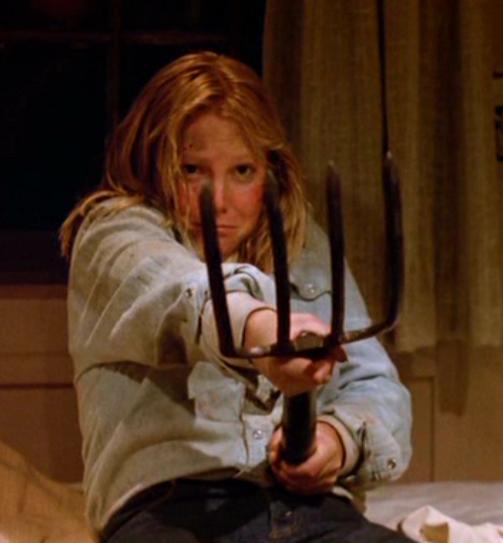 THE Friday final girl of choice for many, Amy perfected the role of Ginny in Part 2, using her skills as a child psych major to best Jason and ultimately survive. Subsequent heroines of Crystal Lake were good but they paled in comparison to the powerhouse of final girl-dom that is Amy.

I’ve never much seen the reason for the endless toplessness at Crystal Lake but it offends me not. I quite like the ridiculous scenarios that initiate the quick removal of blouses and bras. A New Beginning and the reboot are tied with the most nudity and, conversely to those only casually familiar with the films, there’s no skin at all in Jason Lives and only fleeting glimpses in the original, Part III and Jason Takes Manhattan. How the hell do I know this shit!? 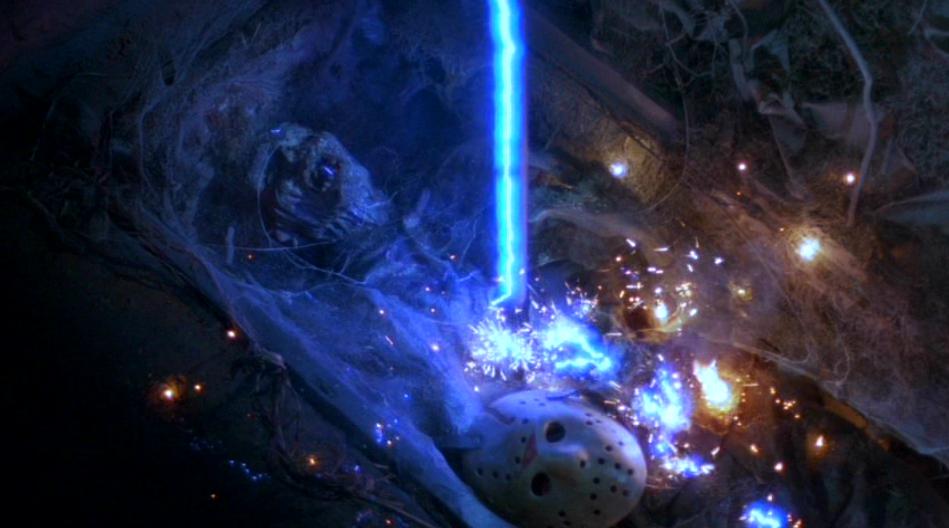 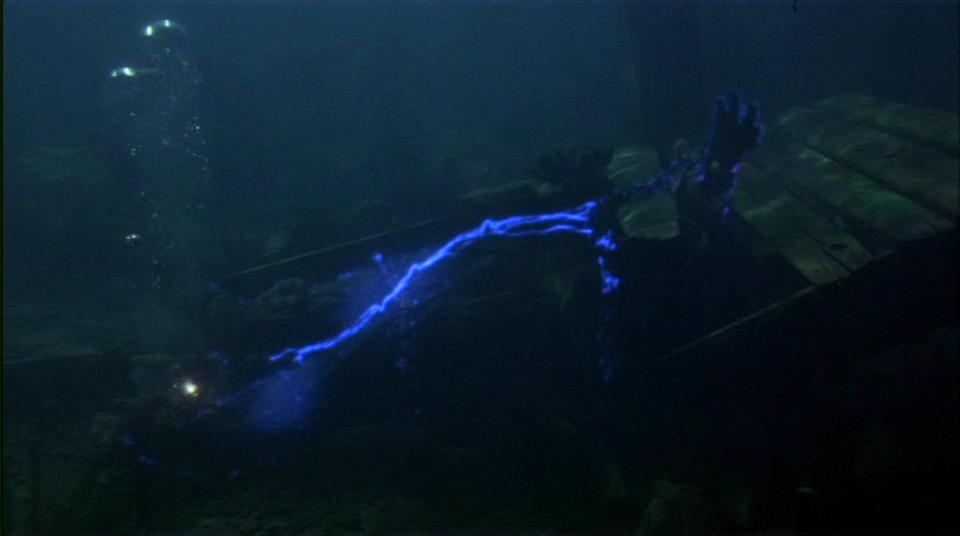 So he can survive a machete in the shoulder and an axe in the head but once he was properly ‘killed’ by Tommy Jarvis, Jason found some obscure methods of coming back from the dead over and over – or rather these ways found him: lightning bolt, underwater electrical current and even psychic chick, proving you can’t keep a good psycho down.

Before the iconic hockey mask, there was the sack. Hell, it creeped me out big time when I first saw it. That lone eyehole combined with the dungarees and the check shirt making Jay look like some sort of mutant potato sack head farmer.

9. FACES OF THE FUTURE 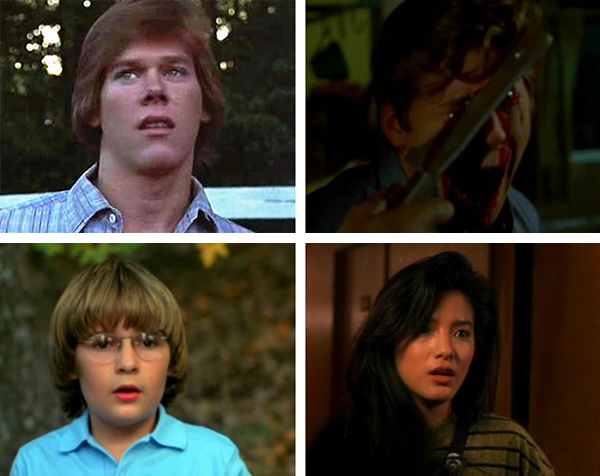 Considering there are 12 films in the franchise to date, it’s a curiosity that there are only a handful of well known names dotted throughout its history… Kevin Bacon is likely to forever remain the most famous actor associated with the series prior to his fame ‘kicking in’. Little Corey Feldman debuted in The Final Chapter alongside Crispin Glover and sorta-famous Kelly Hu played Eva in Jason Takes Manhattan. 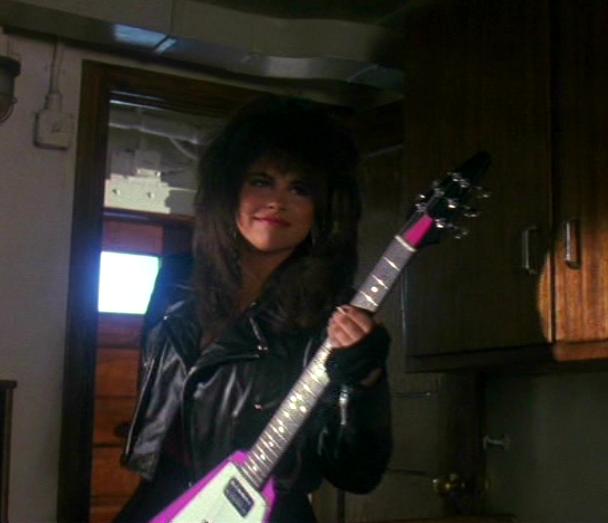 The 80s were littered with unique self-styling, from the mullets scarcely seen through the Jason movies to this, a whole look best summed up by punk guitarist JJ (Saffron Henderson) in Jason Takes Manhattan.

Yet again I defer to Part 2 - my favourite – for the short, sharp shocks that punctuate it: this is a great case in point… Ginny (that lovely Steel woman again) shuts herself inside a small bathroom and waits…listens…slowly leans away from the door to try the window and then… ARGH!!!

The Burning, Madman, Sleepaway Camp (and its sequels), Cheerleader Camp, Bloody Murder (and its sequels) and Camp Daze all replicated the summer camp setting to slightly different effect. Some even had kids at the camps and opted killing them off. Proof of just how influential a critically panned $500,000 B-movie is.

Where would we be without Jason himself? The malformed 11-year-old who reportedly drowned in Crystal Lake in 1957 because the counsellors weren’t paying any attention, they were making love while that young boy drowned etc… He’s a true icon for a bunch of twisted reasons but who cares… Jason, we love you!

tagged with before they were famous, calendar carnage, Friday the 13th, I love Jason, Nu-di-ty, remake, slasher, spoilers, summer camp, the 80s