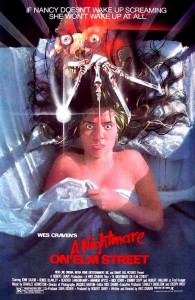 A NIGHTMARE ON ELM STREET

Dire-logue: “I had a hard-on when I woke up this morning, Tina, had your name all over it,” / “There’s four letters in my name Rod, there’s not enough room on your joint for four letters!”

There are no perfect films (with the possible exception of Romy & Michele’s High School Reunion) in the same way that there are no entirely merit-less films, even more so in the realm of the slasher flick, so it’s a rarity when something excellent comes along. By 1984, I’d imagine most people were sick of masked killers hunting down teenage prey until the last girl saves the day – and then came Wes Craven’s low-budge indie flick with a bizarre little name – shouldn’t it be called Suburban Sleepover Massacre??

Everyone should know the twisted genius at the core of the Elm Street model: Don’t…fall…asleep. It’s perfect in the way that the lore of Jaws was don’t go in the water. Sleep is something even more impossible to avoid and when you’re a hormone-riddled teenager, your parents aren’t going to believe your tales of recurring nightmares about the claw-fingered madman who really is trying to kill you. Mom…he, like, really, really is! 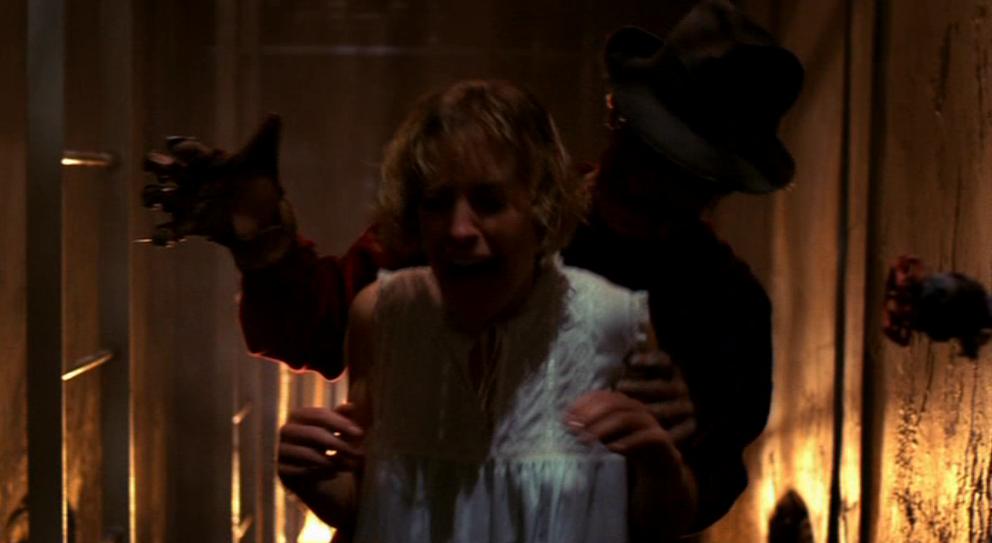 High school BFF’s Tina and Nancy discover they shared the horrible dream of the toasted guy in the Christmas sweater who freaked them well and truly out. Nancy’s boy-toy Glen tells them that’s impossible but, from his reaction when the girls describe their tormentor, he’s had the nightmare too. When Tina is brutally slain during a sleepover party, her dodgy on-off boyfriend Rod is blamed by Nancy’s Lieutenant dad and soon tossed in prison. 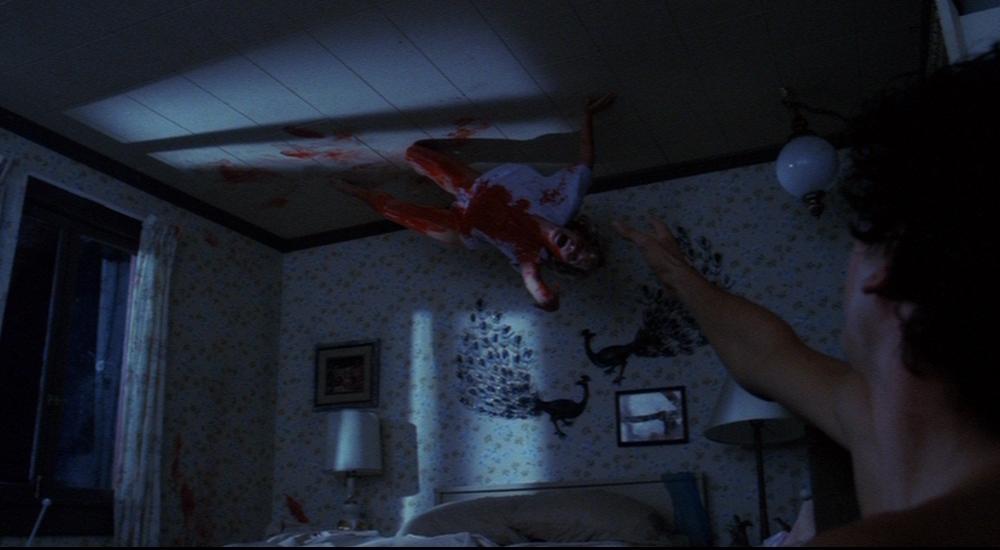 While parents and authority figures simply accept that Rod killed Tina, Nancy becomes convinced that it was the man in her dreams and resolves that to avoid becoming his next victim, she needs to stay awake. Cue parental meddling, peer-disbelief and a memorable trip to a sleep clinic and Elm Street‘s Ace is thrown into play – Nancy has to stay awake by any means possible: pills, bad late-night TV and a helluva lotta coffee from the percolator she hides in her room.

There’s no point in me going through the rest of the story – if you’ve not seen it, what the hell are playing at!? I avoided this film until I was 19 thinking it would scare the hell out of me and, curiously, it was during my second viewing that the film left its frightening imprint: this means it rocks! 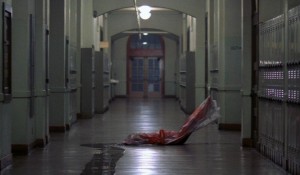 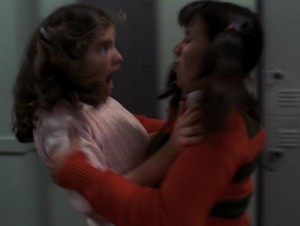 Heather Langenkamp-enschultzenfuss is more than your average slasher flick heroine: she is the centre of the film, far more so than Freddy, who became the linchpin of later sequels (in accordance with Robert Englund’s ascent to top billing), and so a lot rests on her shoulders. As the girl next door type, Nancy is nothing but convincing and her descent into the nightmare (both literal and figurative) is the essence of the story, although things trip over themselves somewhat when she rigs her house with countless Home Alone-type traps, has a heart-to-heart with her mother and falls asleep to battle with Freddy inside a twenty minute window. 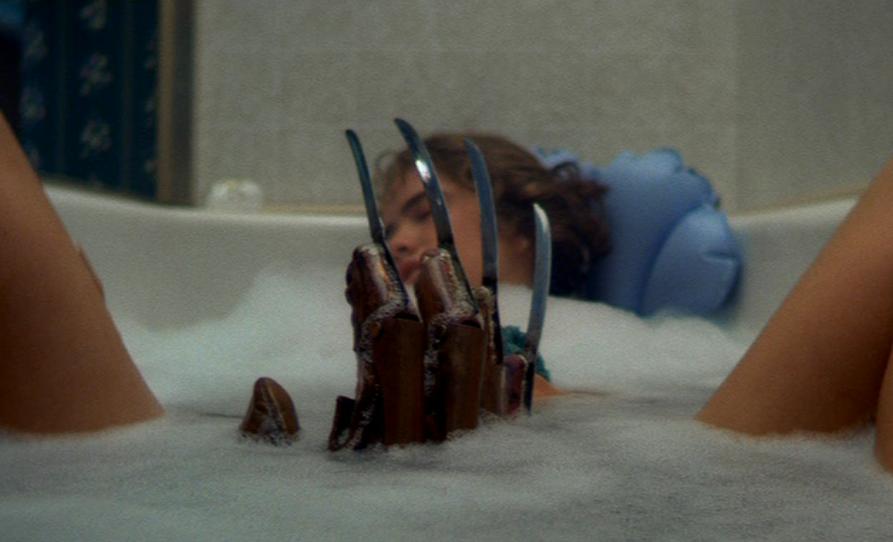 Johnny Depp’s debut is a much-fussed element: as the leading guy, his job amounts to little more than standing around and looking pretty whilst not taking Nancy’s claims seriously and, eventually, dying. But he does fine in the role although we never get to see into his nightmares, nor that of any other male character as a matter of fact.

Craven’s creative streak peaked here, packing in so many great themes and ideas from the genuinely creepy skipping rope song – which has become an anthem of its own – to the allegorical subtexts of the Vietnam War: apparently Craven was riffing on untold truths which return and kick the younger generation in the ass. Here, the sins of the parents are revisited on their kids. 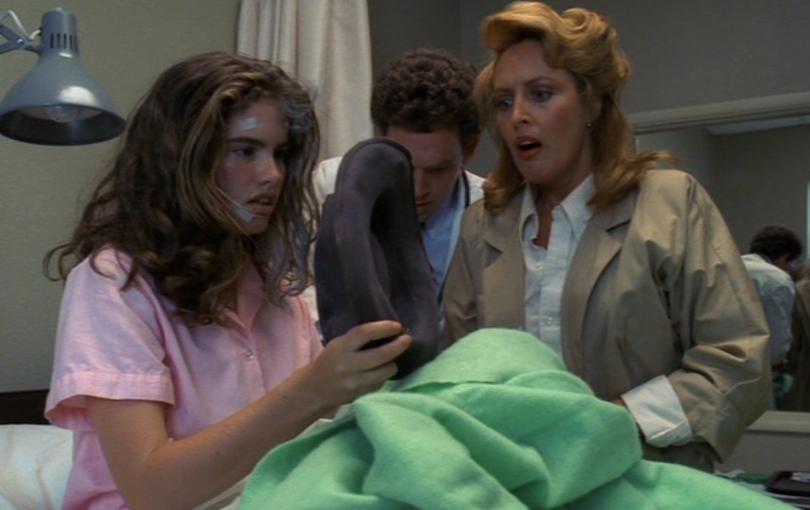 Very little hasn’t already been written about Elm Street in the quarter century since its release, so why even bother reviewing it? I could’ve just given it five stars and written “Awesome!” next to it. It is a classic, the nightmare imagery still stands (I love the squishy staircase) and only some of the technology and Nancy’s ever-increasing hair mass date it, elements that, compared to the flaws in the remake, are minimal, proving that it never required re-booting at all.

Craven never wanted Freddy to become a franchise and while some of the sequels sucked a bit (5 and 6 I’m looking at you!!) I’m glad it did; of the three major slasher franchises, A Nightmare on Elm Street has the best story arc, bucked in Part 2, but back on track all the way through the 80s films until FK became a caricature and the films drifted further away from the sleep = death goldmine of a premise. 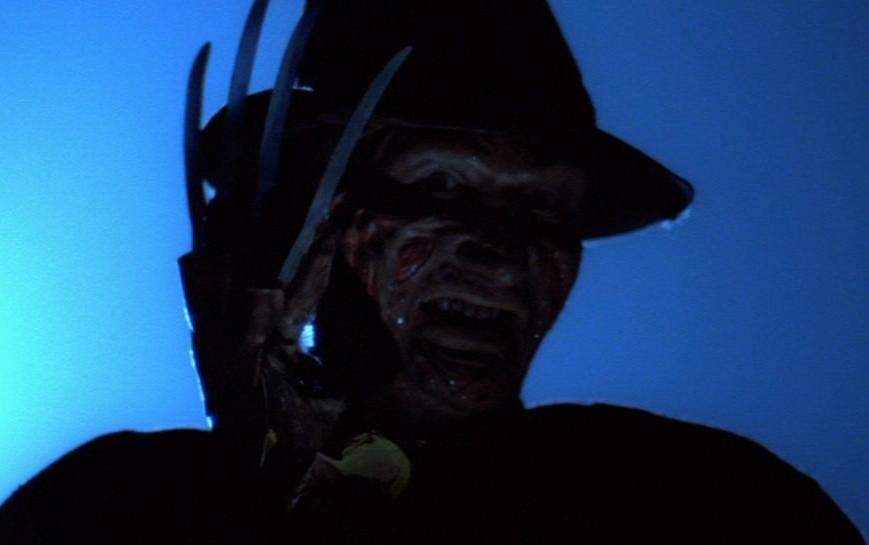 In 1984, A Nightmare on Elm Street was made for about $1.8million and a lot of love. In 2010, It’s CG-heavy remake was made for $35million. Which one do you think people will remember in another quarter of a century?

BIG-blurbs-of-interest: Englund returned to his career-making role all the way up to 2003, starring in eight Freddy films and his own syndicated TV series (which was crap, by the way) and has cropped up in many a slasher flick including Behind the Mask, Hatchet, Heartstopper, The Phantom of the Opera and Urban Legend. John Saxon returned for Elm Street 3 and the New Nightmare and was also in The Baby Doll Murders, the original Black Christmas, Tenebrae and Welcome to Spring Break; Heather Langenkamp also came back for 3 and 7. Nick Corri, under his real name Jsu Garcia, was in Teacher’s Pet; Charles Fleischer was in The Back Lot Murders (which also had a cameo from Ken Sagoes from Elm Street 3); Depp has starred in big budget variants From Hell and Sleepy Hollow; Mimi Craven was later in Mikey. Craven also directed Deadly Blessing, The Hills Have Eyes Part II and the Scream trilogy. 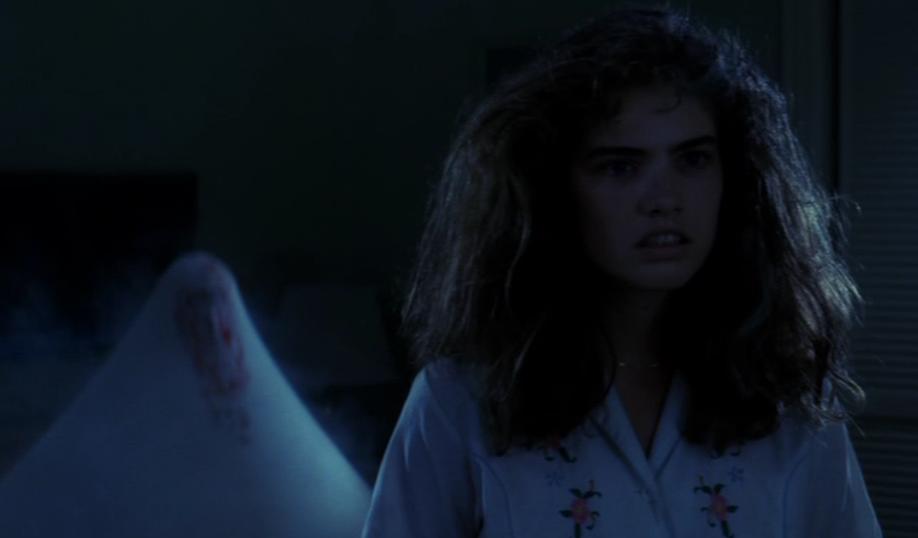 By the finale, Nancy grew her hair so big that even razor blades couldn’t penetrate it

tagged with before they were famous, fusion slasher, gore o'clock, hair don'ts, one two Freddy's coming for you..., spunky final girl, star power, the 80s