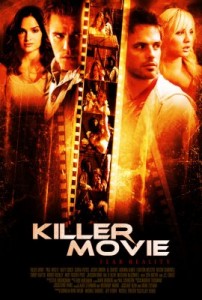 A TV crew are making a documentary about a hockey team who, after 100 years of failure, look set to make the state playoffs. When the director (JC Chasez from N Sync) is fired by bitchy producer Lee, recently out of work and dumped stand-in Jake is summoned by schmaltzy agent-to-the-stars Seaton (Nestor Carbonell, who plays the guy who never ages in Lost).

Jake is packed off to White Plains, North Dakota, with his dog Bongo to pick up where things were left, which coincides with the murder of a local girl, though as always is the case, the locals are told it’s just an accident. The kind of accident one has when driving a quad bike into a piece of wire suspended between two trees… Bitchy Lee informs Jake that the hockey show is just a front and that the real story is about the series of ‘accidents’ that plague the township. Dead chick’s dad has just been released from prison and is thus suspect number one. 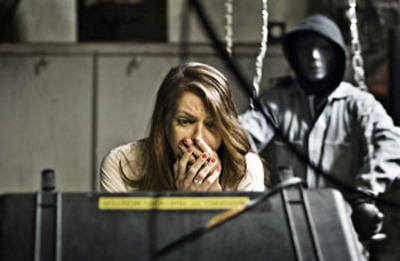 Shot as the far better sounding Dead of Winter, Killer Movie functions differently to your usual slasher pic, using interviews with the crew members to fill in gaps rather than have them awkwardly acted out. This informs us that things are about to get worse with the arrival of Blanca Champion, a Hilton-like ‘actress’ – played by Cuoco of The Big Bang Theory - who wants to be taken seriously in her next role as a TV producer and so signs on as an assistant for the documentary. Meanwhile, bitchy Lee is seducing nubile PA Phoebe, the sound guy and Blanca’s male assistant are both lusting after her and Jake only finds sanity with Kier (can’t remember what her job was) and camera guy Luke.

There are a lot of characters to deal with, including some locals: dead chick’s boyfriend, who is the hockey team star, his dad, who doubles as the coach, a bimbo cheerleader, the bolshy cheerleading coach, some more crew members and finally the killer to trim the roster and make it easier to manage things. 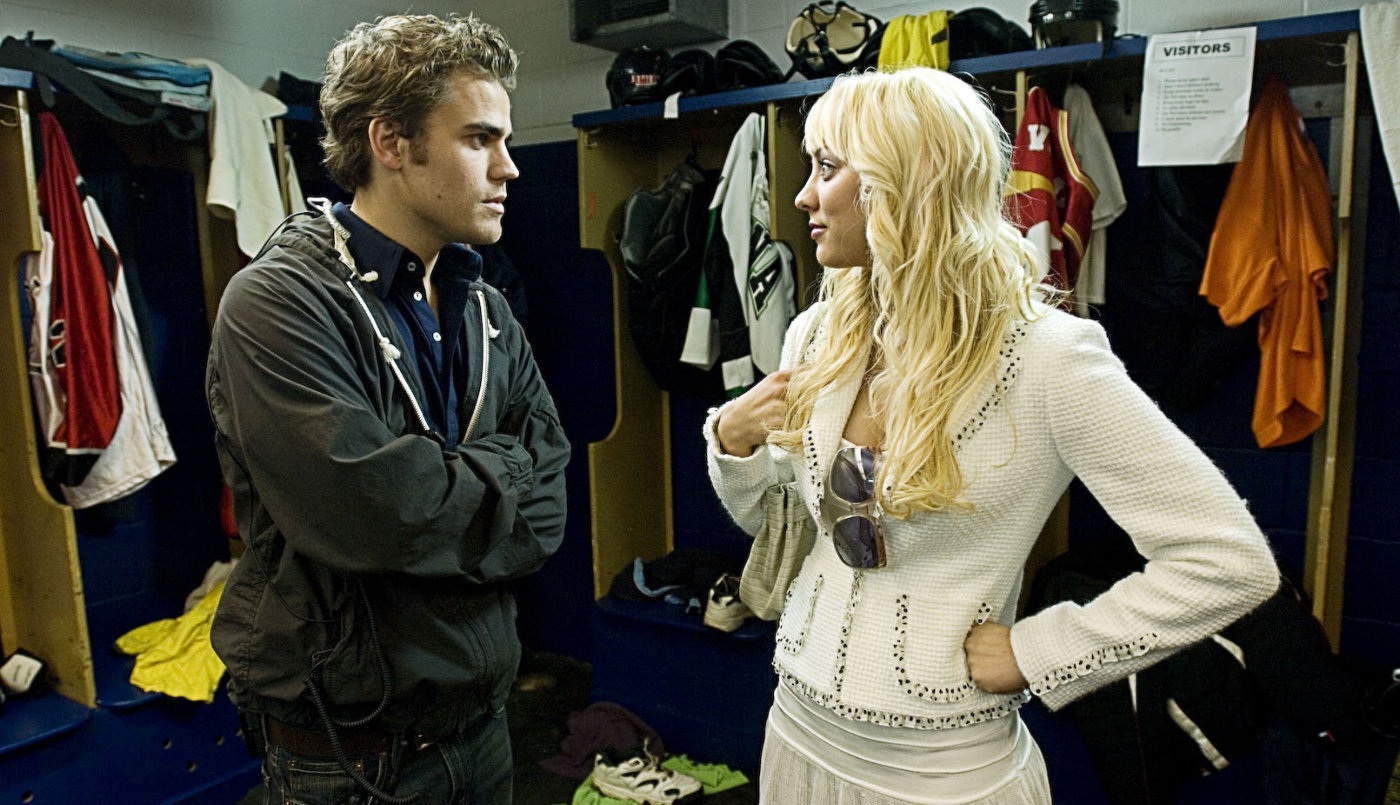 Hooded and masked, the loon begins offing the crew – all the while making his own reality show – and some of the locals one by one, usually pretty gorelessly, although there’s a neat hand-loss moment and lots of bodies are found missing heads, with slashed throats et cetera. As numbers shrink, Jake and the smart ones become wise to what’s more than likely to be going on and try to round everyone up to escape, leaving ditzy Blanca alone at the school… “Come with us or stay here” / “both those choices suck!”

With a decent whodunit subplot, Killer Movie is, for the first two thirds, an engaging and well made film, with an emphasis on the authenticity of the production and stocking it with likeable characters (unless intentionally otherwise), marred only by Blanca’s comic relief, which is too off the wall to mesh well, especially when she faces off with the killer and also the pointless lesbianism, which is becoming annoyingly frequent – would they ever show two guys making out? 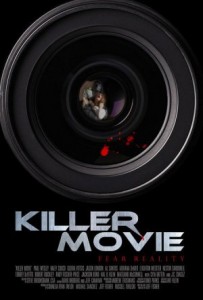 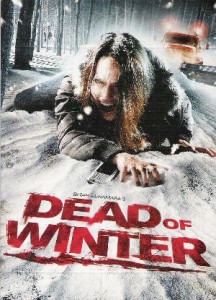 Things begin to fall to pieces once the fiend is unmasked: it took me several minutes to even recognise the schmuck and the motive provided made little to no sense when you think back to some of the earlier killings… This doesn’t ruin the film so much as it stops it becoming a hidden gem, which is a shame as it does so well for the most part. There’s some good dialogue, the stalking scenes are reminiscent of old Friday the 13th‘s and the soundtrack is well selected (especially Benjamin Bates’ credits song Two Flies.) Originally intended for a theatrical release, things fell through and it ended up going to DVD instead but uber-observant slasher connoisseurs should be able to pick out the many familiar faces as noted in the blurbs…

…of-interest: Kaley Cuoco was in The Hollow; Gloria Votsis was in Train; Cyia Batten was in The Texas Chainsaw Massacre: The Beginning; Al Santos was in Jeepers Creepers II; Torrey DeVitto was in I’ll Always Know What You Did Last Summer; Robert Buckley was in When a Killer Calls; Jason London was in Mask Maker.

tagged with after they were famous, gay stuff, slasher, yo! Hollywood