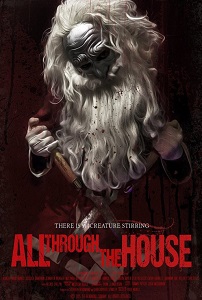 ALL THROUGH THE HOUSE

“There is a creature stirring.”

Laughter Lines: “Jonathan Curtis ruined my childhood!” / “Strange how you lost your virginity to him…”

Nicely put together but ultimately disappointing chapter in the Killer Santa subgenre, which plays enough like the recent Silent Night remake to make a dog tilt its head in confusion. Spoilers follow.

Non-descript girl Rachel (who is she? what does she do?) drops by to see her potty-mouthed wheelchair-bound grandmother during the holidays, and is cajoled into helping the slightly kooky neighbour Mrs Garrett put up decorations later that night, after some last minute shopping with her gal-pals, who tag along to help out.

Meanwhile, a wackadoo in a Santa outfit and admittedly creepy grey mask is slashing and shearing various locals, chopping the dicks off the male victims, both of whom are ambushed while prepping for sex. Most of the slain are scantily-clad women as usual, including yet another pair of yawn-inducing token lesbians. Seriously, when will this fucking annoying trope end? It’s in everything. 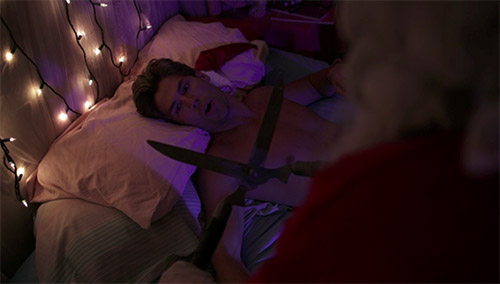 Rachel wants to find out the truth about her mother, who she believes abandoned her, and also about Mrs Garrett’s housebound daughter, Jamie, who vanished fifteen years earlier. It’s all related of course, people are keeping secrets, blah blah blah. More women are slashed up until Rachel stumbles into the trap the (obvious) antagonist has set, and the overlong final act/chase/exposition tick-tocks by.

By the end it’s the same old same old domineering mother-raises-genderless-child nonsense. Naturally, this makes the killer angry towards women, but not men. How about an asshole Dad for once who makes his offspring pissed at jackass guys rather than bimbo babes? At the start, it looked as if All Through the Night might elevate itself above the pitfalls that plague low-end slasher films, its better-than-usual production unities aiding to some degree, but the gore FX are overdone and the sexism is uncomfortable. 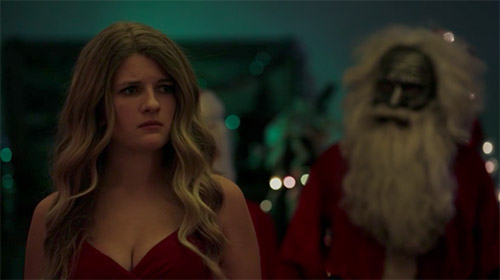 Blurb-of-interest: Jessica Cameron was in The Sleeper.