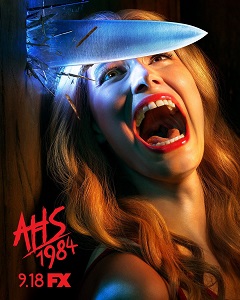 Before being mercifully put out of its (and our) misery, Ryan Murphy’s earlier attempt at a slasher TV show, Scream Queens, was slated to have a season set at a summer camp. However, people ran faster from it than celebrities from a Trump endorsement proposition, and it never came to be. Big spoilers.

In all likelihood, many of those ideas were exported to the far more wide-reaching American Horror Story, for its ninth season. While I only saw the first three seasons of the anthology series before I moved abroad, I heard it was starting to struggle after a while. I picked up at Apocalypse (the eighth year), which I found fine in its own batshit crazy way, and hoped for a good slasher-based yarn in 1984, to be set at a summer camp. YAY. 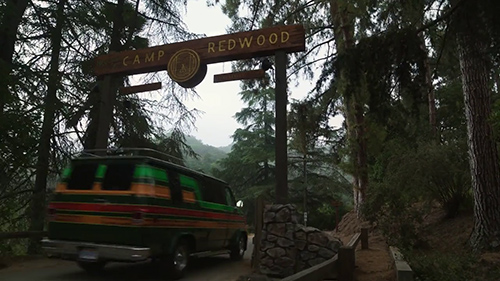 While far from the sledgehammer-to-the-screen inviting disaster that was Scream Queens, 1984 is nevertheless something of a chaotic mess, that plays out like the ideas tank was empty after just a few episodes and so the writers just began tacking on ‘the other massacre’ that occurred even before the previous other one. But wouldn’t someone have already mentioned that?? Apparently not.

In 1970, the janitor at Camp Redwood, CA, slices up the inhabitants of a cabin. Known as Mr Jingles, the loon is put away and the camp is re-opened fourteen years later by the sole survivor, questionably unhinged puritan, Margaret (Grossman). Due to the camp’s rep around those parts, she can only attract a few counsellors, in the shape of a group of friends from LA: wannabe actor Xavier, failed athlete Chet, nice-guy orderly Ray, aerobic instructor Montana, and newbie Brooke (Emma Roberts not doing her acid-tongued schtick for a change), who agrees to go at the last minute, when she’s attacked in her apartment by the Nightstalker serial killer, Richard Ramirez, who swears he’ll track her down. They’re joined there by the activities director Trevor, Nurse Rita, Chef Bertie, and a delirious hippie they accidentally ran over nearby. 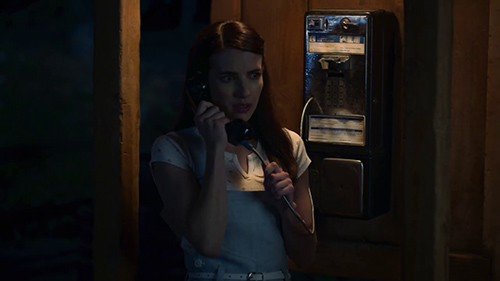 Being 1984, the entirety of the backdrop is swimming in big hair, spandex, and people saying ‘rad’ a lot. Of course, Mr Jingles escapes his institute on the same day and heads back to camp, arriving at the same time as Richard Ramirez, and the bloodbath is underway pretty damn quickly, with a few intermittent flashbacks to the questionable lives of the counsellors, who have been engaged in hazing accidents, steroid abuse, and wedding day murder-suicides.

That all of this occurred in the first episode, I was concerned 1984 would run out of creative kills and Ghostbusters jokes too soon. The first five episodes are set almost entirely during that first night, and it’s clear (all too soon) that there’s a supernatural element at work, as people who die seem to reappear alive and well. Anyone who remembers the first season, Murder House, will recall that those who haunt said abode died there, and are forever stuck within its walls. Well, Camp Redwood is the same: You die there, you’re stuck there. Although later rules around not being able to leave the camp were thwarted in the very first episode when the hippie character was on the road outside… 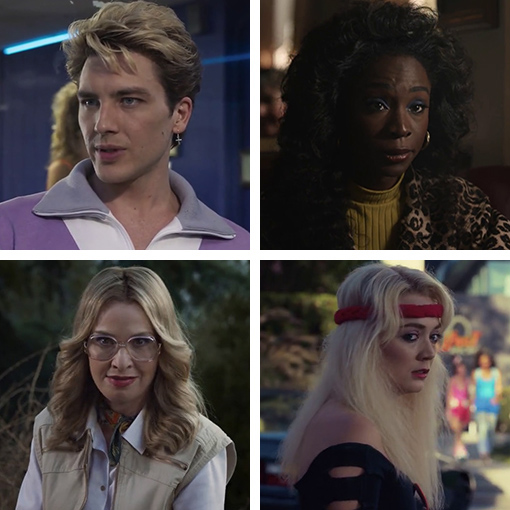 Things fast forward to 1989 as Brooke, sent down for the murders, faces her death sentence, while Margaret – revealed to be the real culprit – tries to capitalise on her ownership of the place by holding a music festival there with the intention of killing everyone who comes to it (Kajagoogoo are the unfortunate first arrivals). Mr Jingles is forced to abandon martial bliss to return to Redwood to clear his name and end the horror for good. Brooke comes back (after the strangest roller-rink scene, which allegedly makes five years in prison all better). Ramirez comes back. Another killer turns up too.

While things wrap up neatly at the end of episode nine, it couldn’t feel more obvious that whomever was running this show gave up to some degree. Somewhere in the middle, it’s revealed that there was another massacre at the camp in 1950, when Mr Jingles’ mom went berserk after her other son died in the lake, but this goes curiously unmentioned by anyone up to this point. Then, the ‘thirty years later’ arc at the end, Emma Roberts appears absolutely unaltered, with a throwaway line about fillers to excuse the fact a woman who should be in her 50s looks exactly the same as she did in her 20s. Honestly, there’s literally no ageing makeup in sight. 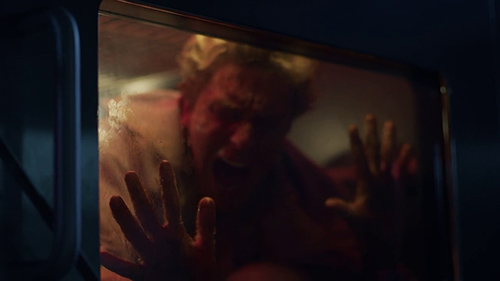 Billie Lourd gives a good speech about women being blamed for the violent crimes perpetrated by men, which would be an awesome summary if the sequence of events in 1984 didn’t trace back to the rage of a woman, who then convinces another woman to embark on a killing spree and frame a man for it.

OK enough moaning. There is some fun stuff here, most of it early on in the more Friday the 13th-ey episodes: Brooke’s frantic chase through the camp, the payphone ominously ringing outside in the storm, Shocker‘s Mitch Pileggi as the clinic warden, and the Halloween homage with the lunatics running amok. Trademark bitchy-dialogue from Ryan Murphy’s favourite actresses is somewhat reigned in, but there are some cute gags throughout: “What do people think of the 80s? Did Judd Nelson ever get his Oscar?” 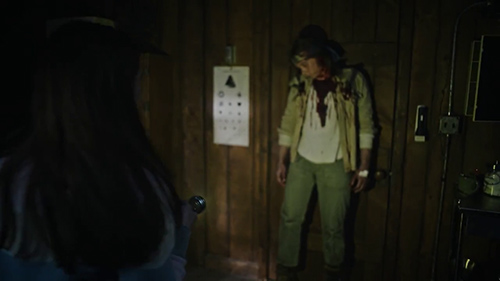 In a meta-way, 1984 showcases over nine episodes the kind of deranged chop-and-change effect that killed the at-the-start awesome Glee, when it seemed that those writing the show had a much lower boredom threshold than anybody watching it, so flipped around romantic partners, character motivations, and allegiances on an almost weekly basis. Here, the frenetic “let’s add another killer!”, “let’s add another massacre!” goes way beyond even the worst written slasher films of the 1980s.

Blurbs-of-interest: Roberts and Lourd were in Scream Queens; Roberts was also in Scream 4.