Childhood living is hard to do 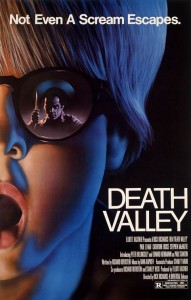 “Not even a scream escapes.”

Little Peter Billingsley (then aged 11) goes on vacation to Death Valley with his mom (Hicks) and her new beau (LeMat) and picks up a tacky trinket when he explores an abandoned RV in the desert. The teenage occupants of said vehicle have already been wasted by a knife-toting maniac who wants the gold that’s said to litter the valley floor and has possibly been murdering tourists for yeeeaaars… Or something.

Petey later sees creepy cars and waiters wearing a matching piece of jewelry, one that could place him at the scene of the murders, p’haps? Naturally, the adults don’t believe him but Sheriff Wilford Brimley investigates and the killer comes after Petey, offing a couple of other wrong-place-wrong-timers on route before the big chase finale.

Death Valley is a clunky film, aided no end by the on-location Arizona photography and electing a child hero rather than the usual teenage girl and also benefits from a strong cast of semi-knowns making the most of their slim roles. On the flipside, the bloodletting is almost as dry as the desert sand and there’s definitely room for some cranked-up tension that never really comes into play. 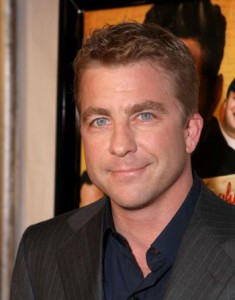 All the same, I kinda dug this one and, impressively, Billingsley still acts and has grown into quite the handsome fella if I say so myself, recently appearing in Iron Man.

Death Valley is one of those films that would probably benefit from a decent overhaul. Now I’m not advocating remake culture, but I’d rather see this “re-imagined” over something that doesn’t require a facelift.

Blurbs-of-interest: Catherine Hicks was the lead in Child’s Play; Stephen McHattie was later in The Dark Stranger; Wilford Brimley was in 10 to Midnight.

Say It With Pick-Axes 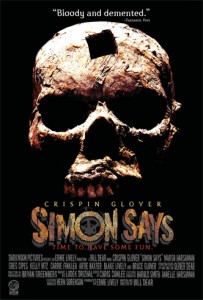 “Time to have some fun.”

Dire-logue: “You gotta die sometime. May as well be high!”

Familiarity is the mojo of the slasher genre, there’s a certain comfort in consistency, a feeling like you’ve been to these woods before, camped with these campers and all will turn out just as you expect it to. In Simon Says, a quintet of all-American high schoolers drive their VW camper into the woods to pan for gold, have sex, get stoned et cetera. So far, so familiar. It’s very Texas Chainsaw, only this time they don’t pick up the hitcher who, instead, gets slaughtered by a flying pick-axe no sooner than their van disappears around the corner. 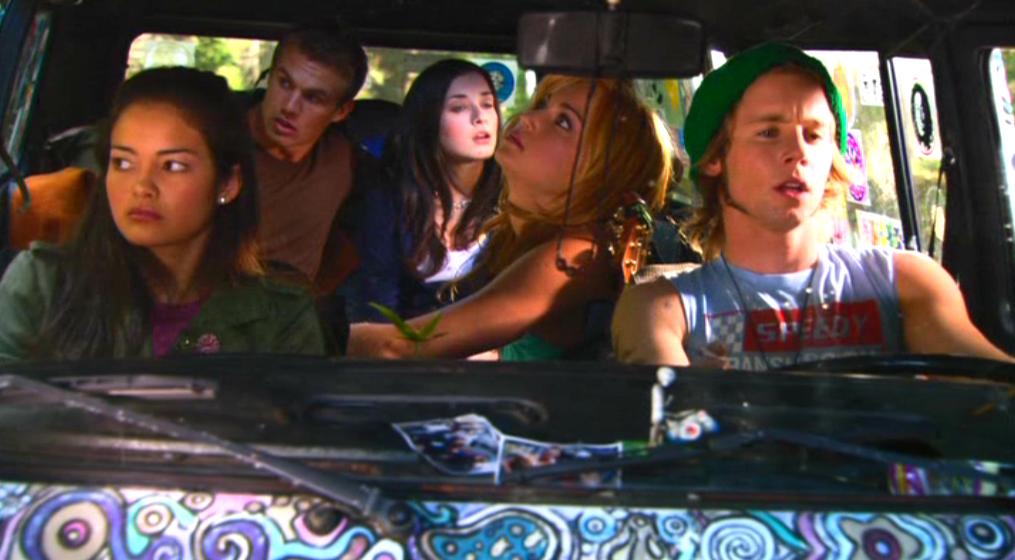 The group stop off for gas n’ eats at the neglected station run by ‘retarded’ Simon and his sharper identical twin bro, Stanley, both of whom are played by professional weirdo Crispin Glover – Young George McFly. He adequately weirds them out and sends them on their way to a local campsite “where the murders took place…” Well, disappearances actually, although we know better thanks to some handy flashbacking.

Before long a new set of murders begins as teens split off from the group, some paint-ballers run afoul of Simon…or Stanley? Dressed as a bush! The pick-axe flavoured kills make use of hundreds of the damn things and, at one point, the number of them flying through the air must go into triple figures as Simon/Stanley unleashes his deadly contraptions that fire them at fleeing teens. 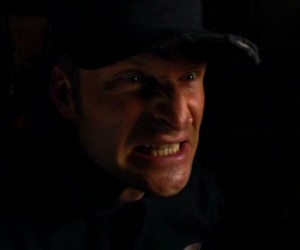 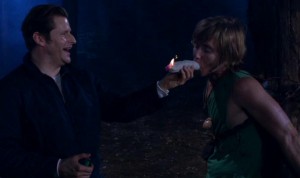 Numbers dwindle until only the twins’ “dream girl” Kate remains and must unfurl Stanley’s expo of bizarre lines to figure out what the hell has been going on… You’ll fare no better as Simon Says appears to only have the goal of head-fucking the viewer until you’d happily smash your own face into a cannon of pick-axes. 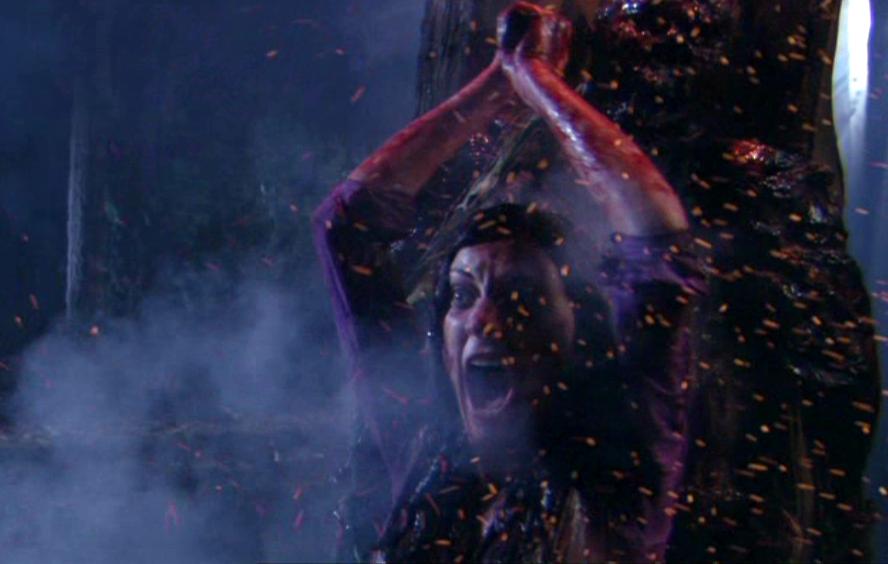 That’s the problem at the core of the film; while it hands us conventionally anodyne characters with one hand, it repeatedly smacks its own forehead with the other at the same time as it puffs pot fumes into our face. It’s that weird. Who’s the bird on the horse? Why is Blake Lively’s name on the cover when she’s in the film for less than three minutes? Is the comedy intentional? Were they stoned? Geez, McFly, straighten this out!!

OK, watch it: try to enjoy the sticky CGI gore effects and Glover’s demented drawl but don’t ask me for an explanation!

Blurbs-of-interest: Glover played Jimmy in Friday the 13th: The Final Chapter; Margo Harshman was Chugs in Sorority Row; Carrie Finklea was in both Harvest of Fear and its sequel The Path of Evil; Bruce Glover (Crispin’s dad) was in Night of the Scarecrow.