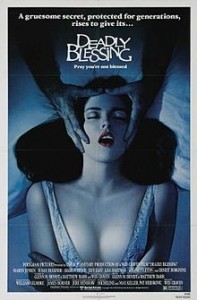 Dire-logue: “She’s so dumb she couldn’t pour piss from a boot if [the] instructions were printed on the heel.”

All hail this entry for Final Girl’s Filmclub, another of Craven’s early ones that gets little attention. But at least nobody’s remade it. Yet.

Set in a region of Texas inhabited by the sub-Amish ‘Hittites': Bible-bashing, God-fearing folk who make the devotees of He Who Walks Behind the Rows look like 60s flower children. 70s disaster movie fixture Ernest Borgnine is Isaiah, their leader, and wears a dodgy stick-on beard. They brand all outsiders as followers of the Incubus, and the more naive members of the tribe enjoy tormenting the few non-Hittite locals at nearby farms, including Isaiah’s son, who was shunned for marrying outside the religion. 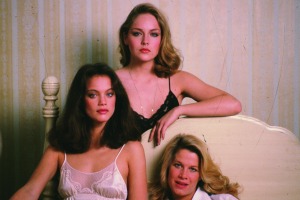 When said sonny boy is suspiciously run over by his own tractor (hey, it can happen – ask Brian Harvey), his widow Martha (Jensen) invites a couple of gal-pals from the city to come and stay. One of them is Sharon Stone. Whoop. The other… looks… sort of… “special” in this pic. Actress Buckner previously played prissy Patti Simcox in Grease. Therefore her “specialness” is allowable just this once.

Creepy incidents soon begin and gradually escalate to a series of stabbing murders of both Hittites and outsiders alike. Naturally, puritanical Isaiah and da crew believe it’s the work of the Incubus and his/her followers, but Martha and friends think otherwise…

Titanic composer James Horner conducted the lush score and the film is dotted with familiar faces from other Craven films, as well as scenes that he seemed to later recycle in other work:

Baths are bad places to be in Craven flicks

The slasher sub-plot appears as more incidental than anything, as Craven does his best to avoid replicating moves already made by Carpenter and Cunningham. Though it should be noted the identity of the killer seems at least partly indebted to Friday the 13th and predates the shock finale of a certain other summer camp slash-fest, but it works against the peculiar cultural landscape.

In a way, it’s sad that Wes’s later achievements have overshadowed this very competent and occasionally out-and-out terrifying film. Who hasn’t encountered a blindly religious person yelling in their face with such ferocious belief before? In fact it’s let down only by a bit of a cheapo last second shock that unravels the tight ball of credibility he’s wound over the previous 90 minutes.

I’ve only seen this the once and quite a long time ago, so here’s hoping we get a Region 2 release at some point.

One weird thing I noticed while researching the film is that while it was one of megastar-to-be Stone’s first films, neither Jensen nor Buckner acted in any subsequent movies, according to their IMDb pages. Sad face. 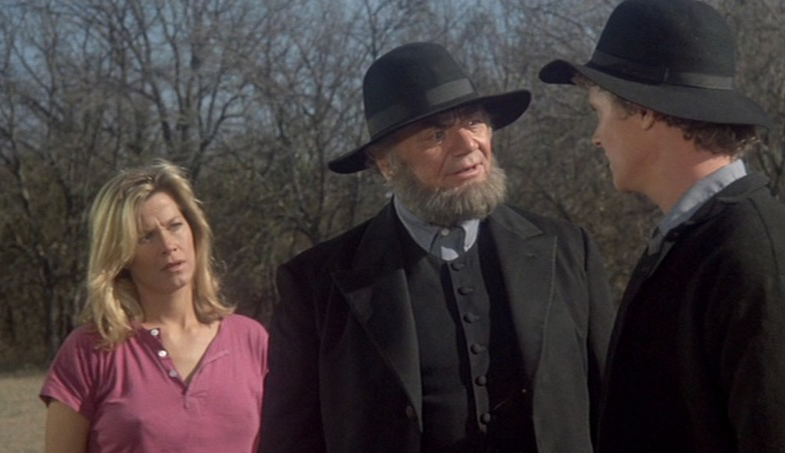 “The Incubus… It capsized the Poseidon, ye must know! I was there!”

tagged with before they were famous, Final Girl Filmclub, Friday the 13th, one two Freddy's coming for you..., Scream, slasher, star power, the 80s, weird-ass twist