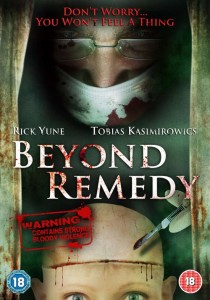 Six young physicians volunteer to participate in a radical form of confronting therapy to rid them of the fears and phobias that obstruct their career paths. Pretty Julia is scared of blades (handy in a slasher film) after failing to give her dying brother a tracheotomy. There’s also the dark, claustrophobia, vertigo, and mirrors.

Professor Gingrich’s (cheapo Christopher Lee clone, Gant) methods are harsh enough but there’s also a scrubs-and-chainmail-clad killer who starts to do away with the youngsters one by one.

This German film has English audio, some decent setups and creepy imagery from time to time – the apples and blood work quite well when they appear – but suffers from characters who choose split up at the most unlikely time and a budget that means gunshots are presented as feeble clicks rather than big bangs.

Better than some of the other experiment-based slashers and the killer is interesting, if not entirely obvious, but too little in the way of scares or tension and some of the murders are damp squibs – despite what the cover says about ‘strong bloody violence’. 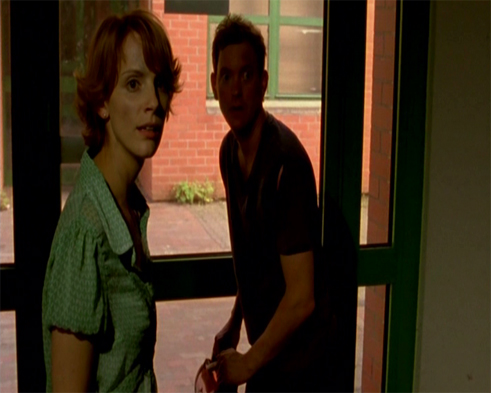 tagged with accents from hell, Euro-horror, obvious identity of killer