Crystal Lake revisited. Without the lake. 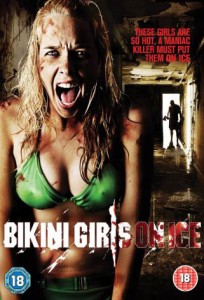 “These girls are so hot, a maniac killer must put them on ice.”

The very basic outlay of a slasher film is something so generically simple that there’s no shortage of camcorder toting idiots around who think they can make one with a gaggle of nubile hotties, some tits, some blood and a hulking retard for a killer. It’s little surprise most of these films suck. What most of these budding filmmakers seem to miss is that even the cheapest of the early 80s progenitors contained a degree of workmanship and talent, a genuine enthusiasm for the project and not just the chance to get half a dozen girls to strip under the illusion it’s art.

A film with the word ‘bikini’ in the title should really adhere to this parade of shitness and yet, even before I’d seen the box or the trailer for Bikini Girls on Ice, I had a feeling it would be different…and it is. 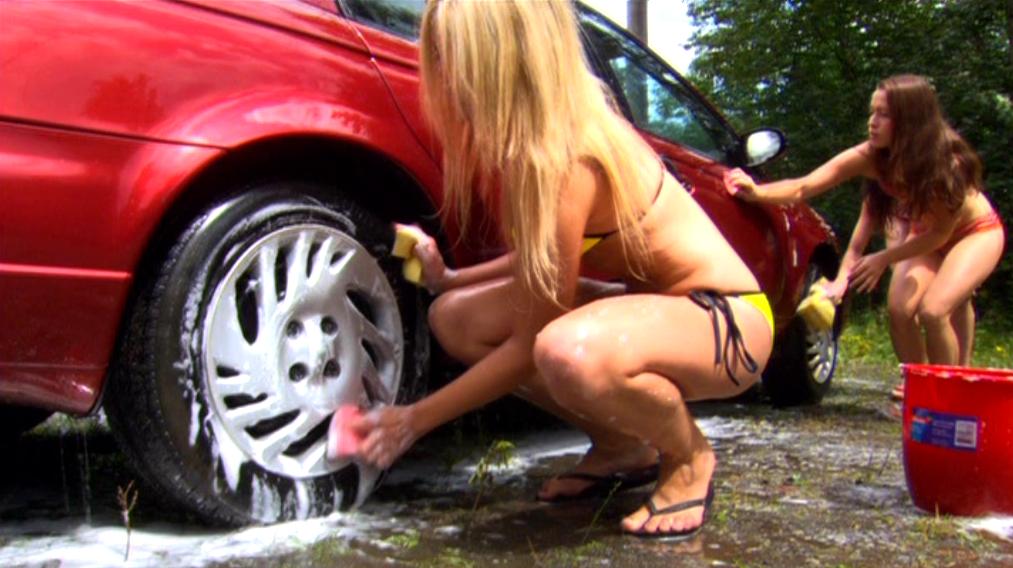 What BGOI has that these other misfires lack is a splash of colour and functions as an apparent love letter to your average Friday the 13th sequel, something it resembles in tone and composition from time to time. The best analogy I can make is to that film itself – the scene where Marcie is stood in front of the sinks and the camera slowly approaches was what won me over. Bikini Girls reminds me of that scene.

An all-female college soccer team on their way to a charity bikini car wash break down at the abandoned garage where, just the night before, an unrelated bikini chick was murdered. With repairs to their bus likely to take some time, the group decides to have the car wash there, once in a while wandering off, calling out the name of someone they cannot find and falling victim to the greasy homicidal mechanic who resides out back and looks like Sawyer from Lost after a particularly bad run in with The Others. 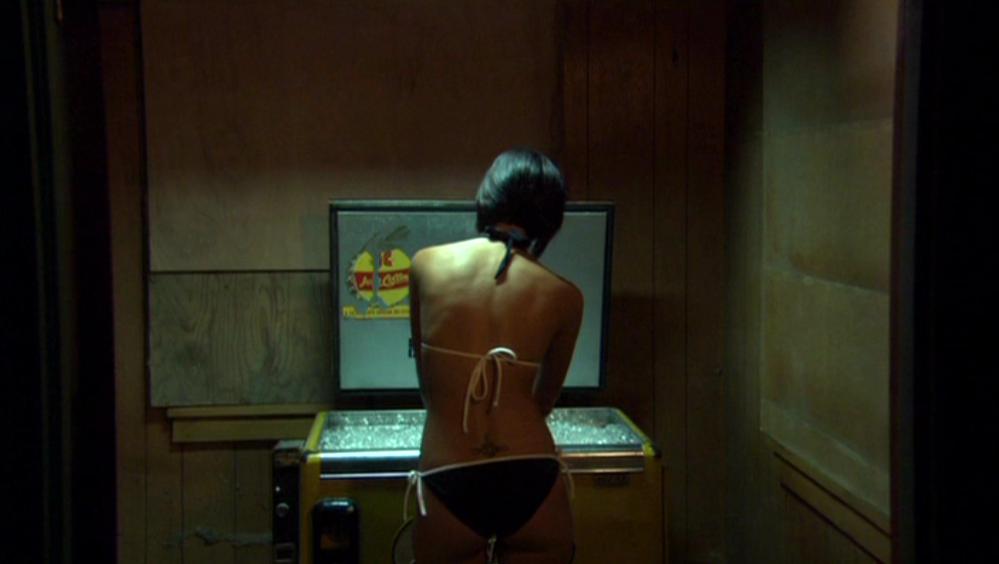 After some of the girls decide to leave, the remaining numbers quickly shrink until clear heroine Jenna and her friend are the only ones left and then it’s botched escape attempts and into the killer’s lair.

Anyway, why did it earn three n’ a half, uh, bigguns? I was more than likely overtly generous because it reminded me of how I felt about the early Jason films: the setting, lush colours, dumb behaviour that isn’t too idiotic, largely likeable characters and back to basics filmmaking that works. Slow tracking shots, fragmentation, claustrophobic meandering through shelves, hidey-holes, a full moon above. But mostly, no pretenses, it’s straight down the line, making the most of what it has rather than striving to appear as something more.

There’s always room for improvement: I’d have liked the killer to have worn a creepy mask and maybe have a motive and it was a little light on bloodletting, with most kills obscured by the camera placing or off-camera completely. These are minor flaws, it’s certainly no drier than the cut editions of Fridays we had here in the 80s. 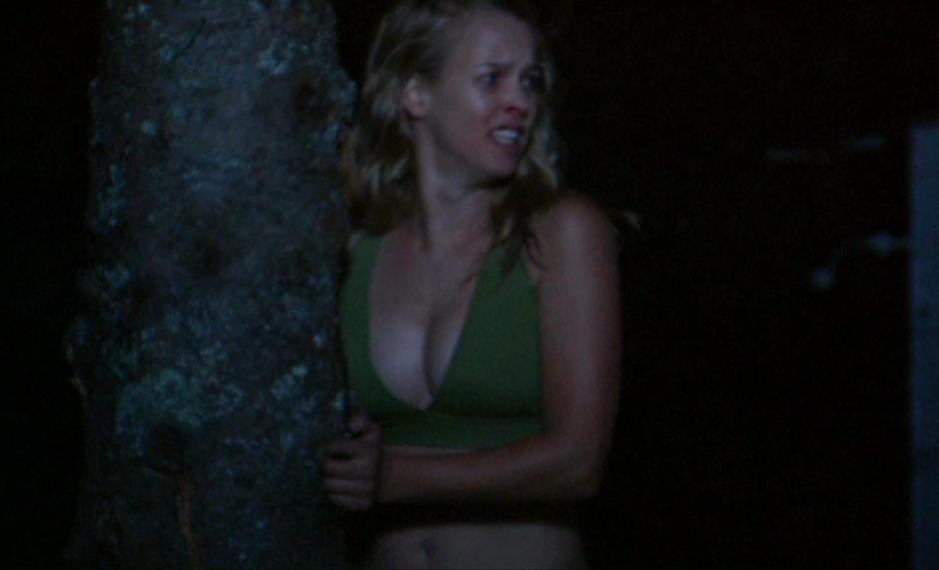 Ultimately it sounds like I’m championing it too much probably but it hit the spot for the most part: fun without being glib or downbeat, amusing without resorting to parody and sometimes tense without looking like every other DTV bodycount flick of the last ten years.