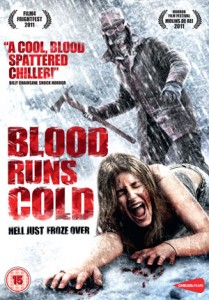 Sweden shouldn’t really be jealous. But then Norway got Cold Prey – hands down the best slasher, neigh – best horror - film in a long time. Sweden was all like “yeah we can do that.”

So out came Blood Runs Cold, shot on a minuscule budget of about $5,000, and boasting a plot staggering similar to Sweden’s next-door neighbour’s celluloid prize possession.

Winona, a singer of some such, drives into the snow-covered turf of her old town for a couple of months away from the stress put on her by her manager. Unfortunately for her, she gets the wrong house and beds down in a twee, but dilapidated shack of a place.

She drives into town and runs into an old boyfriend and invites him and a couple of his friends back to the house to party. This is where Blood Runs Cold trades in some of its admittedly impressive style for some dumb ass character behaviour… It seems the house has no bathroom as people keep going outside to piss and one of them sees a figure in the upstairs window but doesn’t bother telling the others about it. The other guy finds that Winona’s van has been tampered with, picks up a torn out spark plug, tosses it into the snow and doesn’t bother telling the others about it.

Before sun up, all three of the invitees have been murdered and eaten by the hooded, goggled freak living in a series of secret rooms and caves beneath the house. Winona assumes they just went home and, upon finding a large paddle of blood on the living room floor, simply cleans it up and goes about her day as if it meant nothing… 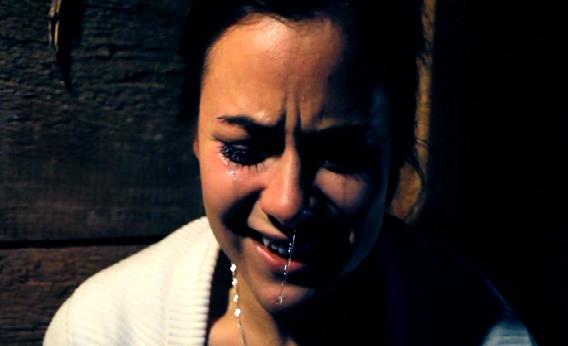 “This film is snot what I signed on for.”

There’s some good looking photography on parade and the house geography supplies a few good hidey-holes for Winona to crawl around (could’ve provided some Kleenex for her Heather Donahue moment too, I guess) but even at 74 minutes this drags and isn’t nearly a quarter as tense as Cold Prey.

Curiously recorded in English – which also seems to inhibit the acting – with a higher wad of cash at their disposal, this could’ve been much better but seems lazily written with an almost purposely dumb cast and a stack of unanswered questions, not least of all who the dude at the beginning is? 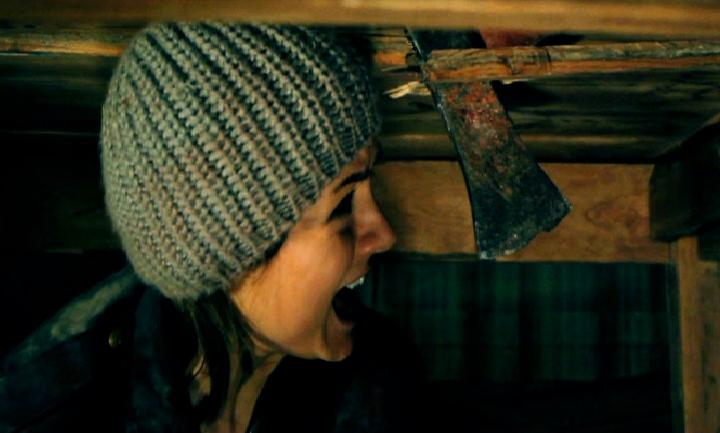 tagged with accents from hell, Euro-horror, get your own ideas!, gore o'clock, Nu-di-ty, rip-off central, slasher, spoilers, what the hell!?