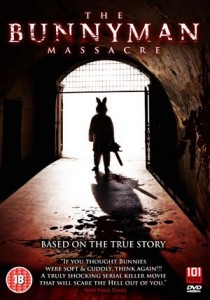 I wonder if the producers of this movie had happened across a Chipmunk costume first, it might well be called Chipmunkman? That’s how relevant a guy hiding under a novelty rabbit getup actually is. The mascot-of-murder schtick may have been the best component in the otherwise dull Girls Nite Out but here it just fails miserably.

The production company for this flick is called No One Cares. It’s “a No One Cares Production”. And that’s pretty damn telling because nobody seemed to give a damn about writing a coherent script.

Bunnyman is an excruciating endurance test of the ridiculous that could’ve – neigh, SHOULD’VE – been titled Idiotic Decisions: The Movie.

Six ‘young people’ in a car are tormented by a big ol’ truck they pass. Just like in Duel. The truck tries to run them off the road at a whopping 53 miles-per-hour! And then slower. And slower. And slower until the “car chase” creeps… along… so… damn… slowly… it… would… put… a… can… of… RedBull… into… a… coma… 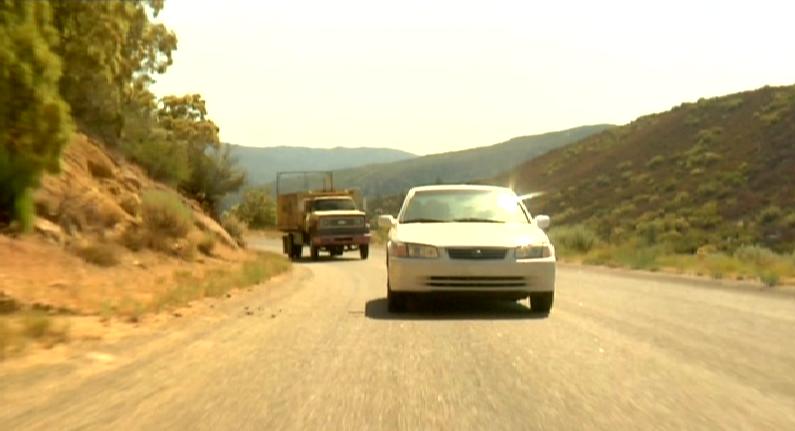 This kinda crap continues until the car conks out from hitting a small piece of shrubbery and the truck returns, killing one of the group. The others are then on foot and have no luck raising help. None of them mention cellphones. They have no food or water. They argue lots, sleep out in the woods, wake up giggling and joking – hello? your friend is still dead… You’re still stuck out in the woods with a psycho…


Eventually, the killer, wearing a giant Bunny Rabbit costume, shows up and chainsaws a few of them. The first instance of this has a girl and a boy spying on the killer. When he spies them back, the guy runs off and she is buzzed to bits a minute later. Yet, when he catches up with the others, he confirms she’s dead, despite being long gone before the fact.

Earlier on, the characters moaned that if they left the car they’d dehydrate quickly as it’s so hot. And they can’t outrun a guy in a fucking fuzzy suit and lugging a heavy chainsaw. 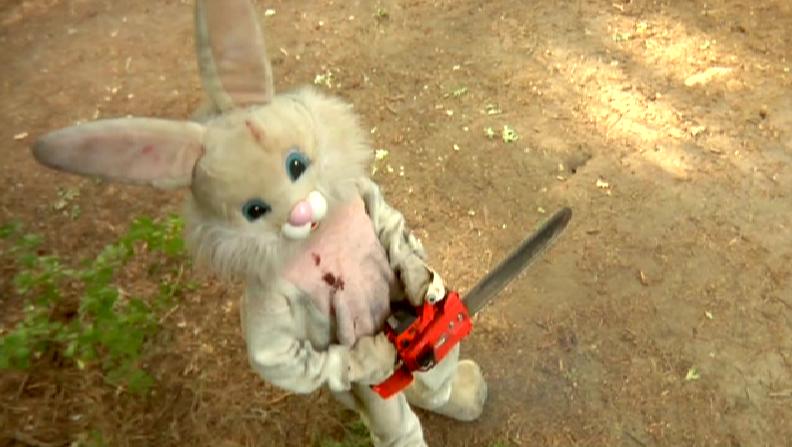 Bunnyman is full of this kind of weird stupidity:

And the addition of classical music to a scene where a girl is tortured whilst tied to a bed only highlights the lack of class on show.

Despite director/writer/producer/actor Lindbergh’s impressive enough camera work and production polish, everything that happens in Bunnyman happens wrong. Like a bitter, out of date easter egg, it’s shiny and pretty on the outside and sickening under the foil. 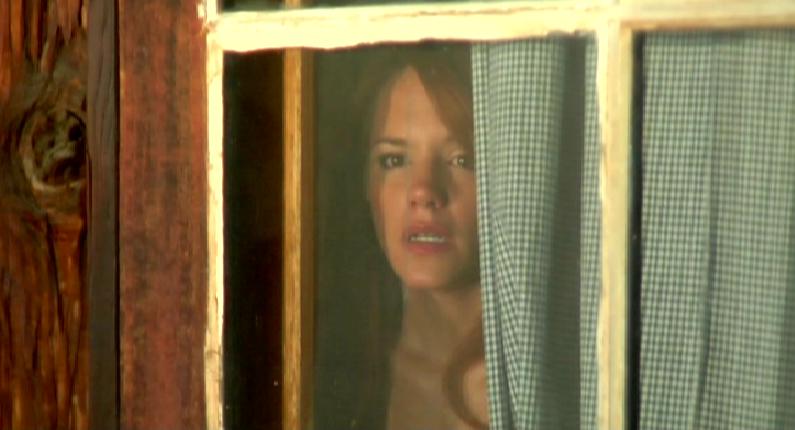 tagged with I want to die, slasher, what the hell!?, who finances this crap!?