Psycho’s have problems too! They might’ve seen a counsellor who asked them “How does that make you feeeeel?” in two dozen different ways before they flipped and decided the best form of therapy was homicide…

If not, there’s bound to be someone about with some valuable insight into the killer’s problems, the final girl’s repressed issues, or what things are responsible for driving someone insane… 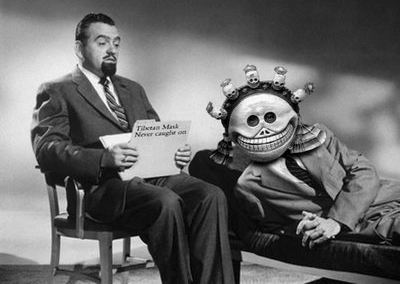 Behold the pop-psychological insights of the slasher realm:

CARVER (2008): “Sometimes we’ve gotta cut ourselves just to make sure we still bleed.”

HALLOWEEN II (2009): “Bad taste is the petrol that drives the American dream.”

HATCHETMAN (2003): “Mommy taking her clothes off isn’t as bad as hurting people.”

HOME SICK (2007): “When a psychopath can invade the sanctity of your home and bleed all over your furnishings… we’ve fallen on dark days.”

THE HORROR SHOW (1989): “I was working on a theory of pure evil as a form of electromagnetic energy…”

THE LAST HORROR FILM (1983): “Many people believe that repeated viewings of these films is warping the minds of you young people.”

PSYCHO BEACH PARTY (2000): “In the past I’ve had little use for you head shrinks: Ink blot tests, ‘I hate my mother’ and all that crap.”

SCREAM (1996): “She realises that teen suicide is out this year and that homicide is a much healthier therepeutic expression.”

Some people are funny, some people aren’t (Ricky Gervais, Adam Sandler, I’m looking at you). Some horror films try to be funny and, on occasion, it works, other times it’s just a little cringe-inducing. Regardé… 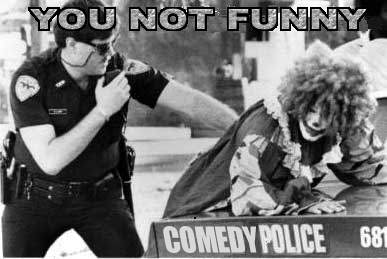 ALL-AMERICAN MURDER (1991): “I’ll be history before my next history class.”

APRIL FOOL’S DAY (2008): “This is supposed to celebrate someone coming out, not going out.”

MOTOR HOME MASSACRE (2005): “Woah…last time this thing was on the road Michael Jackson was cool.”

WELCOME TO SPRING BREAK (1988): “Welcome to spring break: the annual migration of the idiot.”

It’s been a while since we “celebrated” the sonically idiotic verbal diarrhoea of the common-or-garden slasher movie character.

As expected, teens talk a lot about sex, so continuing on from our last instalment, here’s more of their inspired insights into the carnal world…

A NIGHT TO DISMEMBER (1983): “Vicki felt as though someone faceless was making love to her in bright flashing colours that were changing from one second to the next.”

SLAUGHTER HOTEL (1971): “Your desire to make love is obsessive; compulsive. Go and take a shower.”

There are so many conversations about sex in slasher films that feature perfect put-downs, epic vernacular failures and splendid stupidity that the fourth volume of Dire-logue’s Greatest Hits will have to be divided into THREE sub-volumes, kinda like if Madonna put out an entire singles collection… But no, she, Bon Jovi, Kylie, MJ et al all pike out on what their record label “believes” everyone wants to hear. 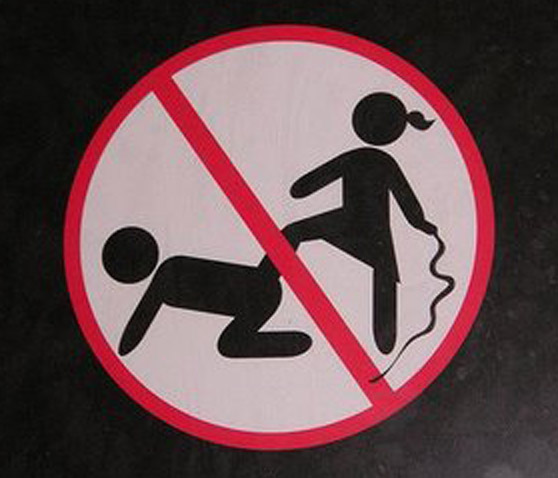 THE GAY BED & BREAKFAST OF TERROR (2007): “You will no longer yearn for the engorged penis of a well-muscled man in uniform. From this point on you will embrace the light of God and dream of the sugar-sweet Holy vaginal walls of your soon-to-be wife…”

A NIGHTMARE ON ELM STREET 4 (1988): “Hey honey… You’re sucking on the wrong nozzle…” / “Hey-yo Needledick! I bet you’re the only guy in school suffering from penis envy.”

PIECES (1983): “The most beautiful thing in the world is smoking pot and fucking on a waterbed.”

RETURN OF THE FAMILY MAN (1989): “In England, shagging means fucking.”

Here we go again, still more of those senseless utterings from the casts of a squillion B-movies. Volume 3 turns our head in the direction of things that, well, just don’t seem to mean a damn thing – those moments where you wish another character would go: “Like, seriously? Those words just came from your mouth!?” 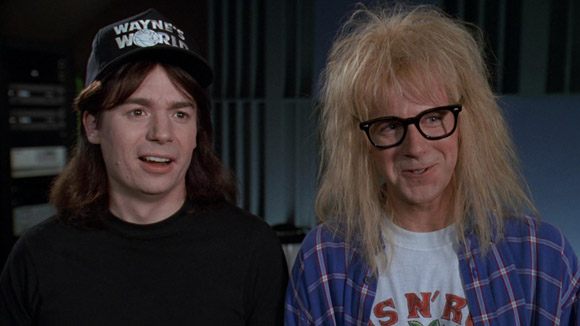 CARNAGE ROAD (2000): “My mom says I’m toothily challenged. She says when I get my braces I could be a model.”

DEVON’S GHOST (2005): “First day of school and we have a double homicide. How’s this going to look to the school board?”

MAKE A WISH (2003): “I just don’t like to see ladies bothered by people who’re bothering them. It’s…bothersome.”

FINAL DESTINATION 2 (2006): “If Clear was right that means Nora and Tim are going to be attacked by pigeons.”

DROWNING GHOST (2004): “Three pupils were murdered one hundred years ago: we must celebrate that.”

A NIGHT TO DISMEMBER (1983): “Someone was calling her…the voice seemed to be coming from the hat box.”

DEADLY BLESSING (1981): “She’s so dumb she couldn’t pour piss from a boot if instructions were on the heel.”