Watching an episode of the rather bleakly awesome Person of Interest this week, I was pleased to see Ned Eisenberg appear as a miserable bureaucrat. Of course, we all remember Ned for playing permanently-scowling Eddy in the infamous stars-of-the-future slasher The Burning:

Ned also appeared in the amusing Police Academy rip-off Moving Violations in 1985, as a Friday the 13th-obsessed weirdo, hockey mask n’ all, alongside Jennifer Tilly.

Want to get decapitated? Course you do! Well, now here’s your chance…

All of us have encountered Kickstarter campaigns for films that will probably never see the light of day. Or will be crap when they do.

How about one that looks like A). it will get made and B). might be pretty good? 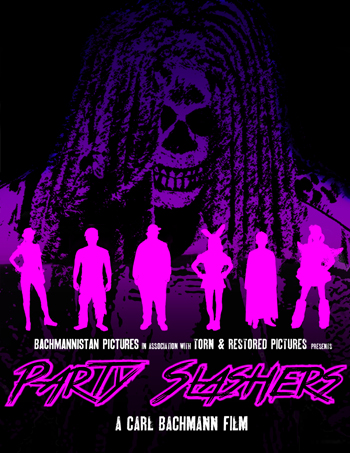 Pitched as a horror comedy from the get-go; a quartet of undead mass murderers are resurrected by a dodgy game of D&D at a Halloween party, thrusting a group of teens into a laughter-tinged fight for survival. Slashtastic stuff.

Take a look at the teaser trailer here.

Pay a visit to their Kickstarter page and learn how you (yeah, YOU) can contribute and even land a role as a beheadee. Though it looks like there’s only one of these prizes still up for grabs as of today.

Never fear, there are still plenty of other rewards for those who contribute, including bespoke Grindhouse posters that feature your mug, the opportunity to get your photo in the movie, bag a prop, or – and this is tempting – get to name a victim after someone you hate. 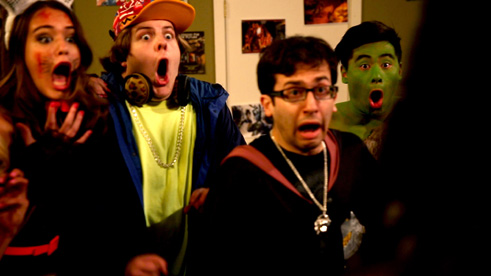 This kind of approach could well be the future of non-studio horror movies and while I’ll use this opportunity to reiterate that I am NOT involved with the production in any way, it sounds like it’ll be a lot of fun regardless. Now go and get your head cut off.

It’s another one from the vaults of Fame – Season 2, this time for no other than the lovely Tracy Bregman, merciless Ginny-impersonator and psycho killer from Happy Birthday to Me! In this episode, Words, she plays Jenny, whose mega-strict pop blacks out any suggestive passages in her textbooks, making Miss Sherwood intervene and, if I remember correctly, get told to fuck off. Whatever happens, Jenny is conveniently never seen again. Unless she killed Coco, donned a rubber mask and proceeded to dress like her, talk like her and even walk like her… Cooool.

Whatever, Tracy, if you somehow ever read this, you’re the only thing I remember about the whole damn episode. Just a shame we didn’t get to see you dance. 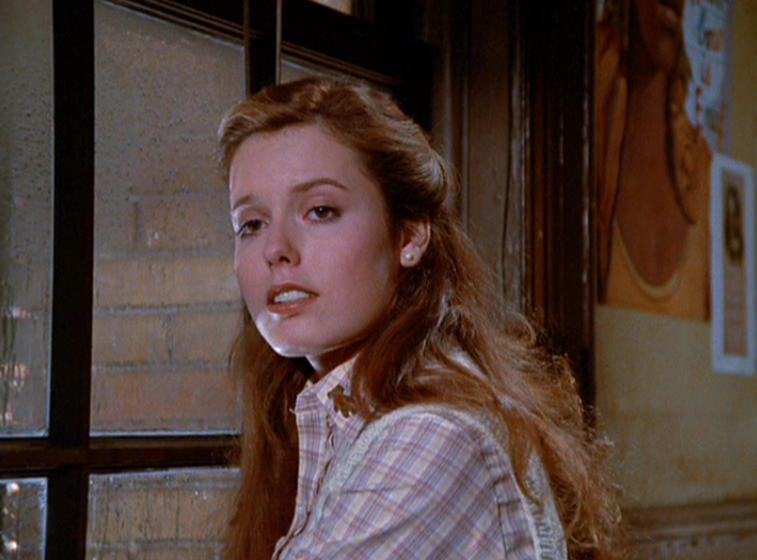 Thanks to my unexplained fixation with the TV series Fame, not so long ago I posted a picture of Larry Zerner – Shelly from Friday the 13th Part III – and, lo and behold, a later 1983 episode ‘Love is the Question’ revealed his buddy and star of the very same film. It’s Dana Kimmell! 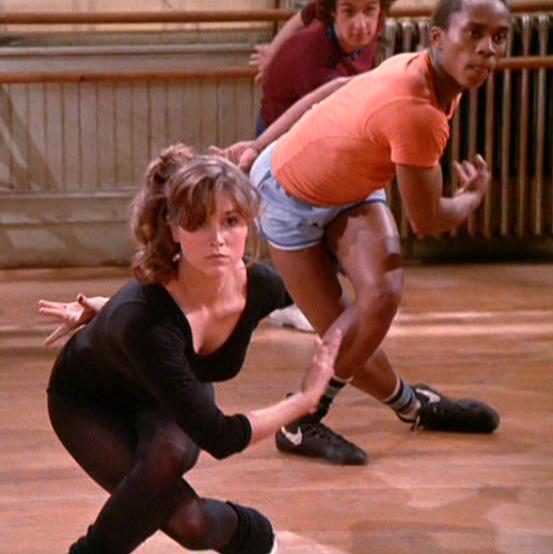 Here she is as Melanie, performing a strange move with Leroy in the background. Melanie twists her ankle about 30 seconds later and hobbles off, shares a bit of dialogue with Danny and Jimmy Osmond (!) as a vocal prodigy with special needs (!!). She returns at the end to do some dodgy ballet and that’s it. Guess she flunked dance… 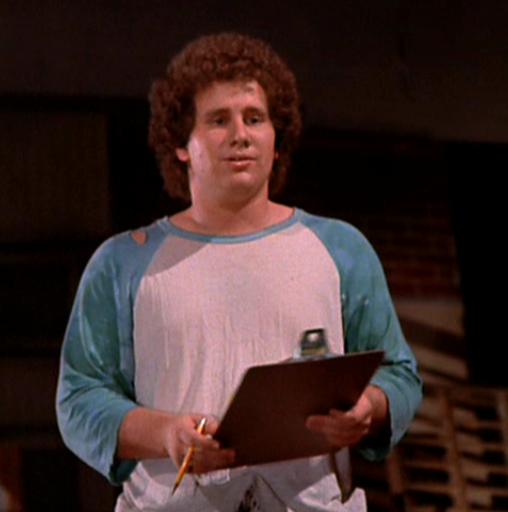 Soza, watching – ahem – Fame, Season 2, Episode 1 “…And the Winner Is,” lookey who was playing the stage manager, Jerry! Yes, the Shellster, Larry Zerner…

Look out for further gaspy revelations of slasher bit-parters. No, totally look out and tell me where I can see them!