This month, our Icky Way to Go comes courtesy of almost-good movie Chain Letter, which is ironically about email. Anyhoo, in this particularly gruesome scene, the obligatory hot jock guy gets violently done in by the killer, ‘Chain Man’ (Jesus wept…) who uses Chains on those who fail to forward the Chain email. Chain, chain, chain.

After being hoisted up by chains in some sub-S&M game, hot jock’s tendons are slashed so he can’t run away, and yet more chains are used to sort of grind down his ocular and jaw regions. Ouch. Hot jock no more. 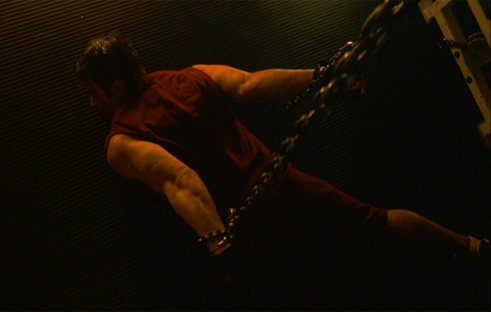 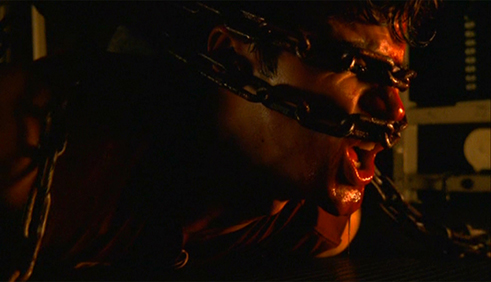 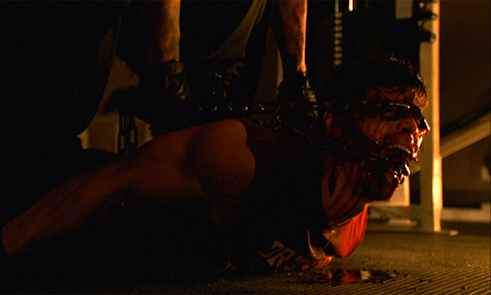 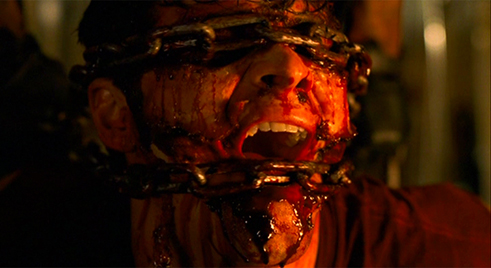 For years, prints of Intruder were heavily cut due to the über grue on display: The box-crusher head squish, eye on a paper-needle, and this… the buzz saw bisection so well done (in non-CG 1988 terms), that censors were concerned Intruder was a snuff movie. Maybe.

Anyway, for poor supermarket heartthrob Dave (Billy Marti), cutting his finger on a box cutter proves to be fatal when he goes to fetch a band aid (or plaster, here in Britain), finds his dying boss, and is sabotaged by the mystery killer, who hacks at and subdues him with a meat cleaver before dragging him across the floor and holding his head in place next to the butcher’s saw blade (used for separating pieces of meat) and, well, this… 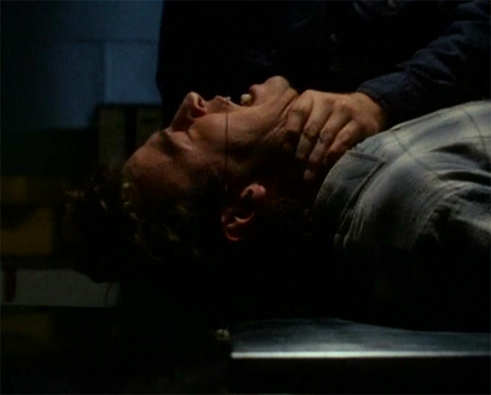 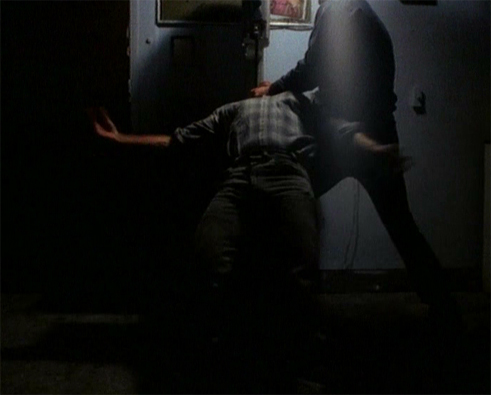 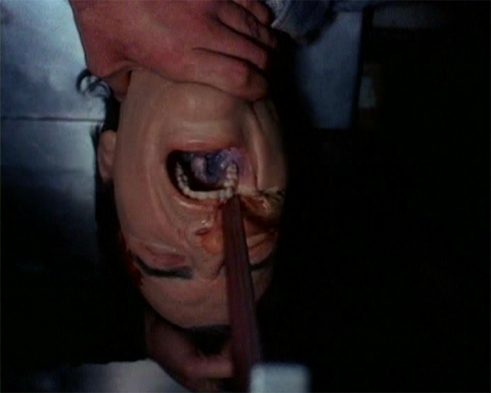 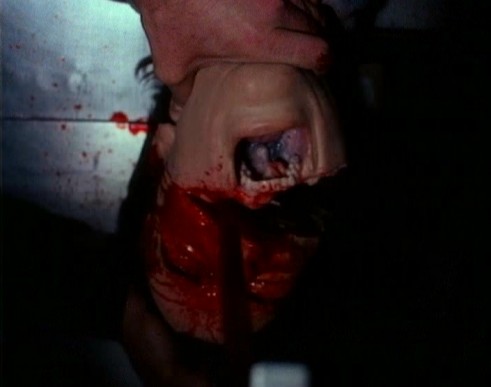 We live in a youth-obsessed world with all manner of procedures available to keep us tricking those around us about our real age: chemical peels, botox, collagen fillers… But no matter what you do to your face, you’ll never cheat death.

As is the case of Adrienne from Jason X. Not an ironic Final Destination-esque “she was vain so she died in a waxing accident” demise, but an amusing statement on ‘freezing’ ones youth all the same… Our poor victim this month was dissecting Jason Voorhees some 400 years in the future and freezing bits of him. Naturally, he didn’t like that. 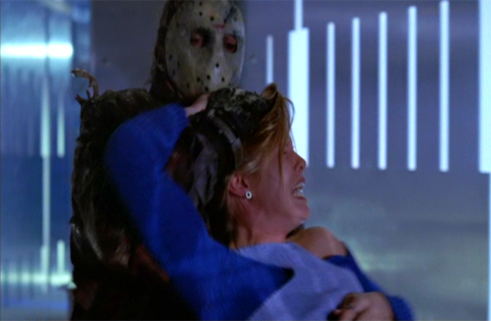 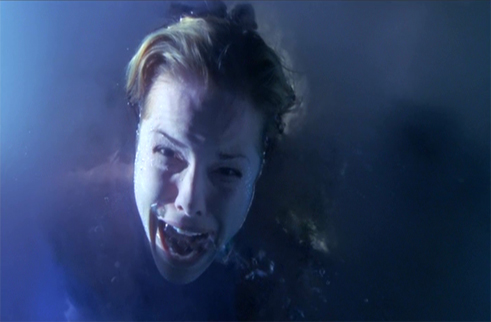 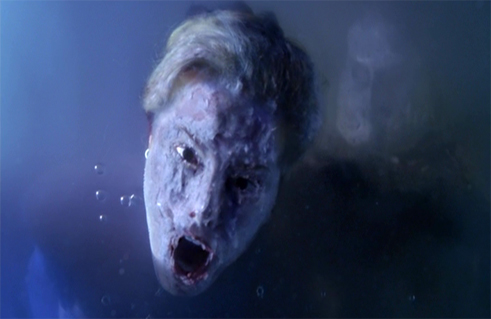 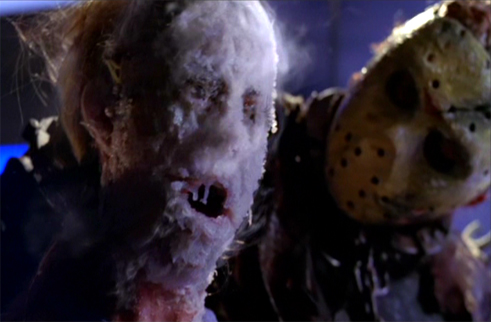 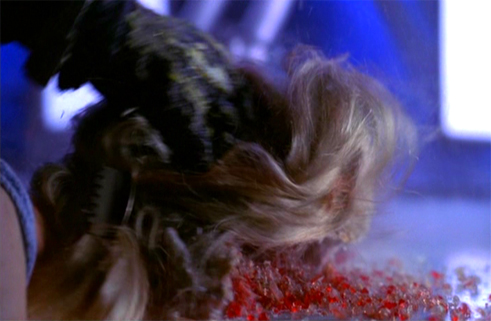 Not pleased with the result, a tantrum ensues. 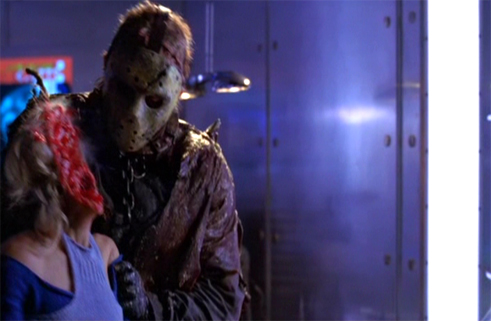 In a world with Jason in it, there’s no point being vain.

Icky ways to go: Nosebleed from hell… To hell

Unless you have your fingers permanently jammed up there, or, like Jeremy Melton, the stress of skewering your childhood tormentors causes one, nosebleeds are scary. When I randomly get one with no prior warnings, my first thought is normally: “Argh! I have a brain hemorrhage – I’m dying!”

In the case of this poor doomed schmuck, who models a very fascinating pair of glasses, from the Small Town Zealot range in Children of the Corn II: The Final Sacrifice, a nosebleed in church DOES mean death, but, rather than an internal medical cause, He Who Walks Behind the Rows is dishing up a big dose of voodoo via one of his juvenile followers… 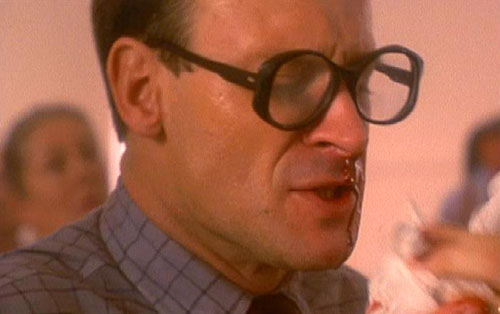 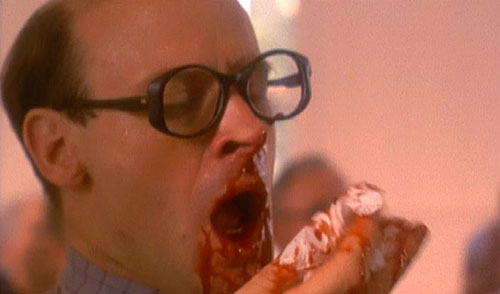 And becomes a flow… 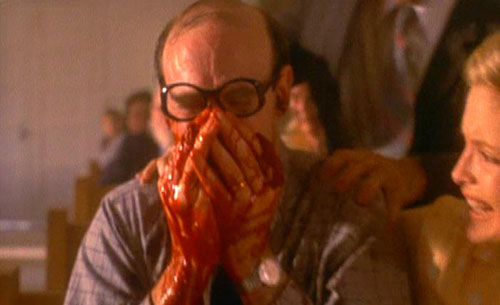 And then a tide… 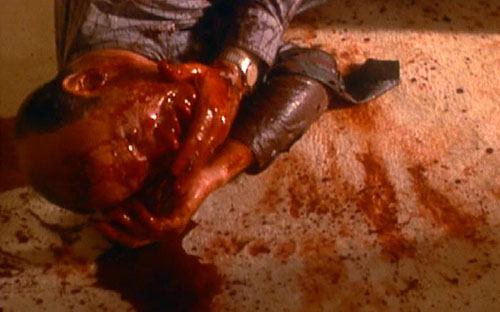 After eight murder rampages, New Line acquired the rights to the Friday the 13th franchise after 1989’s Jason Takes Manhattan and decided to just end it there and then. Or so they thought.

Three suitably dumb and nubile teens – Alexis, Deborah, and Luke – hitch a ride with John D. LeMay’s lead, Steven, stating they’re on their way to camp at ye olde Camp Crystal Lake site. Steven puts it to them: “Looking to smoke a little pot, have some sex, and get slaughtered?” “Jason’s dead!” they cheer and he drops them off.

Alexis is summarily done away with by a Jason-possessed coroner, who then sets his sights on the humping couple in the pop-tent… 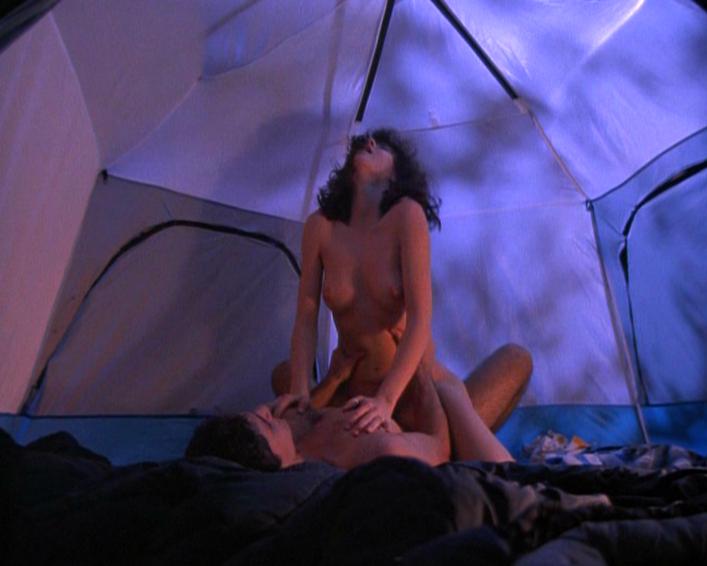 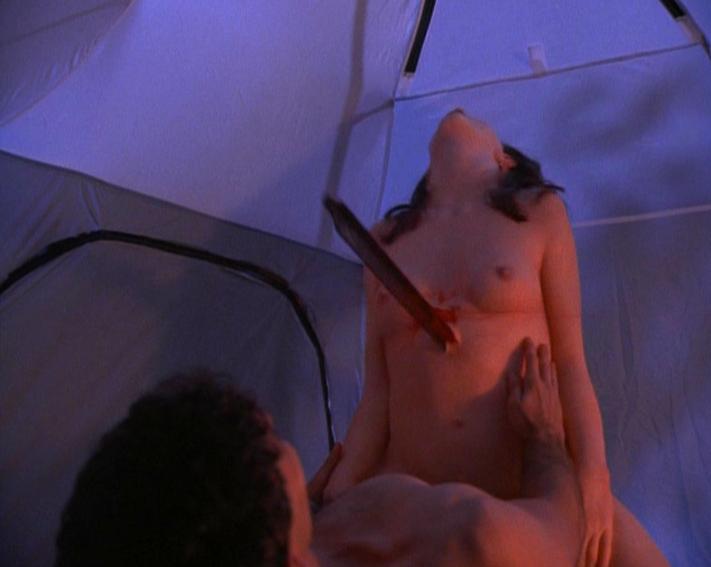 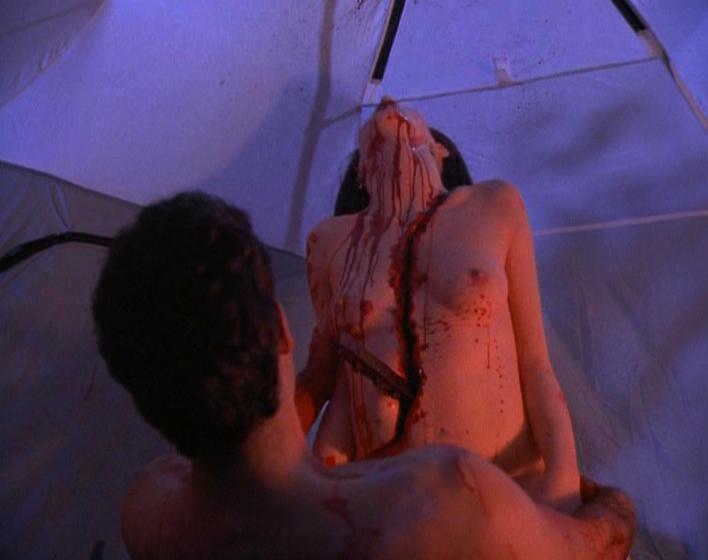 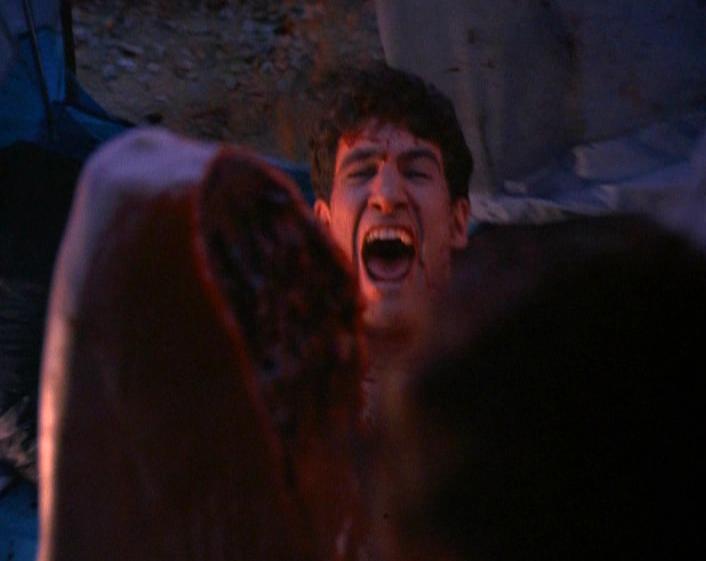 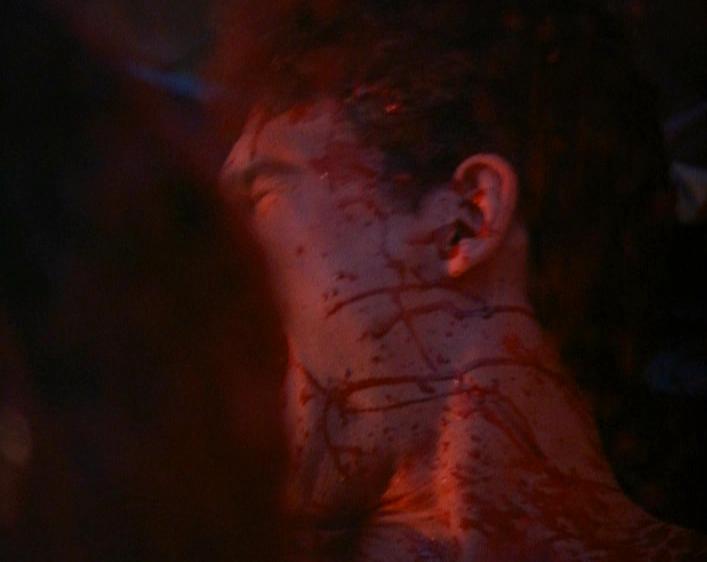