This month’s ridiculous scene comes from the terminally inept British slasher film Demons Never Die, in which already-suicidal teens are suddenly loath to find themselves targeted by a knife-toting loon.

In this frankly idiotic display of dumb character behaviour, the hostess of a house party goes to fetch more drinks and walks in on an occurring murder. The killer gives chase and she runs back the way she came PAST THE ROOM FULL OF PEOPLE (arrow added for prosperity) and outside into the garden, where she hides behind a tree and doesn’t even call out when her friends exit through the same door just a few yards away… Instead, the killer jumps her and, bosh, she’s a goner.

As a person-friendly horror fan, I err away from saying certain characters deserve what they get, but in this case, being a moron (a suicidal one at that) makes this girl a particularly justifiable casualty. Twat.

This month’s Ridiculous Scene comes courtesy of the equally ridiculous 1983 movie Pieces, in which a loon with a hard-on for a nudie jigsaw cuts up various college girls to make a human sex doll.

Allegedly, according to the young actress featured below (she posts on the Pieces IMDb message boards), this scene was supposed to be what set the killer off, reminding him of the pre-credits slaying, and costing her her head a scene or two later.

If nothing else, it should serve as a lesson not to mount a skateboard if you have no fucking clue how to ride it. 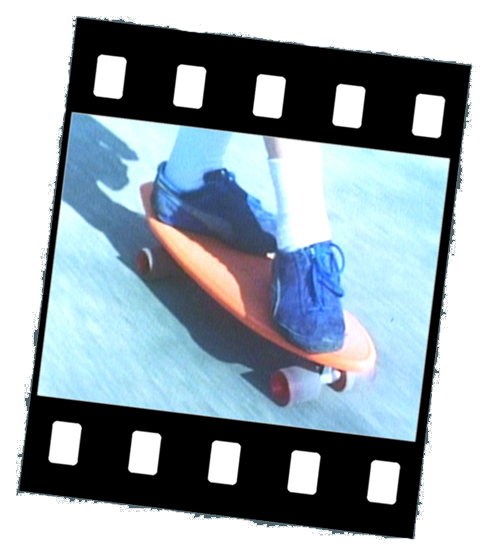 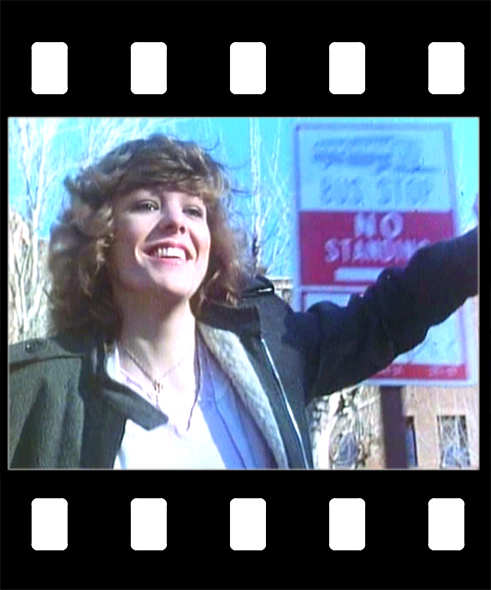 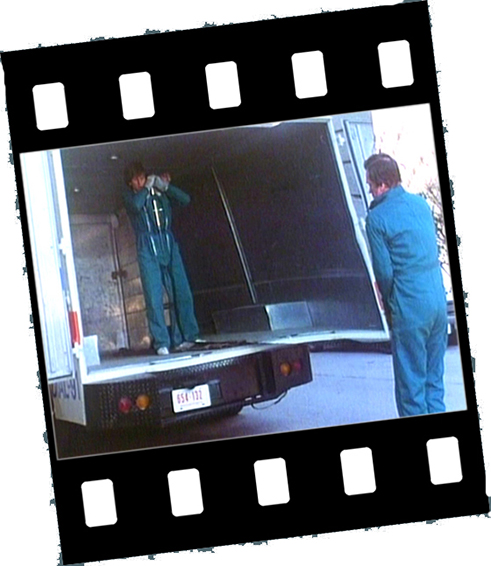 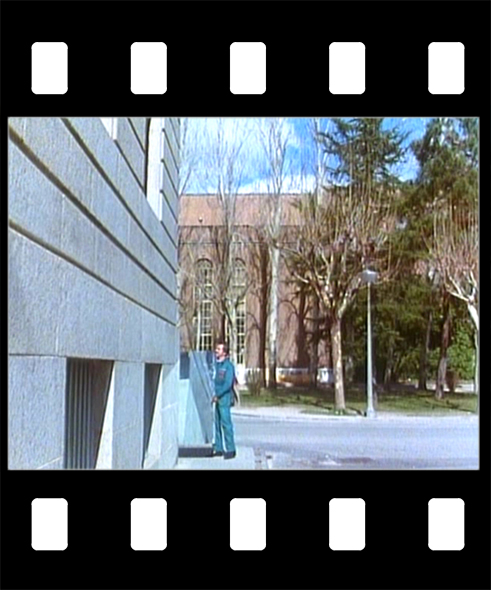 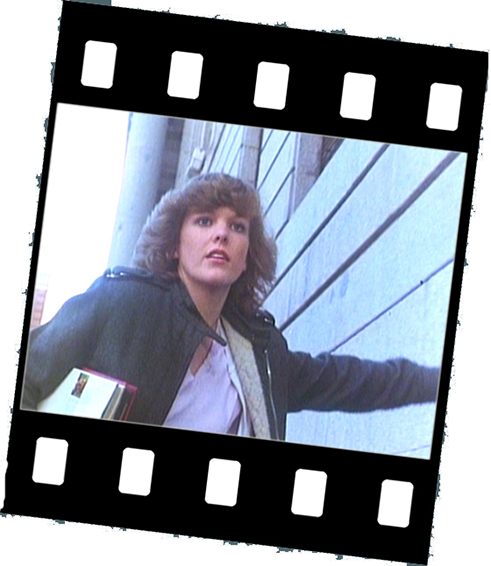 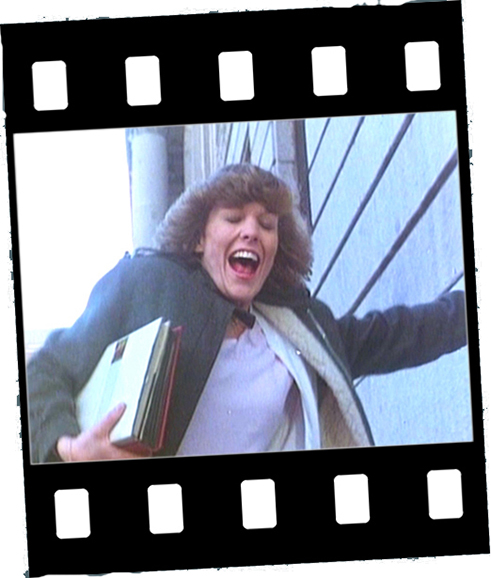 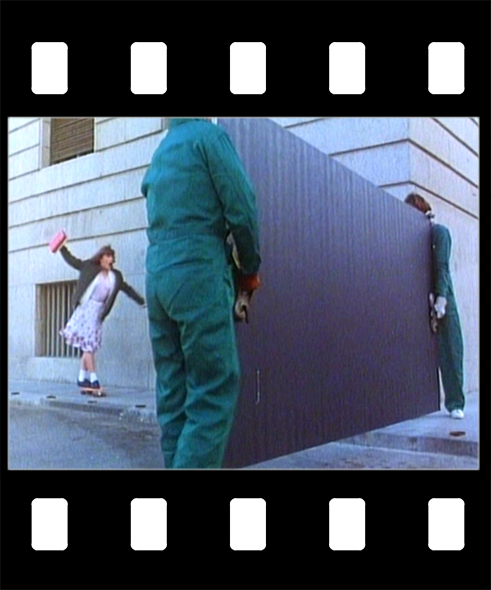 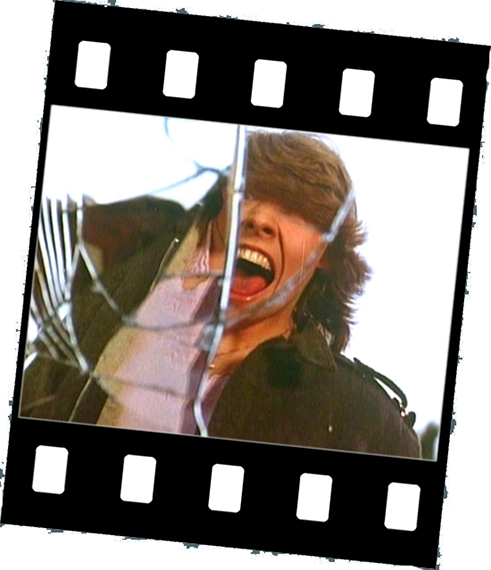 And there you have it. Falling to pieces in several senses of the word.

Ridiculous [that they cut this] scene o’ the month

House of Wax is a fun movie – but it’s long, not far off 2 hours – so it’s no surprise they had to cut some stuff.

However, the key deleted scene on the DVD was a big loss. In a film with a low murder count, cutting this awesome opening scene hurts the rest of the movie a little and we have to wait foreeeeever until someone else bites it…

Behold, the removed scene, “Jennifer’s death”, in which a stranded young lady (Emma Lung) receives a visit from the wrong pickup truck… 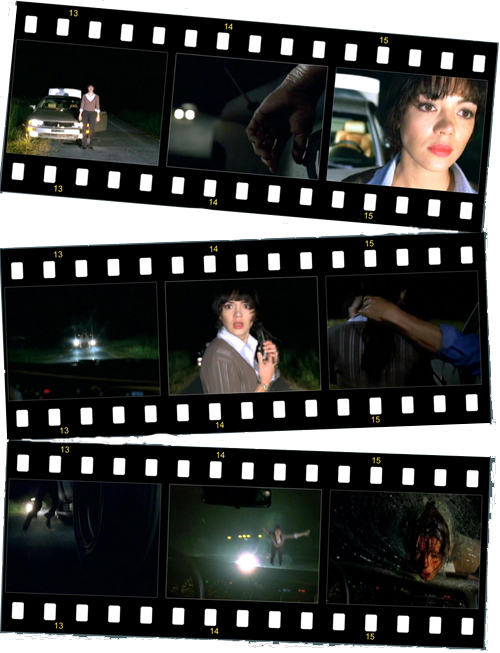 …But offing Paris Hilton later is something of an apology.

The Hills Have Eyes Part II (1983) is a real guilty pleasure of mine. Everybody and their dog knows it’s crap. Wes Craven has practically disowned the damn thing. But I like it.

Speaking of everyone and their dog, the dog that graces both original films – a German Shepherd known as Beast (sibling Beauty bought it in the first one) – is one of several characters who has a flashback to events from the first round. Yes, a dog recalls events from six years (or more) earlier, complete with blurry swirl screen effects but not, sadly, with the doodly-doo-doodly-doo-doodly-doo sounds from Wayne’s World.

Still, gotta love a dog that genuinely tries to save the day! We *heart* you Beast! 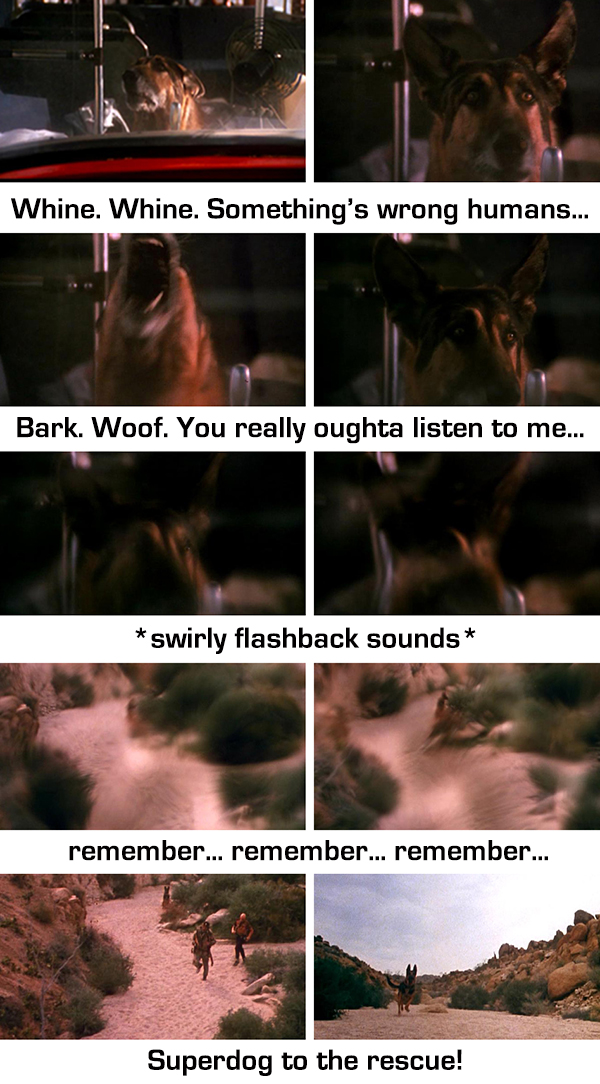 Ridiculous scene o’ the month: How to do the Prom Night dance moves

I love Prom Night. The original, that is, not that shoddy, fit-for-ten-year-olds excuse for a remake a few years back.

Jamie Lee Curtis, a straight-walking Leslie Nielsen, big hair, bad hair, the revenge motifs aside, perhaps the single most memorable thing about the movie is the hilarious pretender to the Saturday Night Fever throne scene.

Bitchy love rival Wendy enters the dance and prom royalty-to-be Kim (Curtis) and Nick (Casey Stevens) decide to “show them what they can do,” which translates as some seriously unsettling ‘dance moves’, the kind of thing they did in the street in Fame, but even more out of place being in a slasher film… 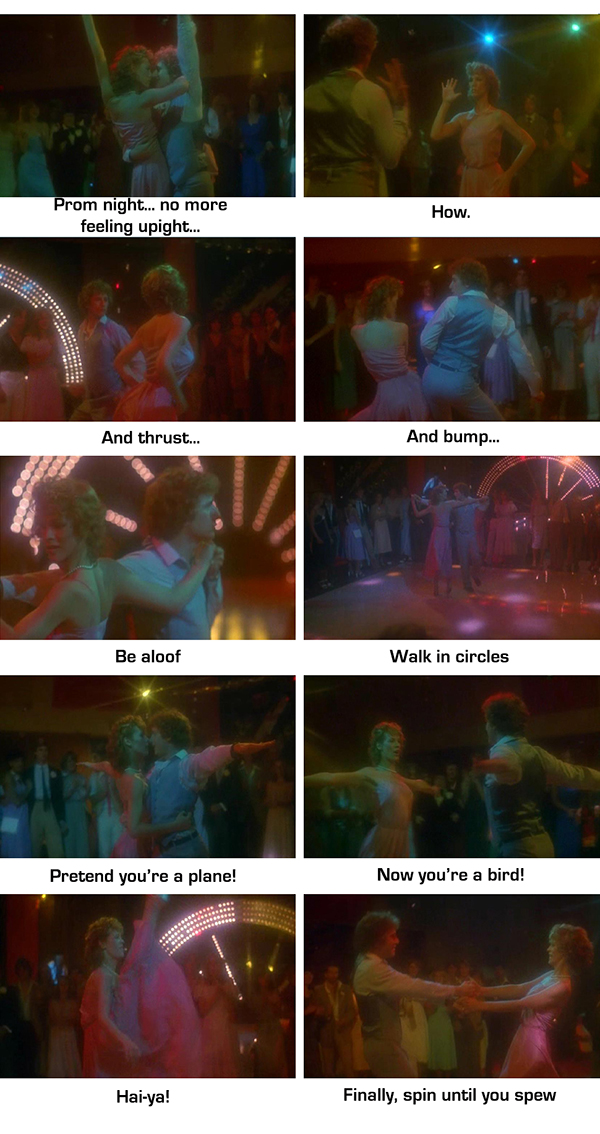 Bouncing butts, lots of head thrusting and that spinning thing you did at discos with your best friend when you were about seven: Safe to say if I’d gone to this prom I’d never have wanted it to end. Even after the decapitated head on the cat walk thingy, I’d still be dancin’!

All of it can be found in this delectable five minute sequence. If you have never seen it, hot-foot it to YouTube NOW!