TGI Friday: “Hey, wasn’t that the road out for Camp Crystal Lake?” 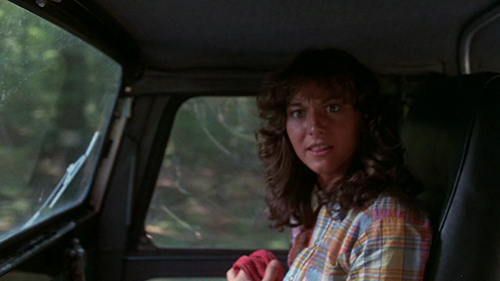 Poor Annie. First time I watched Friday the 13th I was sure she’d be the final girl. Que sera. 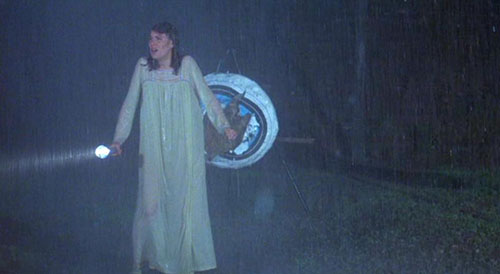 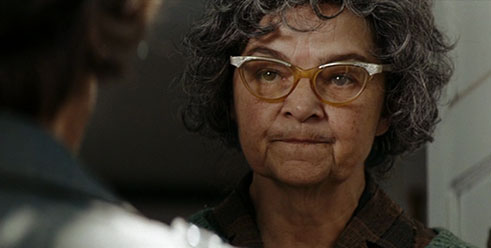 “Folks go missing ’round here, they’re gone for good…” One of the winning elements of the last Friday the 13th movie (SIX YEARS AGO – SORT THAT SHIT OUT!), the cranky old lady whom Jared Padalecki calls upon when looking for his missing sister. That notion that the Crystal Lake locals know about Jason is the kind of vibe I hope returns whenever they decide they want to do another film, or TV series.

Cranky old lady, we love you.

TGI Friday: What the Dana Kimmell is going on with Friday the 13th!? 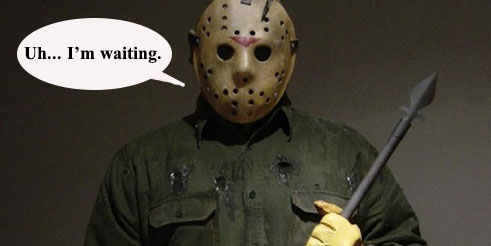 First off, any fool in charge of producing the 13th film in the Friday the 13th franchise should’ve had it all set up to release said 13th film in 2013.

WHY DIDN’T THIS HAPPEN???

Latest news seems to suggest the film has been pushed back from its mooted February-then-November 2015 release date to May 13th, 2016: SEVEN YEARS AFTER THE LAST FILM.

Christ alive, producer folks, between 1980 and 1987 they pretty much churned out one a year on a squillionth of the resources available today.

Here’s a rundown of what’s been going on (apparently):

Seems that nobody over at Crystal Lake has much of a clue what’s going on… Slasher films are in a rut at present so that goes some way to explaining why nobody’s super keen on rolling the dice. Remakes aside, what was the last big screen killer-with-a-knife film that left a significant impression, Scream 4? You’re Next?

As the movie business is run by an Excel spreadsheet which doesn’t have a column for ‘what movie fans care about’, I’d say it’s likely we don’t see Jason return in any formidable way for awhile, and even if this new film miraculously gets off the ground in the next couple of years, what are the odds there’ll be anybody smart enough at the production house to revisit the churn-out method that seemed to work so well in the 80s. Hell, there was a new Saw movie every Halloween not that long ago. It can be done.

Whatever method Jason is sent back to the screen in (like some poor war orphan packed off back to Hollywood), I know I’ll be there waving my little hockey mask flag. 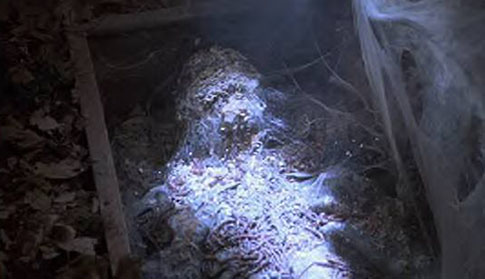 Do something before we all end up here

TGI Friday: His day, his rules 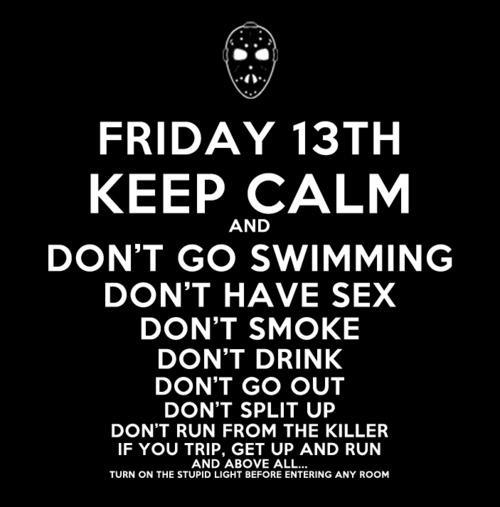