One of the first Friday the 13th‘s I saw was Part VII: The New Blood, which, on the back of the original, I found to be pretty lax. There were still enough scraps to feast on as the genre was still new to me then. Aside from the awesome Maddy, and the swoon-worthy Nick, there was, after previous VIP Inductee Wendy, the best bitchy girl found in the genre… bow down for Melissa. 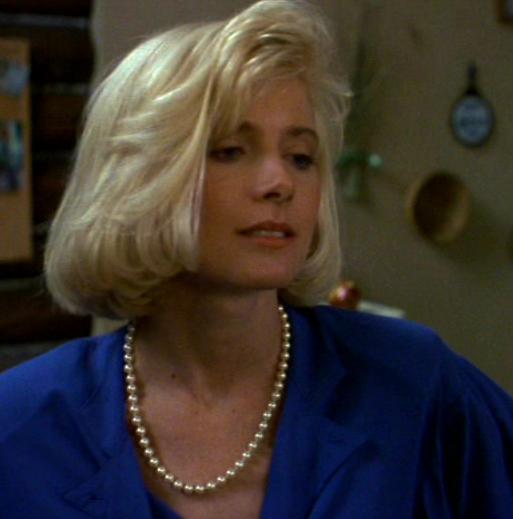 Missive: To get Nick (Kevin Blair) into bed at any cost.

Talents: Manipulation, seduction, eavesdropping, but also hair care and modelling those Hamptons-housewife pearls that her daddy gave her for being ‘the perfect daughter’. Hmm… hey Melissa, meet Madison Penrose!

Why we love her: Melissa is just a force of pure evil, rivalling Jason from a social perspective – while he destroys people physically, Melissa and her ilk are destructive in another way entirely, cutting them down with her scheming ways rather than a bladed weapon.

Being brutally honest, there’s not much going on in Final Exam. Sure, I love it and it made it to the Top 100 ’round here, but as far as seminal 80s slasher films go, it’s probably not going to be remembered by many.

The reason I like it, apart from superbly likeable final girl Courtney, is that it put more effort into character than many contemporaries. And as such, we celebrate one of its most memorable facets – Radish. 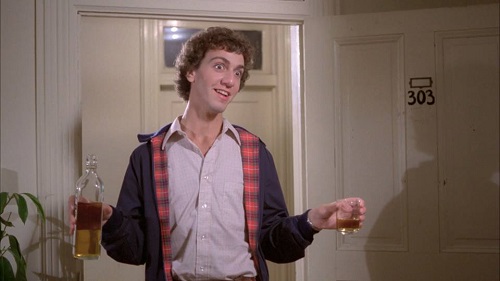 “It’s happening… the psychopaths are here!”

What’s he do?: Radish is the know-all type at Lanier College, celebrating the end of his exams by opening a bottle of Bourbon (was it Bourbon? I can’t remember) and finally working up the nerve to tell best friend Courtney that he kinda, sorta, might like her…

But isn’t he…? Textually, no, and I’ve no idea if Joel S. Rice is, but you wouldn’t need much in the way of intuitive deduction skills to conclude it from his camp delivery and general… ‘swishyness’. VeVo does not discriminate though (duh!)

Why we love him: Radish goes all out to save the day, after failing to convince the police of the threat, his first thought is to save Courtney – which doesn’t end so well for him.

Seems that Rice went on to enjoy a notable career as a producer. Bonus yays.

The Bitchy Girl is a common staple of slasher movies, and often they provide some of the best lines in their respective movies (see previous VIP, Wendy from Prom Night).

Thus, watching Sorority Row earlier, I feel it’s only right that Delta Phi president Jessica (Leah Pipes) should be the fifth inductee to the Slasherdom Hall of Whatever™. 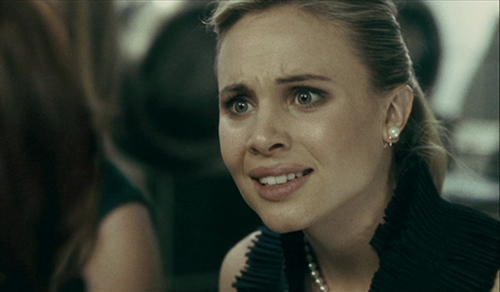 Purpose: Covering her own ass over and above the interests of others around her.

Sass: Largely unmoved by the carnage occurring around her and the resulting deaths, Jessica is entirely responsible for the wit in this movie, lifting it beyond ‘just another slasher remake’ status to Mean Girls with a body count. Listen for the uber-sarcastic delivery of “Oh no, don’t go out there!”

Legacy: In a rare trend-buck, I’d advocate Jessica being one of the survivors of Sorority Row. Why? Because no sooner is she dispatched by the killer, the film enters a slightly problematic final act, with all the self-awareness and acidic wit gone. She was easily the most interesting character and even if she survived only to be arrested and led away in cuffs five minutes later, it would’ve made for a better outcome.

Nevertheless, Jessica – we love you. Here are your greatest hits:

The Prankster wasn’t always a staple of teenie-kill horror films, while there was Ned in the original Friday the 13th, pretending to drown to kiss a girl, and Scott pranking Terry in Part 2, the ingredients really came together in the third movie, and the inclusion of just another Jason victim was a lot more important than initially intended… 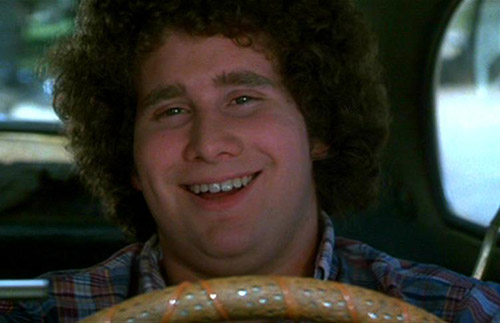 “Are you guys doing something I shouldn’t see?”

Missive: The Shell (Larry Zerner, later spotted in an episode of Fame), like most other teen boys in slasherdom, just wants to get some. But he’s a little overweight, a lot undercool. So rather than skinny dip for attention, he plays jokes, jokes that usually misfire badly…

Repertoire: The Shellster’s gags fittingly revolve around scaring folk: He fake stabs his buddy, plays dead to scare whiny-heroine Chris, can out-juggle any man, and – most crucially – scares his date Vera by leaping from the water with a speargun and wearing a hockey mask. Hmm…

Why we love him: First and foremost, The Shell is responsible for endowing Jason with his trademark face gear. Respect. But beyond that, as the earliest incarnation of the stereotypical prankster, Shelly isn’t just a shallow jerk with nothing else but his gags, he has feelings too, goddammit! He also won’t stand for being a victim (well, with one obvious exception) and reaps revenge on the bikers who abuse Rick’s beautiful VW Bug. Admit it, of all the characters in Part III, he’s the only one anyone really remembers.

Jenny Lo nominates third inductee to the Slasherdom Hall of Whatever™ – Friday the 13th Part V‘s sub-Madonna, robo-dancing punkster Violet, played by the lovely Tiffany Helm. One of the troubled residents of the Unger Institute in the middle of the woods, poor Vi just wants to dance, dance, dance through her problems. Whatever they are.

Alas, “Jason” puts an end to that path of therapy with a swift machete to the chest. 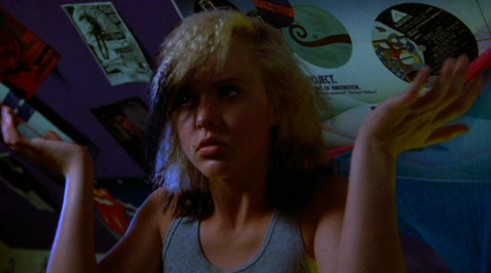 #…there’s a man with no life in his eyezzzz…#

Talents: Violet can do laundry but has a habit of forgetting co-residents have died when setting the table.
Attitude: Introverted and a little short-fused. But she’s sorry, alright? She. Said. She. Was. SAWRY!!!
Why we love her: The hair. The ‘tude. That dance.