At the request of reader @horrordad, our second inductee to the Slasherdom Hall of Whatever™ is stoner shelf-stacker extraordinaire, Bub, of awesomely gooey supermarket slasher, Intruder, played by Burr Steers, who went on to have an impressive Hollywood career, appearing in Pulp Fiction, and directing Zac Efron flick 17 Again, amongst other pursuits. 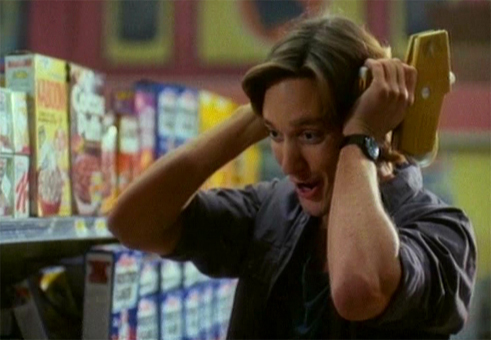 Missive: To fritter his earnings from the Walnut Lane Market on pot and then claim unemployment.

Backstory: He was once nearly killed by checkout girl Jennifer’s psychotic ex, saved only when his friend hit the attacker repeatedly with a Hamilton Bleech blender.

Why we love him: Bub’s lo-fi stoner schtick – this was the age of Bill & Ted – just make him likable. He also cops one of the more inventively gruesome demises in the film: Head forced into a hydraulic box compressor. Ouch.

While sometimes I wish I was a domestic pet, it’s pretty cool being a human, as a lot of humans are awesome, even those in cheap-ass slasher flicks. 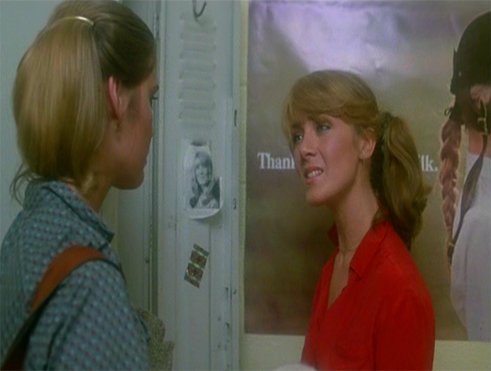 Missive: Humiliate prom king and queen Kim and (ex-boyfriend) Nick, ruining Prom Night for all! No buckets of pig-blood this time.

Attitude: BAD. Wendy tells a changing room full of classmates: “You’re all pathetic!” and plays hardball during a confrontation with good-girl Kim, uttering the infamous line used in all four original PN movies: “It’s not who you go with, it’s who takes you home.”

In her case, the coroner.

Why we love her: Her unrelenting thirst for nasty vengeance and her epic chase scene through the corridors of the school, where she almost out final girl’s Jamie Lee Curtis.

Wendy, though you died and in life were a pain in the ass, you are the first inductee to the VeVo VIP’s of Slasherdom hall of whatever.