He Who Walks Behind the Ever Changing Story 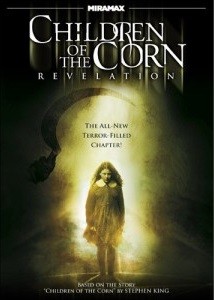 CHILDREN OF THE CORN: REVELATION

Laughter Lines: “I do not believe that your grandmother was abducted by a group of hyper-religious kids.”

When people level criticisms at the canon-issues in Friday the 13th or Halloween, point them in the direction of Children of the Corn, a film series with more identity issues than a Trump immigration manifest.

I do wonder if Stephen King has sat down with all the sequels and stared in disbelief that his short story has ushered in such a long-running franchise.

In this seventh installment, Claudette Mink is pretty much Little Red Riding Hood, as she rocks up at the dilapidated apartment complex looking for her missing Grandma, who suddenly became religious after years of atheism. The area is littered with creepy ass children – well, the same two for the most part – who glare as she walks by and eventually come around murdering the other eccentric residents of the condos.

Ironside bit-parts it as a scarred priest who fleetingly namechecks the much-missed Gatlin and He Who Walks Behind the Rows as the force responsible for the mass-suicide of a kiddie-cult on the same sport sixty years earlier – guess which missing geriatric was the sole survivor? 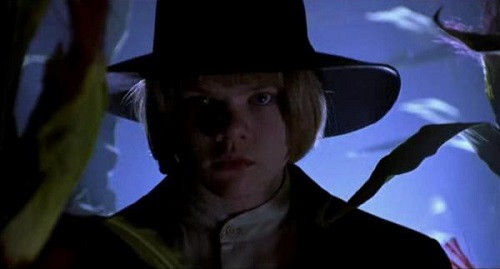 Good visuals and a few creepy set-ups early on are impressive, but as ever with this series, it stalls to a flat, fizzle of an ending and then just sort of stops, leaving the obligatory couple of survivors who won’t turn up again in the next one (2011’s really bad Genesis). The rest is the usual rural looking kids with Biblical names, their leader, disbelieving authority figures, and random corn left all over the shop.