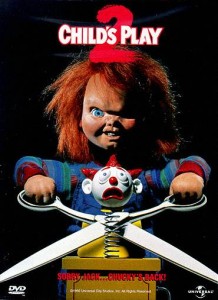 Chucky is one of the less convincing slasher killers. I mean… it’s a doll. Just tread on it.

That said, this is probably the most enjoyable of the first wave of Child’s Play movies. Things improved with the introduction of Tiffany in Bride of Chucky eight years later, though by then all fragrance of horror was long lost.

Here, two years after the original, we’re to believe only a matter of weeks have passed since little Andy Barclay (Vincent, returning to the role) defeated his possessed Good Guy doll, which houses the soul of the late Charles Lee Ray – a.k.a. the Lake Shore Strangler. Never mind that Alex Vincent is clearly much older than before, he’s fostered out to the Simpson family while his mom undergoes psychiatric evaluation. Understandable considering she told the world a doll killed several people. 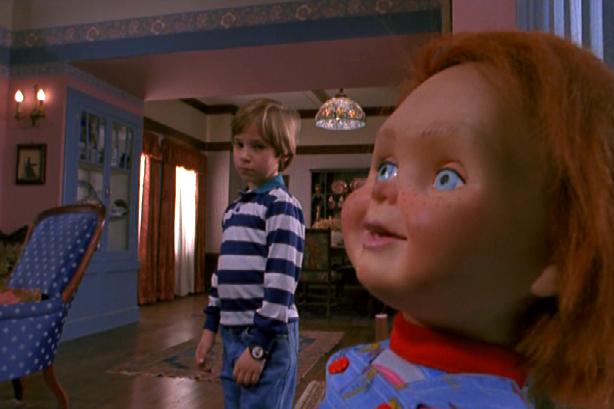 For reasons unknown, the offending doll is cleaned, buffed and given new arms, legs and clothes only to be condemned to be tossed in a dumpster by the management of the toy company. Before that can happen, Chucky asphyxiates a pre-Ally McBeal Greg Germann, then makes his way to the Simpson home where he replaces the convenient resident Good Guy doll with himself and begins killing folk. As before, Chucky requires Andy to transfer his soul into flesh.

Though it’s largely a retread of the nobody-believes-the-kid theme, the first hour of Child’s Play 2 skips along merrily enough: Andy’s stern teacher is thrashed to death with a ruler, Gerrit Graham’s grumpy foster father suffers a bad fall, and Andy is sent packing. 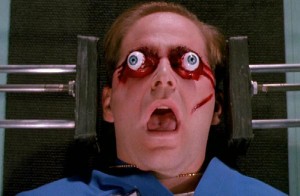 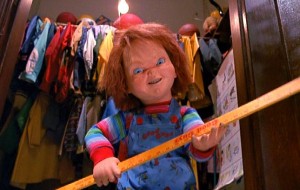 Only teenage delinquent Kyle (Elise) raises an eyebrow in the direction of Andy’s protests and no sooner does she find the buried remains of the inanimate Good Guy doll and a dead body, Chucky has her taxiing him in Andy’s direction. A series of scuffles take the trio back to the Good Guy factory where the kids ‘kill’ Chucky about six times before he’s actually defeated.

A slight, crude, and largely immature venture, Child’s Play 2 succeeds enough with good production attributes and being just quirky and different enough to amuse, although the doll repeating variants of “fuck you bitch” is wearing. Elise makes for a likable and spunky heroine while Vincent is a kid who ISN’T an obnoxious brat. Agutter and Graham are underused as the foster parents but there are enough familiar and talented faces in the supporting cast to retain interest. 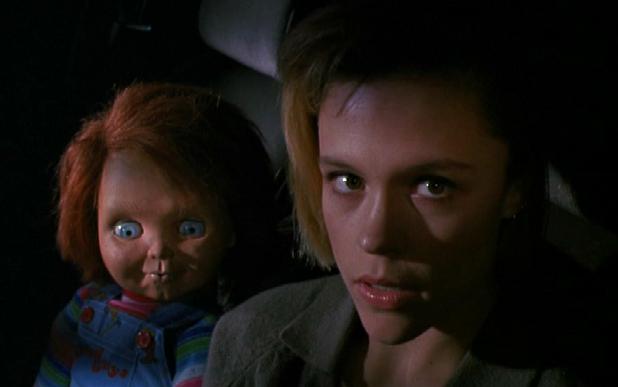 Blurbs-of-interest: Gerrit Graham was the lead in National Lampoon’s Class Reunion; Grace Zabriskie can also be found in R.S.V.P. (and The Grudge); Haskell returned for the next film, along with voice of Chucky, Dourif, who is also in Urban Legend, Trauma, Chain Letter, Color of Night, and both of Rob Zombie’s Halloween remakes; Beth Grant was in The Dark Half.

tagged with before they were famous, children are evil, sequel city, slasher, spunky final girl, yo! Hollywood