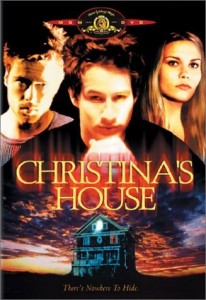 This low-key, incoherent Canadian flick plays more like an after school teen thriller with a little more flesh and profanity spooned on.

Beginning with the unexpected murder of a girl scout selling cookies door to door, who calls at the Tarling house, home to hardworking but concerningly fond-of-his-dauhter dad Jim, friendless video game addict Bobby, and sexy teen Christina, who is struggling with fitting in at a new school and her boyfriend’s sexual demands.

Having relocated to be closer to their institutionalized mom, the Tarling kids – particularly Christina – find their large new house slightly eerie, a place where objects disappear and reappear at will, strange noises are heard coming from the attic and sandwiches make themselves. Is Christina going mad? Her bratty brother thinks so, and best friend Karen (Michael Bublé’s sister, Crystal) just wants to party. 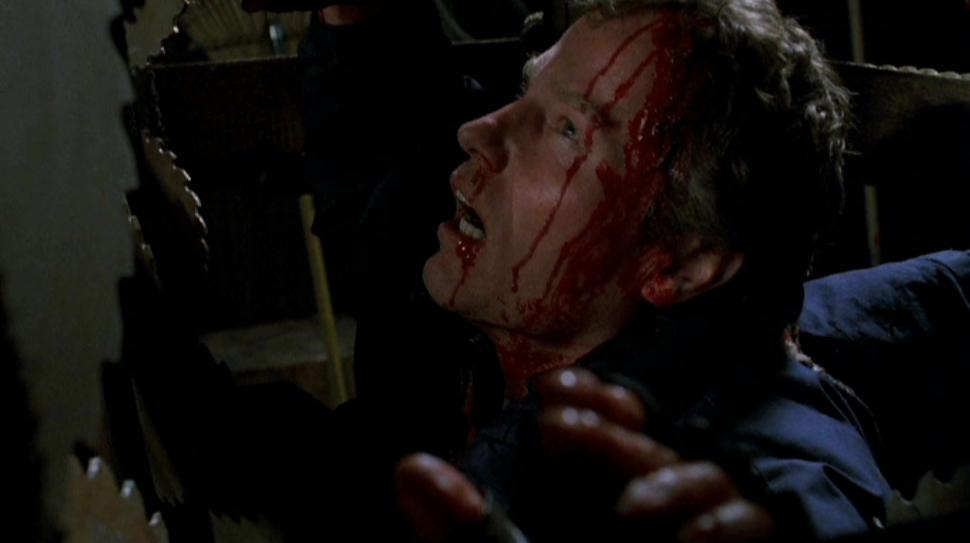 When the boyfriend’s ex is found dead in the shallow body of water in front of the house, Christina doesn’t know who the finger of suspicion should be pointed at: her dad is acting weirder than ever, or could her beau’s temper gotten the better of him? And there’s also the introvert handyman, Howie, who seems to crop up from nowhere at any given time. The super-sweary sheriff (Wasserman) loiters around, shouting “shut the fuck up!” at every possible opportunity. In truth, it can only be one of two characters as part of the killer’s face can be seen during the opening murder.

These gloomy moments aside, Christina’s House is a rather barren horror film that could’ve used a bit more stab-and-drip. The situation is partially corrected by a good final third, once the killer and his ridiculous motive are revealed. Strictly a single-watch deal, but it’s still better than Wilding’s later foray into slasherdom, The Wisher.

Blurb-of-interest: Jerry Wasserman can be seen in shoddy SyFy flick Scarecrow and also The Editor.

tagged with 90s horror month, before they were famous, Canuck, children are evil, Nu-di-ty, slasher