Crap comes in many shapes 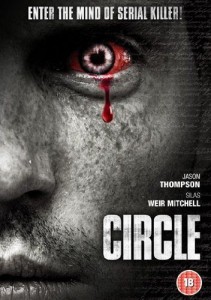 “Enter the mind of a serial killer!”

Poor Erin Michelle Lokitz stumbling from one bad slasher movie to another: a bit-part in The Graveyard (the third Bloody Murder flick), final girl role in Buried Alive, and now this. But at least she gets final girl duties again. Sort of.

Also typecast is Silas Weir Mitchell – who might well regret playing ‘Haywire’ in Prison Break - who, of course is a looney toon serial killer, James Bennett, who escapes from an institution, offing five fellow inmates on the way out. It naturally coincides with five grad students taking a field trip to Bennett’s childhood home for the criminology course.

An off-the-shelf grizzled cop (quitting smoking, drinking, goes with his gut, blah blah blah) teams up with a sexy FBI agent to hunt down Bennett before he can kill again. Lots of garb about Greek numerology, Bennett’s freaky eyes, and the way victims are arranged in a semi-circle take up much of the running time and the killing never seems to get started. 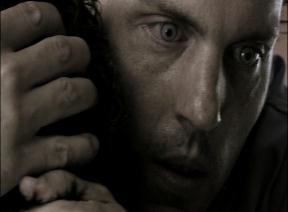 Once the college kids (good girl, best friend, nerd, oversexed stoner and his loose girlfriend, etc) are finally at the house, they go through the motions and nothing seems to happen. Eventually, somebody begins to abduct them one by one while we pretend we’re fooled by the fact that Bennett is glimpsed by Lokitz’ sort-of final girl, then when several attacks follow, the perpetrator’s face is suddenly in the shadows…

The supposed twist has already been posted in the mail and it’s absolutely no surprise whatsoever when the second killer’s identity is revealed. Then, as if to drench that wound with an oil tanker of salt, the film just ends without any real conclusion: the killers run away and escape. No retribution, no fighting back from the sort-of final girl, just a fade into some shambolic hope of a sequel.

But Circle is way too boring to deserve any kind of sequel. There’s no tension, hardly a drop of claret, and the characters have all been hatched from grow-your-own knife fodder kits. Most of them are done away with summarily whilst unconscious at the end, while the final ‘big reveal’ is that Killer #2 has the same weird eye thingy as his bro. That’s all they got! 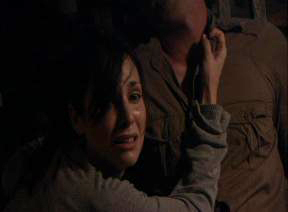 It’s a shame because the likeable Mitchell would be fine in the role if the rest of the film weren’t so dreadfully written. It’s not procedural enough to function as a cop thriller and not horrific enough to be a decent slasher movie. Circle languishes in a state of limbo between genres, dull on its own but made repugnant by the aborted finale. Crap.

Blurbs-of-interest: Will Stiles was in The Caretaker; America Olivo was Amanda in the Friday the 13th reboot and Elijah Wood’s mommy in the 2012 remake of Maniac; Ryan Doom was later in Most Likely to Die.

tagged with Nu-di-ty, obvious identity of killer, slasher, weird-ass twist, what the hell!?, who finances this crap!?