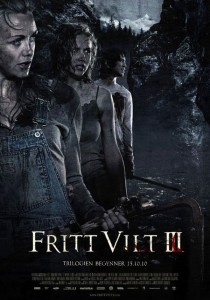 The law of diminishing returns applies quite stoically to the slasher realm. Sequels are more often than not retreads of their predocessors, lacking in imagination and largely barren in the imagination department. They’re cash-ins.

This is the point of view of most.

Me, however, I’ll watch just about any old crap. Although this year I “decided” to give up on camcorder-quality films altogether. There’s never been a good one, so I’m going cold turkey. Oh, how will I cope?

Anyway, in the realm of the NORWEGIAN slasher movie, things are a little different. This is aided by the fact that there are only about half a dozen in existence anyway. Manhunt sucked and probably won’t generate a follow up, but Cold Prey surfed in on a freezing wave of freshness, filling the lungs of a haggard genre with life and resetting certain cliches so they weren’t embarrassing in the context of the film and its kick-ass sequel, which is the hands-down best dayum hospital slasher flick going.

The declaration of a third film was better than the announcement that so-and-so is pregnant with your child. Screw that, there’s gonna be another Cold Prey! Light up a cigar for something more fulfilling.

Neatly, Cold Prey III comes full circle on the 80s homage of the first two films by setting itself in the 80s. The Norwegian 80s. Where everyone loved Kim Wilde.

Yes, it’s prequel time. I’m neither for nor against prequels. I rather enjoyed the Texas Chainsaw Massacre one, to which this bears some similarities. ‘Origin tales’ have become a bit popular in horror lately, or ‘reboots’ that permit a re-telling of Jason, Michael or Freddy’s murderous arc.

Cold Prey III provides a minimal sequence that fills us in on the Fjellmannen’s early years as that kid with the eye-birthmark thing living in the eerie ski lodge. He offs his unloving folks and disappears.

Twelve years later, in what I assumed was a warm spell for Norway as there’s no snow in sight, usher in six bouncy teenagers (four boys, two girls) who want to check out the hotel but end up camping by a beautiful lake. They do the usual teenage things of drinking beer round the fire and being giggly n’ such and two of them wander off for midnight nudie time, which is thwarted when they tumble into an animal trap, which unfatally skewers Knut, leaving final girl-candidate Siri to go and get help.

Fjellmanenn: The Wonder Years finally turns up on scene to start killing and I’ll not give away some factors which make the story different to the other films. Suffice to say, this one owes a fair wad of inspiration to Wrong Turn and is notably bloodier than its kin.

The other teens soon find themselves on the run when they go looking for Knut and Siri and instead find the killer. There’s an energetic race through the woods to an abandoned house, which shows that the ‘USP’ of the Cold Prey brand is still creating tension out of tried and tested sequences: here, Walkman-toting Magne finds himself creeping away from the killer around the ground floor of the tiny cottage. Don’t. Even. Breathe. 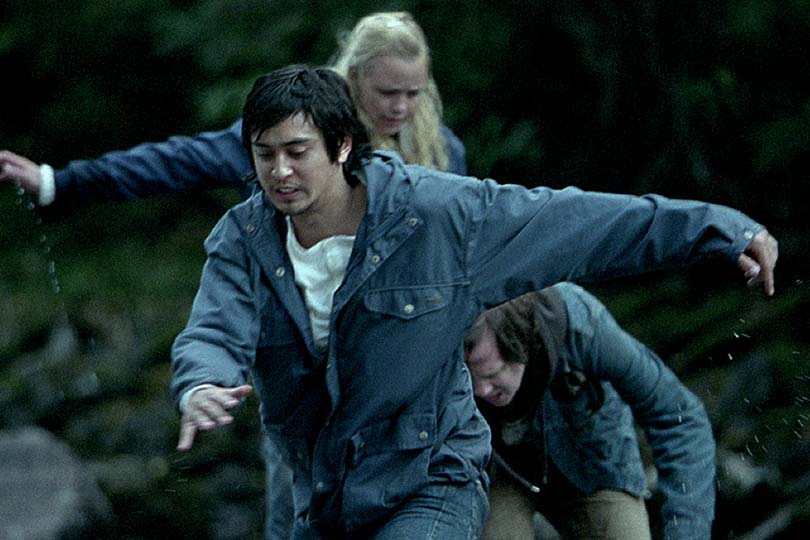 Interesting, while Siri is being held captive elsewhere, the final girl reigns are passed over to the ever-frowny Hedda, who, being the only one without injury, is forced to try and save herself, her boyfriend Anders and arrow-through-the-foot-victim Magne.

Hedda does a good job, but she’s no Jannicke. In fact, most of Cold Prey III‘s problems lie in the rather lax characters, some of which barely have any lines before they’re dispatched. There’s a friendly ranger-cum-cop trying to find them after he gave them a ride to the forest in the first place, his estranged backwoods brother and a revelation some two thirds of the way through that links back to a throwaway line from Cold Prey II.

If you divorce the other films from the equation, this is a decent, above average forest-centric slasher flick. Its ties to the lore set out previously are strictly superficial and by cutting a few lines and the hotel scene, you might not even make the connection that the film is even related. 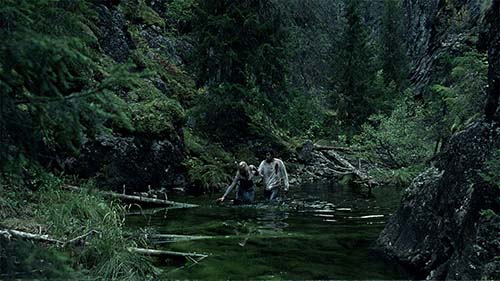 Cold Prey III is good enough on its own but don’t wade in expecting the same dizzy heights; this is a cash-in, a contrived way of making a third film without having to somehow resurrect the maniac from his (very final) termination at the end of the previous movie. Production attributes are very good, scenery gorgeous and performances adequate. The good scenes outweigh the bad but, as with all prequels, you can see how it’s going to end, although some effort goes in to subverting an entirely predictable fate for the last one standing, which shows some imagination still at work.