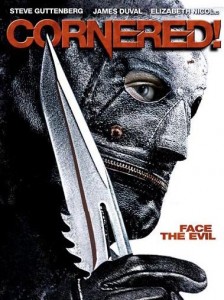 Dire-logue: “Are we playing cards or sucking dick here?”

A zipper-faced slasher is hacking up convenience / liquor store patrons in LA. There’s a $500,000 reward on his head that a group of employees at a dead end store discuss at the end of their day, including how they’d choose to do away with the psycho if they ever crossed paths with him. 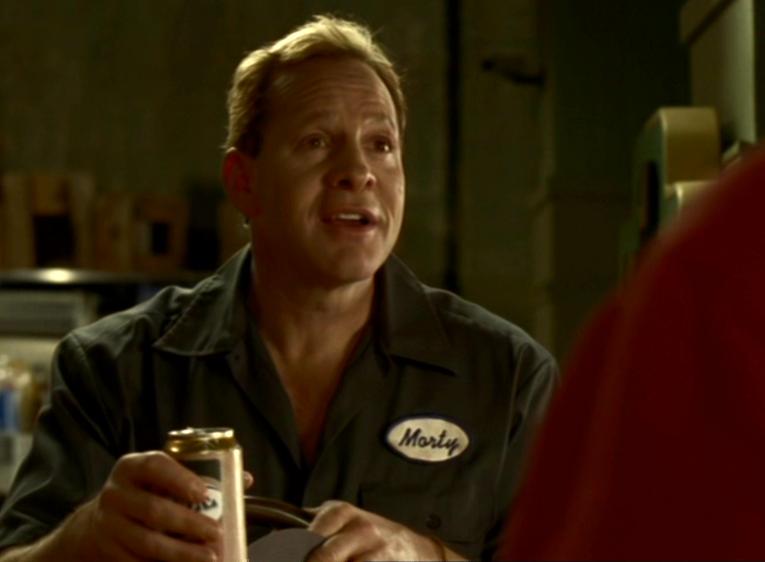 An altercation with a local hobo breaks the front door, which is quickly boarded up, thus locking the group in for their late night poker game and soon locking the killer in with them…

In true generic style, each person finds a reason to go downstairs into the store and gets murdered in the same way that they suggested they’d do away with the loon. Ironic. The killer must’ve been listening into their conversation…!

Cornered! has pleasant echoes of 1988’s Intruder, though the run-down store is a lot smaller than Walnut Lane Supermarket and has fewer weapons for the killer to pick from, though he does do away with one schmuch with a pair of Cornettos! It’s as predictable as they come but putting a little effort into the photography and characters makes the world of difference between this and, say, Somebody Help Me, where I just wanted the cast to die quickly and neatly. 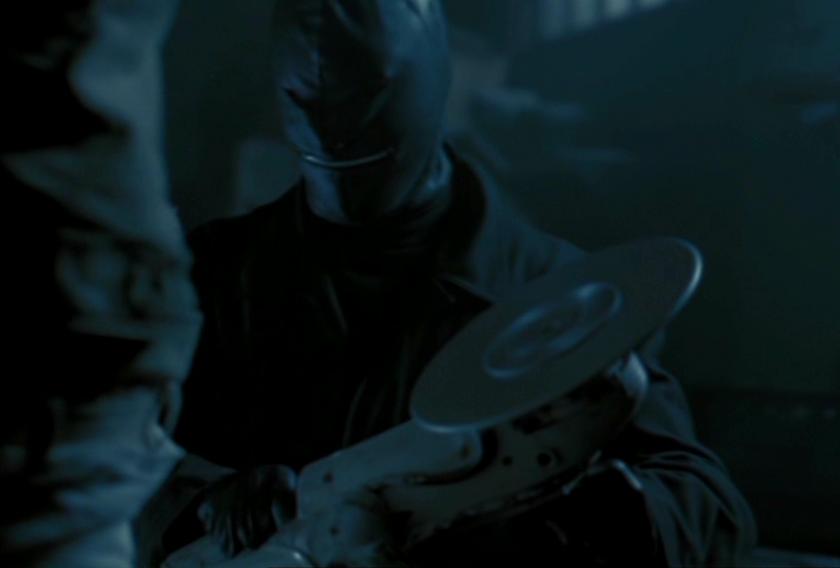 Going against it, the identity of the killer is evident from the off but it allows for lines almost as corny as those in Intruder: “Clean up in aisle 3!” There’s also a thick wad of conveniences (well, it is a convenience store) and dumb reasons for people to split. When one guy finds a lengthy blood trail where the previous victim’s corpse has been dragged away, he calls out: “I see you shithead… I followed your trail of ketchup!”

A nice one-off with the is-it/isn’t-it appeal of seeing Guttenberg back on screen, you could do a lot worse than this. And I have.

Blurb-of-interest: James Duval was in The Clown at Midnight and May.

tagged with after they were famous, obvious identity of killer, slasher, star power