“It’s Curtains for you, Maggsie!” 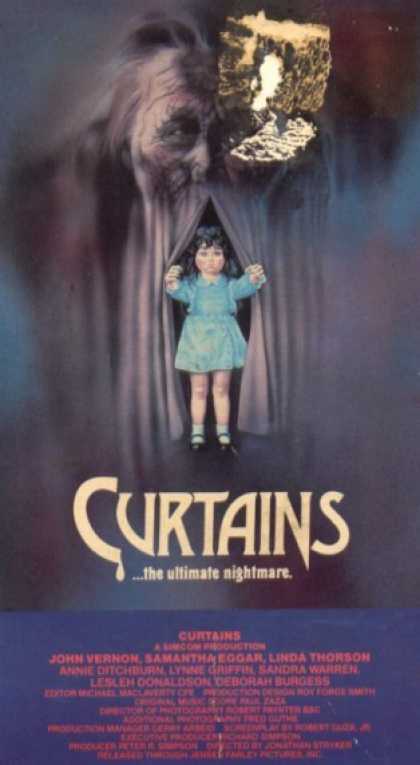 “Six beautiful girls trying to get ahead… When the curtains fall, five will be dead.”

The legacy of this Canadian production from SimCom, who were behind Prom Night and its first sequel, is made out of tales of endless re-shoots, re-casting, director storm-outs and general production nightmares for all. So much so that it began filming in 1980 and wasn’t released for nearly three years!

What remains is a likable affair, albeit flawed, with plenty of that signature Canadian appeal intact, even if little else is. 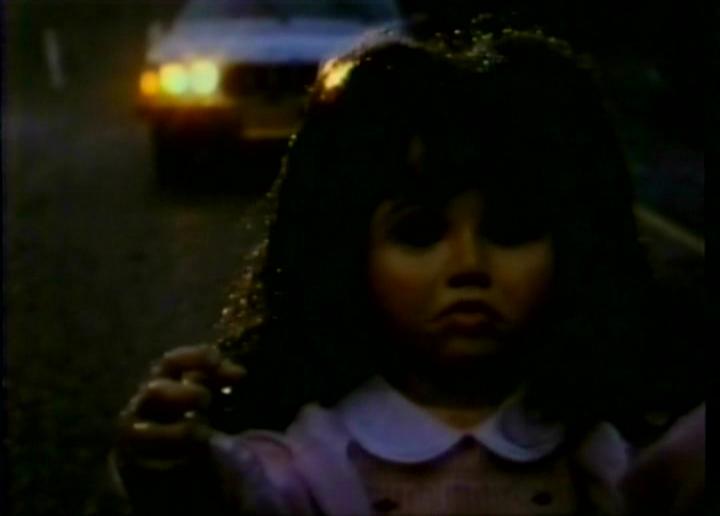 Vernon is smarmy director Jonathan Stryker, who wants choice leading lady Samantha Sherwood (Eggar) to sit in an institution in order to prep for the coveted title role in his new film, Audra. While she languishes in the asylum – which seems only to be home to women who giggle and act like little girls all day – he pretty much forgets about her. “The project has been temporarily been shelved,” he utters somewhat ironically, before deciding to hold open casting at a remote snowbound house for six potential Audras. 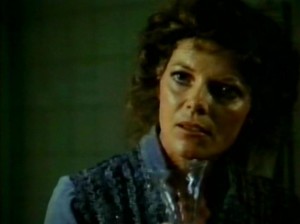 One starlet is murdered before she can even leave home, after a premonition-filled dream regarding the creepy doll that is set to show its face at each murder scene as the film goes on. Her competition continue without her, among them a has-been actress (Thorson), a dancer, a young ice-skater, Griffin’s ‘kooky’ comedienne, and a random one who doesn’t do or say much but is one of the last to die.

While Stryker sleazes his way through them, sleeping with some, ignoring others, Samantha Sherwood shows up unannounced, claiming the role to be hers and generally acting like a diva whenever she feels like it. There’s also a guy who appears to be some sort of janitor, they either don’t say or I stopped listening to gaze at my fish tank. Either/Or. Anyway, he doesn’t say much either.

Ice-skating girl is the next to go in one of the film’s better sequences. She’s up at dawn for a habitual skate and is ambushed firstly by the creepy-ass doll, which has the ability to attach itself to people without explanation, and then by a hag-masked loon with a sickle, who evidently trained to out-skate a professional should the need arise. Coincidentally, as ice-skating girl is played by then genre-regular Lesleh Donaldson, the scene bears several similarities to Donaldson’s murder in Happy Birthday to Me. 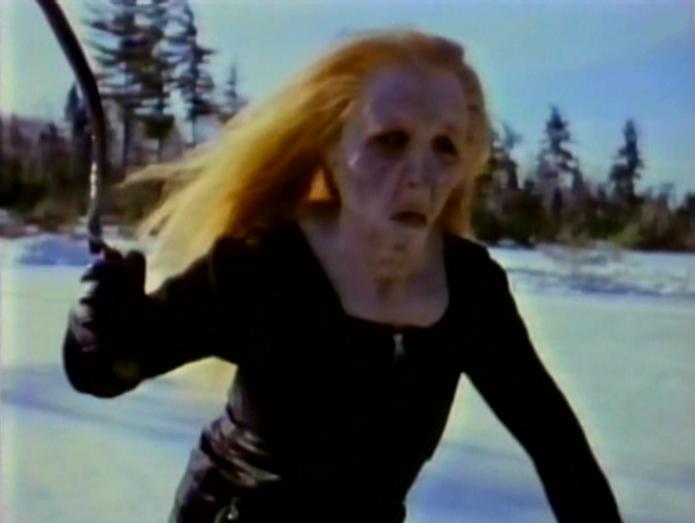 Stryker works with the remaining actresses, pretty much by serving his own perverse desires, attempting to make them make-out or seduce him, and disbelieves has-been woman when she finds ice-skater girl’s severed head in the toilet. The two of them are then shot dead and the remaining girls, mute-janitor man, and Samantha are left on the hitlist. Or all this could’ve happened in a slightly different order – fish tank again.

As it is, there’s a long chase for ‘Other Girl’ (played by Sandee Currie from Terror Train) that shares a lot in common with Prom Night, helped indubitably by the similar score from Zaza, which cuts so fine a line between this and his work on the earlier film that I questioned whether he’d just handed over the master tapes and told them to go for it. 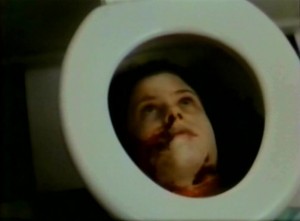 Finally, the killer is revealed in quite a flat manner, their motive seemingly non-existent, their ability to have spearheaded such an intricate plan, get kicked and punched and not be bruised left out of the picture as all good slasher films should do! Is it a bad ending? Yes and no. The character was a good fit but there’s also the feeling that too many re-writes screwed up some original vision which was a lot more concise.

Curtains punches above its weight in this respect: there’s a sense that somebody on a train going from Toronto to Vancouver who thought they were making a chic thriller, collided with somebody on a train going in the opposite direction who just wanted to churn out another cheap slasher film. Sifting through the debris of this crash, Curtains was found, wounded but alive. 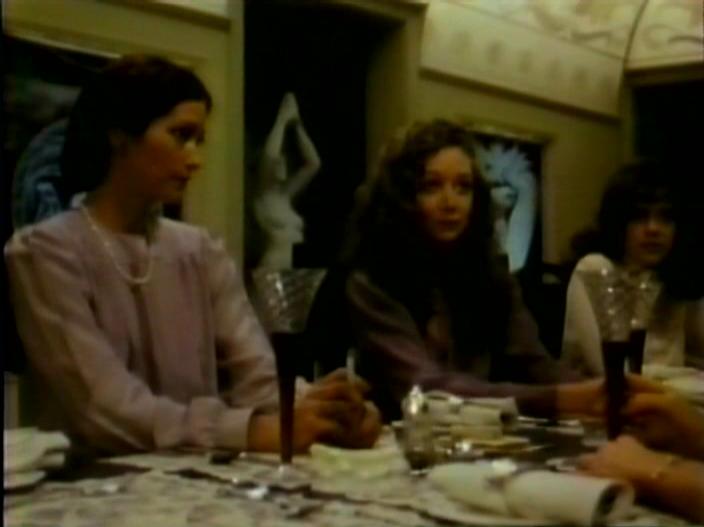 What a stupid analogy that whole train thing was. We should be thankful the film was finished at all. It’s got some bad moments, dim lighting and a largely indistinguishable cast of ladies but then there’s the score and that ice-skating slo-mo flash of brilliance in there too. I’d say remake it, but then I think of Black Christmas. And Prom Night. And My Bloody Valentine 3D.