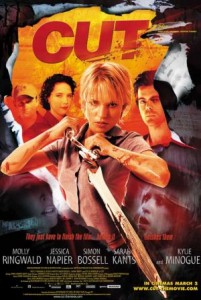 Dire-logue: “There is a force at work here… It is not human and it is unspeakably evil. You must destroy that film at once – or you will all die!”

If the worldwide appeal of Scream could ever be doubted, then look no further than this Australian reactive export. Actually, Australia is quite far to go to look.

Self-referentiality, sharp dialogue and comic reflections on the genre abound, but Cut is a wildly misunderstood and consequently vastly underrated film. I had the privelege of seeing it at FrightFest, which turned out to really be a stroke of luck as, to date, it has only ever received a very limited rental release on VHS on these shores. Region 1 DVD it is, then!

Things begin on the set of 80’s slasher film Hot Blooded, where the kill scene of Molly Ringwald’s character’s character is fucked up by the stuntman/actor playing the killer – Scarman – forgets to rip off her blouse before slashing her throat, inducing an explosive outburst of anger from highly-strung lady director Hilary Jacobs, played by the ever-lovely ‘smiley’ Kylie Minogue (not smiling much here, though). 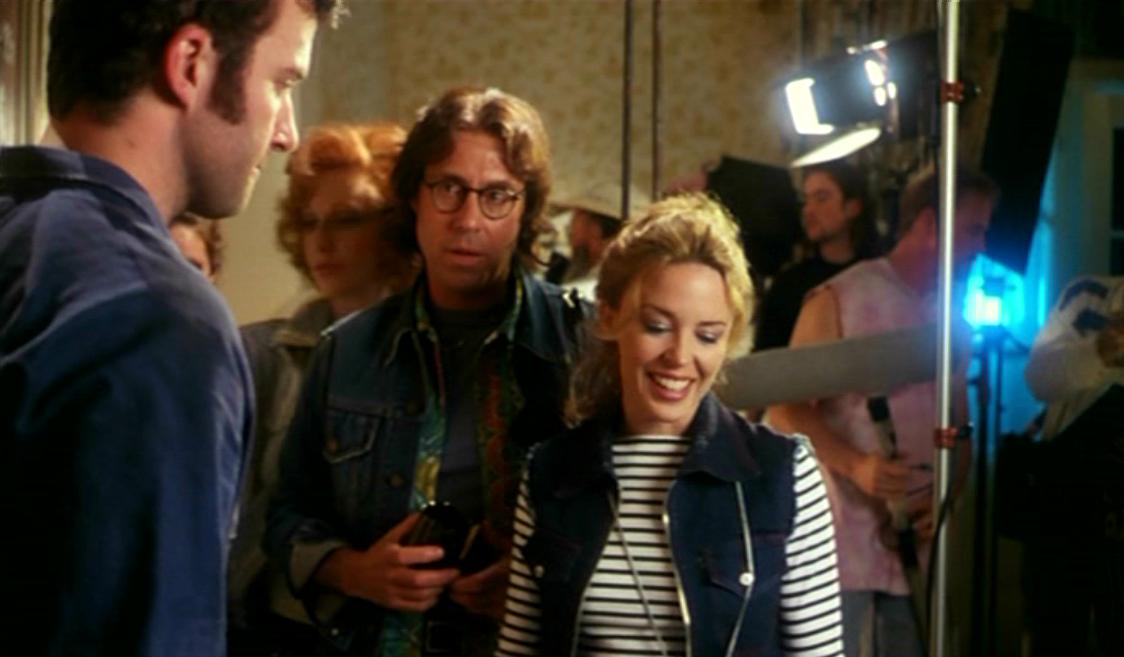 Humiliated by her diatribe in front of the crew, stuntman Brad (who sports a pair of nice, meaty sideburns) kills her and cuts out her tongue before Ringwald’s Vanessa shows up and manages to introduce him to the business end of his modified shears, effectively shutting down production on the film altogether.

A group of film students with a final assignment to deliver bug their teacher – who was a runner on Hot Blooded - about finishing the movie, which is rumoured to carry a curse that killed the original producer and a director who attempted to complete it some years earlier. Defying their professor, they purchase the rights and get an investment from the producer’s widow, doing enough to tempt Vanessa Turnbill back down under to star in it. 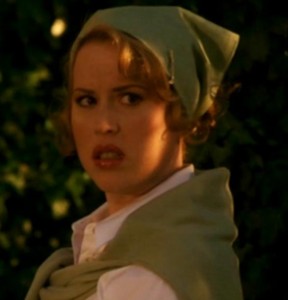 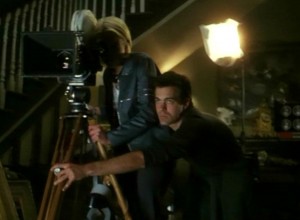 Of course, you can’t keep a good curse down and shortly after the surviving footage is screened, people start to die. Could the professor still be scarred by damaging memories? Or has the interim decade turned Vanessa into a homicidal Hollywood hacker?

Once the group of students are out of the city and on location, just about everybody becomes a plausible suspect, with suspicious close ups of ambiguous facial expressions or questionable utterances and there’s always a few absentees when a murder occurs. Although one would think that Bobby, playing the killer, is the most likely candidate if for nothing more than being the long lost twin of Billy Loomis:

The outcome of the ‘mystery’ is that there is no mystery killer at all. Cut‘s killer is Scarman himself, as Professor Lossman attempts to explain, the curse is the product of the creative energy put into the film itself – created by belief and emphasized by the rantings of a requisite old person (see Direlogue). Thankfully, such a rubbish resolution is met with perfect sarcasm from Ringwald: “Believe me, there was no creative energy put into that piece of shit!”

This is where Cut likely divides the audience. On one hand it’s a cheat, leading you on a merry game of who’s the killer? only for none of that to count, fobbing us off with a frankly dreadful explanation. As Hot Blooded was a late 80’s film, so the whatthefuck ending of Cut suits that era down to the ground: Shocker anyone? The later, increasingly ridiculous Elm Street films? Bad Dreams? The Horror Show? Dreamaniac? 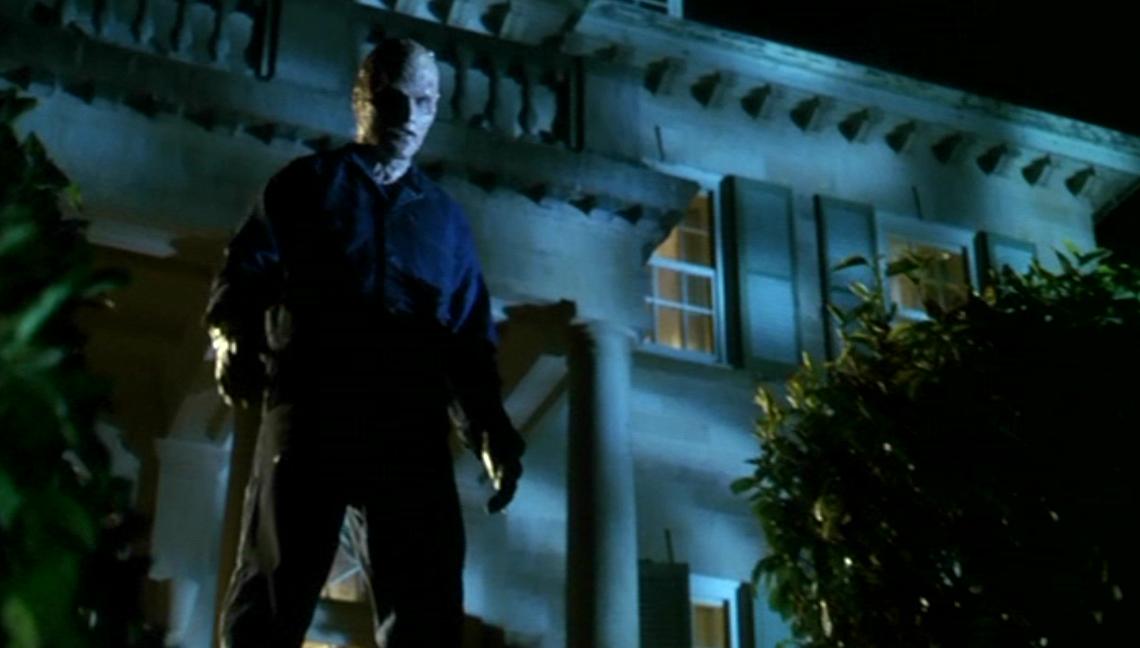 The tail end of the slasher genre was a dumping ground of stupid ideas such as this: Killing from beyond the grave or through appliances, possession, dreamscapes and the like… It usually sucks, but the forces behind Cut make the right move of fusing their dumbass idea with the all-knowing attitude of Scream, resulting in a great fun flick – but probably only if you view it in the knowledge that it’s sort of deliberately rubbish.

Even outside of the divisive finale, there’s some good stuff in the film and it’s liberally bloody with a high bodycount for a sub-80 minute (PAL timing, people!) production. Jessica Napier is an effective stand in for Neve Campbell as the ambitious young directorette with a couple of secrets and Sarah Kants impresses as the producer with a crush on the former. Ringwald plays with her bratty has-been persona with relish and most of the meat-on-legs backgrounders do enough to elevate themselves from non-dimensional stabbing objects. 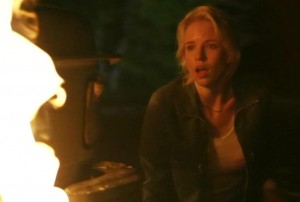 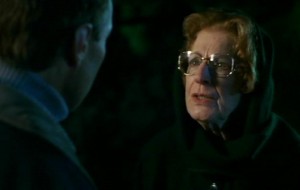 Cut wasn’t a particularly lucrative film, scuppering any hope of a pitched sequel with a killer robot (I think, I saw some artwork for it years ago) and will probably go down as one of the many international attempts to duplicate Scream‘s formula, in spite of the fact that it’s better than most of the contemporary efforts. Much was made of Kylie’s involvement in the “Drew Barrymore role,” which coincided with her commercial comeback but considering she appears rather fleetingly, it was a bit of a stretch to try and pivot the marketing on her presence. This is one for genre fans

tagged with after they were famous, get your own ideas!, Oz, rip-off central, slasher, spoilers, spunky final girl, star power