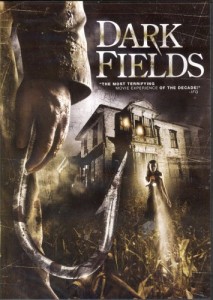 You know a film is going to suck when a scene supposed to represent an entire lesson lasts 90 seconds and a student leaves saying “oh my god, I thought that class would never end!”

This is actually from the same individuals who would later give us The Breakfast Club slasher homage Study Hell. Only worse.

Five high school teenagers share a ride to a rock concert (‘The Cryptic Dead’) and run out of gas on an old road in front of a scary farmhouse. One of them goes to ask for gas but never comes back.

36 minutes into the film, the first “scary” thing happens (a hand shredded in a piece of farm equipment – not gory) and is followed by mucho shrieking and running from the two female characters, who we’re left with throughout the rest of the film as the guys fall victim first. 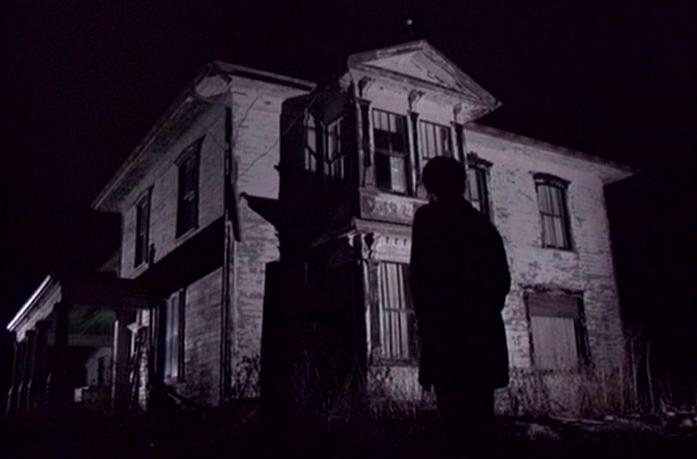 Dark Fields is slow and long (despite the 80 minute running time), with stacks of unresolved questions saved for a sequel that – mercifully – never happened: the guy who went for the gas is never heard from again, but likewise never seen dead and doesn’t turn out to be the waddling killer, who sports a wig from Cher’s cast-off collection.

And the killer. Who hell he? Presumably, he’s a kid referred to in a fleeting old-news-clippings discovery scene, but nothing is made clear.

The characters are objectionable twats. Designated driver is kind enough to offer them a ride and they’re nothing but ungrateful pricks, deriding him at every opportunity and sending him to go get the gas when they haven’t so much as offered any money to pay their way.

Both girls survive, bizarrely, as one of them only contributes shrill hollering for most of her screen time. Waiting for her to die – hopefully via blade in the mouth – is a futile plan. Doesn’t happen. 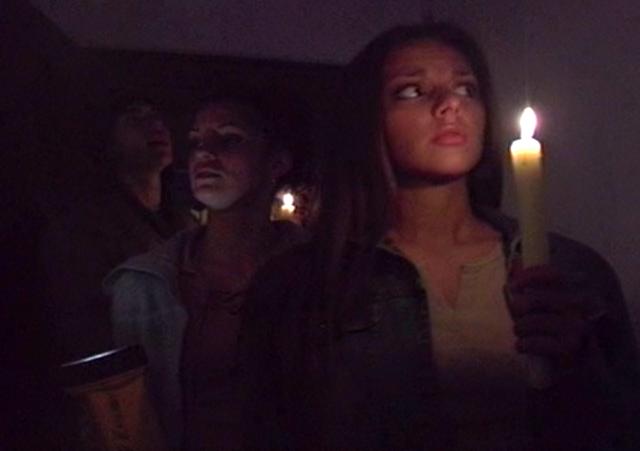 Elsewhere, it’s the usual “this isn’t funny anymore”-style dialogue and eight minutes of credits with added outtakes, as if we were clueless to how amateur it all was from the start!

Blurbs-of-interest: McNabb directed and wrote Study Hell, which featured three of the main cast members. Do you care which ones? If so, write to me and I’ll provide the thrilling answers. Or go to the review of that film and find out for y’self…

tagged with Canuck, slasher, spoilers, what the hell!?, who finances this crap!?