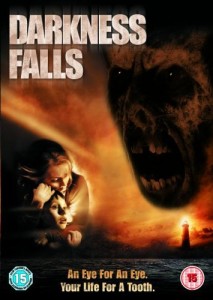 Laughter Lines: “All this over a fucking tooth!?”

Given that tagline, you’d be forgiven for thinking Darkness Falls might be a comedy (should’ve stuck with the far more pithy ‘Evil Rises’). Well, there are parts to laugh at, but this is one po-faced PG-13 profit monster from down under; it raked in almost $50million on the back of an $11million budget.

Yes, it’s a body count horror film about The Tooth Fairy. THE TOOTH FAIRY! Rather than go into details around the origins of such a figure, we get an real quick ADD-aware intro about local woman Mathilda Dixon, who lived in the eponymous town 150 years earlier. Affectionately known as The Tooth Fairy by the kids, whom she gave a gold coin in exchange for lost teeth, until the day some kids disappeared and she – a burn victim who was confined to the shadows – was blamed and hanged “in the light” (that last bit is apparently important). Turns out the kids were fine and dandy, the town was wrong, and covered up their faux pas, as these appropriately named townships always do. 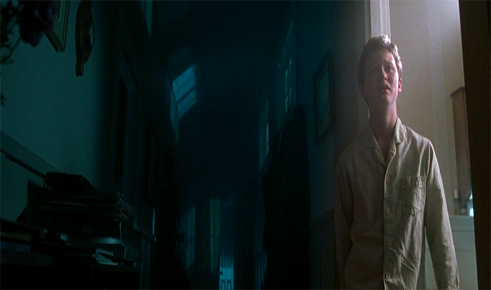 Zoom forward to the almost-present and young Kyle Walsh loses the last of his baby teeth, which he puts under the pillow to be collected. But local legend says that if you see The Tooth Fairy, she’ll kill you. He sees her and escapes, alerting his mom who does the usual “it’s okay, darling” routine until she catches a glimpse in the mirror and is clawed to death.

Zoom forward again and adult Kyle (the late Kley – who somewhat ironically died in his sleep) is summoned back to town by childhood crush Caitlin (Caulfield, who was the always hilarious Anya in Buffy). Her ickle brother Michael is exhibiting the same weird behaviour Kyle claimed was present at the death of his mother: “She’ll get me!” etc. and will not go anywhere dark. 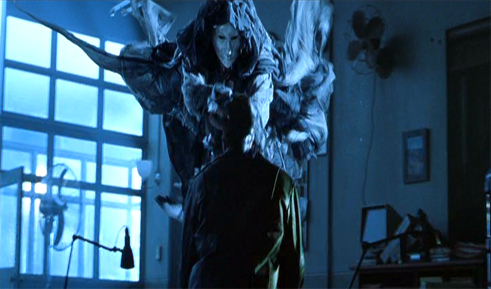 The Tooth Fairy/Mathilda still has it in for Kyle and does all she can to finish him off, killing rednecks, Caitlin’s man-friend, some nurses, and cops, while the trio of characters afforded any personality/names are on the run from her flying fiendishness by staying in the light at all times. Even when all lights fail. And torches. Car engines. You name it, it breaks.

The villain is shown a little too much and resembles the trio of flying witches in Disney film Hocus Pocus, but in accordance with the teen-sucking rating, shots of anything deemed remotely scary are fleeting and that old bugger shaky-cam syndrome is in full force. 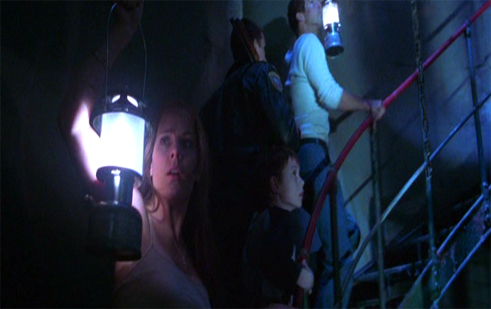 A lighthouse finale lends itself to the predictable CG-heavy outcome and the expected “but she still exists!” threat is not, for once, obliged in the outro, which I suspect was added to fatten the 72 minute run time (the credits roll for a full ten, though to the rockin’ tune of Vixtroa’s excellent Gunboat).

Darkness Falls is bloodless, entirely predictable, and riddled with cavities. But be damned, I like it! High-end production values help, as do some effective shots and stuntwork and fairly tense chase scenes. The producers insisted they were deliberately trying not to make a slasher film but that’s what they’ve have, albeit a variant more along the lines of Jeepers Creepers than, say, Terror Train, but there’s an after school popcorn feel to it that warms my cockles. Eww. 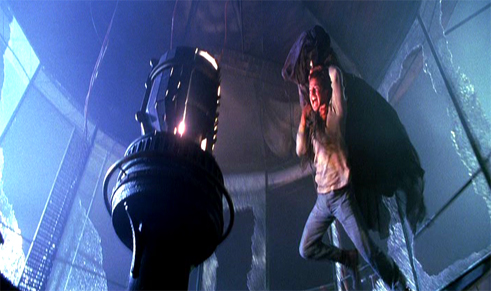 As the concept of a killer Tooth Fairy is yet to be perfected, you can also try the far more obviously titled The Tooth Fairy, which is more of your straight-up slasher flick.

Blurbs-of-interest: Liebesman directed Texas Chainsaw Massacre: The Beginning; Kestie Morassi (the younger nurse) was one of the doomed backpackers in Wolf Creek.

tagged with accents from hell, Oz, slasher, yo! Hollywood