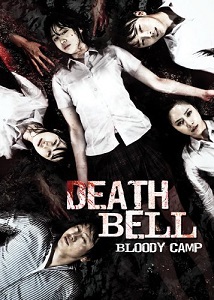 Laughter Lines: “How many white girls have you slept with in the States?”

In the 2008 original, top students at a school are forced into Crystal Maze-like traps that kill them should their classmates fail to figure out the brainteaser presented to them.

Well, it’s pretty much a complete retread for round 2, so much so the film runs exactly the same duration and one of the cast members returns, albeit in a different role.

At the end of the school year, the top 30 students at a school are kept back for a week to participate in a study camp to duke it out in the class rankings. We learn that shy Se-hee’s step-sister Cheong-tae apparently committed suicide some time earlier in the school’s swimming pool.

During a late-night study session, the students awake (I’m not sure if they were drugged?) to find the words “When an innocent mother is killed, what son would not avenge her death?” written on the blackboard and moments later a dead body falls through the ceiling. A tanoy announcement informs the group that they will start dying one by one if they cannot figure out what’s happening and why. 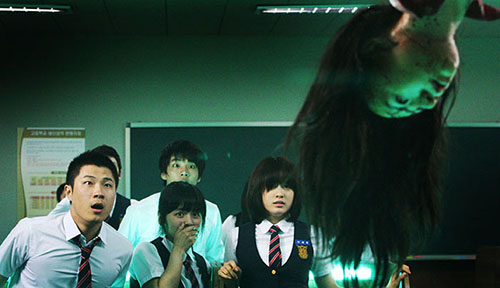 Strict teacher Mr Cha and shy newcomer Miss Park do their best to keep everyone calm, but one straggler is slashed up by a motorbike with blades affixed to the wheels, that continually rides up and down the corridor he’s trapped in; a girl’s medication is swapped for poison; another is taken down by a rigged nail-gun trap and Se-hee experiences flashbacks of her life with the late Cheong-tae, whom she secretly despised.

More deaths occur with a couple of puzzles to thwart them that brainiac Se-hee solves, and it becomes clear that those being knocked off are in some way involved with the suicide.

Death Bell 2 is so identical to Death Bell 1 that you’d be forgiven for thinking you were watching the same film. In fact I began watching the original for several minutes before I realised the discs were mislabelled: Dead girl, mournful friend/final girl, smart kids locked in the school… 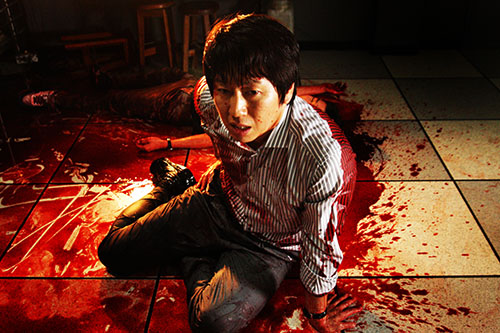 The reveal is not as smart but the film can at least boast great visuals, acting, and structure: K-horror unfolds in a non-linear style, with past event flashbacks intermittently appearing to back-fill the story but not always in chronological order. It makes for a fascinating, long-arc style process you’d expect in a TV series.

More character development would help here, as some individuals are barely allotted names before they either die or vanish from the film completely.