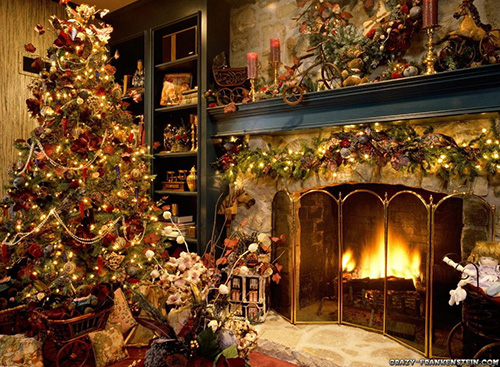 Christmas…a time for sharing, being with your family, eating to excess, relocating to another room to avoid killing said family with the carving knives Dad gave Mum. Any way you look at it, this is a holiday built for horror. There’s so much pressure to buy the right things in the right timeframe for a bunch of people who won’t really appreciate it. This causes tension, tension begat horror and horror makes me happy! Fun for all the family.

A week later, when we’re pondering our waist lines and thinking of which unlucky schmuck to pass on any number of crap gifts to, New Year’s Eve rears it’s bizarre head. One year ends and everybody decides to create fictional promises for the ensuing 12 months.

I gotta say I prefer Christmas on the whole. In 2006 I missed it completely due to my backpacking whim and sat in a cold hotel room in Yangshuo, China, trying not to cry about it. This year I was sick from December 23rd all the way through to yesterday and discovered at last that my parents believe I am in fact the same age as they are through the medium of some weird-ass presents.

Anyway, on to the horror! 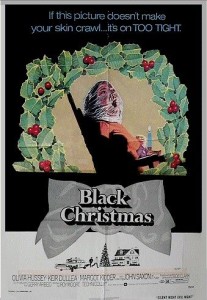 Naturally things begin back in that magical year of 1974. ABBA won the Eurovision Song Contest, Jaws was first published, I was four years from being born and Bob Clark made this sleeper classic. To see Black Christmas is to love it, no alternative.

It’s impact doubtlessly sullied by the cheapjack remake in 06, this is an incredibly unnerving story of an unseen killer living in the attic of a sorority house and making nasty calls to the residing girls, who emerges every now and then to kill one of them.

Olivia Hussey is a complex heroine, but a great one; Margot Kidder is triff as the vulgar drunk and even bad-movie prop John Saxon is there as one of the cops trying to help with the case of the disappeared first victim.

Watch the full uncensored version (it’s not gorier, just more profane) with the lights out on Christmas Eve next year for max effect! 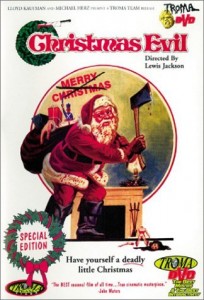 Here’s an interesting sounding concept: sadsack toy factory employee Harry (Brendan Maggart) loves Christmas sooooo much that he spies on the local kids to decide whether they’ve been good or bad. But somebody as unhinged as Harry might react badly if it’s the latter.

So does he go after the horrible little kids? No. Their parents or equally unlikeable siblings? No. He doesn’t really go after anybody by the time he dons a Santa suit, offing a colleague who dissed the season and then three random strangers who laugh at him on the steps of a church.

A real bore-a-thon with one great line of dire-logue courtesy of Harry’s bro: “You’re blaming me for all the horrible things you’ve done because of something I said when I was six-years-old?” 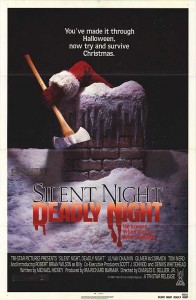 Oooh dangerous ground. This is the one that caused uproar from parents’ groups picketing the cinemas showing it and stating it had made their children scared of Santa Claus. Well, in a way you’re going to have to break your child’s heart sooner or later so may as well get it over with and blame a third party…

Fun flick though; Billy’s not-all-there grandpa tells him Santa is evil and, the very same night, a Santa-clad psycho murders his parents. Billy and little bro Ricky are sent to an orphanage run by uber-strict Mother Superior (Lilyan Chauvin) who has, like, zero sympathy for Billy’s yuletide issues and teaches him that punishment is in his best interests.

When he’s 18, Billy – now an athletic quasi-hulk – ends up working at a toy store and is made to play Santa, something that soon flips the switch on the back of his head from sane to wacky and he’s off slaughtering people who just ain’t nice. A real morality tale, it’s a surprise most of the protesters didn’t fund the damn thing too! Tail-ended by four sequels of varying relation and merit and hauled on to the remake train for 2009.

A few more to choose from. Santa’s Slay is a genial little romp with wrestler Bill Goldberg as Satan’s offspring and loser of a bet with an angel that has made him play Santa for hundreds of years. The duration of the penalty done with, Santa’s a bit wound up and is taking it out on the residents of Hell Township (!) where everyone from Carol Singers to spoiled brats laid to waste as the body count soars into the thirties! Emilie de Ravin, James Caan and Rebecca Gayheart all make appearances in this funky little timewaster.

Turning to weirdo 70s giallo, Silent Night, Bloody Night, in which small town locals all want the Butler mansion in the wake of its owner’s recent demise. Someone has broken out of an institution and there are a load of axe murders. Confused? You will be. Mary Woronov is a good final girl in this pre-Halloween strangeness, that has more than a few moments to remind us where slasher films started out.

Whatever your views of remakes might be, here’s one from the producers of Final Destination that, while a complete bastardization of its source material, is still a lot of fun if you remove yourself from that knowledge. Again, sorority girls are the target of an attic-dwelling psycho, this time with a fleshed out backstory. The body count is about five times higher than the original but there are some nice familiar faces from recent horror playing around, it’s just a shame that violent dispatches took a frontseat to any sense of character or notions of tension… 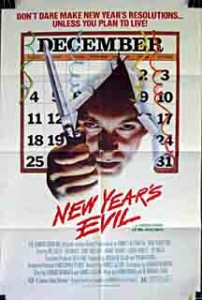 There’s a cool idea lurking behind the trash here. 40-something Roz Kelly is Blaze, the ‘First Lady of Rock’ who is presenting a sort of MTV New Year’s Eve party that’s being televised coast to coast from LA. Shortly before the broadcast begins, a man calls in to announce he’s going to kill a friend of Blaze’s as midnight arrives in each of the four timezones, finishing with her.

A pretty good concept if handled right. And it’s only a slasher flick so that couldn’t be difficult… Oh wait, Emmett Alston is hopelessly untalented. Doi! So it goes, killer – face shown from the outset – works like a Ted Bundy protege, chatting them up and luring them aside just before the bells toll and murdering them. He winds up at the TV station for the final confrontation, ridiculous speech of misogynistic rantings and a fairly inventive twist on his actual identity before the predictable ending.

If you like early 80’s “New Wave” Rock and crowds of zombie-like partygoers swaying in time to said music, then maybe you’ll find something here. Otherwise, stay in and get drunk. 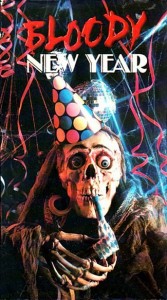 This isn’t actually a slasher film at all, but as nobody’s really ventured back into the New Year’s area of slasherdom (probably put off by New Year’s Evil) I thought I’d bolster the numbers in its…uh…favour.

This is a grinding British film with two teen couples boating out to an island where they sneak into an abandoned hotel and get sucked through some bizarre time vortex, unleash zombies and other critters and all go mad and die.

It’s poor as can be and roping in an American actress to play the lead was an effort to sell internationally I imagine. Shame it’s such a suckfest. If the Brit horror industry hadn’t picked up at the end of the 90s then this may have been our legacy. Eugh!

Victor: Christmas wins by a mile. Having Black Christmas on your team is a given though. Now, why has nobody developed an Easter bloodfest yet?

tagged with calendar carnage, Face off, slasher, tis the season