Oh, aren’t we sometimes just so clever with our little in-jokes and gags that you only get if you’re in on it?

Because so many horror films have been written to cater for people with double-digit IQs, many of these little pokes and winks at the audience are bloody obvious, and some of them are just crap. As always, regardé… 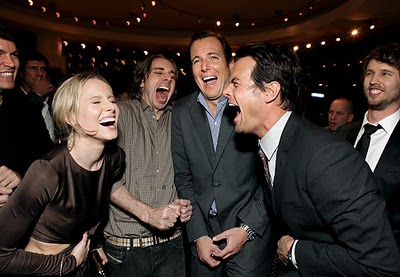 EVIL BREED (2003): “If you leave you’ll disappear – just like every other B-movie character does!”

THE HILLS RUN RED (2009): “The characters always head out to the middle of nowhere, right? Suddenly their cars, their cell phones, their technology can’t save them and nobody ever brings a fucking gun!”

ICED (1988): “It was one of those flicks where you only watch if someone’s naked or getting killed. Or both.”

THE NUN (2005): “so let me get this straight: Are you trying to tell me that all this is some sort of I Know What You Did 18 Summers Ago or something?”

OFFERINGS (1988): “How come people in these horror movies do such stupid things?”

SKELETON CREW (2009): “Somehow we’re inside a film – a horror film! That’s why things have gone like they have.”

TO BECOME ONE (2000): “We’re playing this out like some B-grade movie. Five kids locked away in some isolated shack. When the killer finds us he’s going to pick us off one by one.”

What does this teach us? Sometimes, witty observations are funny. And that Kevin Williamson has a lot to answer for.

tagged with children are evil, Friday the 13th, one two Freddy's coming for you..., slasher, the 80s