Dog Days Are Over

A different take on Stock Background Characters 101 this month as VeVo appreciates the literal underdogs of slasher film – the faithful canine.

Dogs needn’t worry about going in or out of style, they retain their lovable auras regardless of big perms and mullets with nothing but a jangly collar and sometimes a neckerchief. Gotta love that.

There are many pets in slasher films, some fish, budgies, but mostly cats that leap out of wardrobes with perfect timing to scare the beejeezus out of the inquisitive final girl and dogs that sense trouble long before their masters. They try to warn them but, much like children, nobody really knows/cares what they’re on about. Regardé:

Let us celebrate the best dogs of the slasher realm… 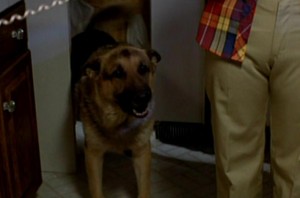 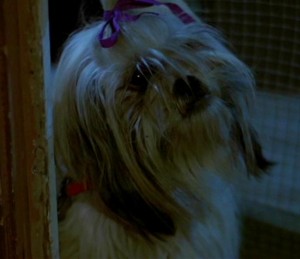 MUFFIN from Friday the 13th Part 2

Skillset: Wandering off to find backwoods-dwelling psychos, providing false sense of safety and does it all with a cute purple ribbon in her hair.

Fate: Unknown, last seen alive (along with Paul), hope she canters off to safety.

BEAST from The Hills Have Eyes Part II

Skillset: Can save people from evil mutants not once, but twice! Capable of flashing back to experiences that occurred six years earlier. Has adorable Littlest Hobo-style neckerchief. 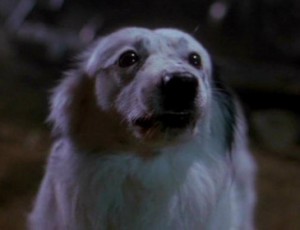 JASON from A Nightmare on Elm Street 4

Skillset: Jason crosses into the dreamscape with Kincaid and is able to piss a fire that resurrects Freddy Krueger. In a dream.

Skillset: Can make little orphaned Jamie Lloyd feel better when she has nightmares or nasty kids pick on her. 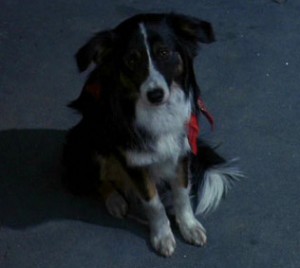 Skillset: This lucky puppy gets to cruise to New York City and demonstrates that dogs can climb up and down ladders to and from lifeboats. Barks at thugs and flees when told to do so.

Fate: After scooting and thus missing having to trudge through sewers, alleys and diners, Toby pleases us all by appearing unscathed at the end, neckerchief n’ all!

Fate: Max becomes yet another dead dawg to add to the pile on Michael Myers’ karmic epitaph. Although it’s clear that the dog pictured is a cuddly toy with some ketchup on it.

Skillset: Hootie the fraternity dog drinks beer, has a pierced nose and scampers around the place bringing joy to all.

Fate: Poor Hootie becomes the test subject in a recreation of the legend about the old lady who microwaves her wet dog. Ewwww. 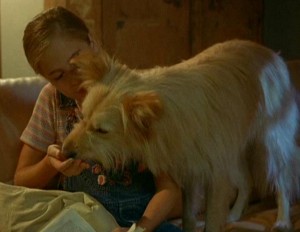 *I couldn’t be bothered to decipher the abysmal dubbing to try and capture their names.

Breeds: I dunno, to be honest. There’s this dog on the left and another Westie-type pup later on.

Skillsets: Dog #1 is nice to children and eats M&Ms; Dog #2 is a bit of a cute pest and interrupts sex.

Skillset: He can make poor Sidney feel better about her frankly crap existence and all the people who keep trying to kill her for various contrived reasonage.

Skillset: Mac is a lazy farmdog who loves the Taggart family and barks and howls when he senses that all ain’t right in yonder cornfield. Alas, this all comes too late and little Billy has already been snatched by the evil Creeper when those around him start to believe the dog.

Fate: Yay! Survival against the odds. Guess he doesn’t have anything the Creepers needs.

Owners: Nothin’ but the wind, baby

Skillset: Eating teenage animal rights protesters who happen to be suspended upside down – and bleeding.

Fates: They live paw-to-mouth. Hopefully Cesar Milan will come to their aid. 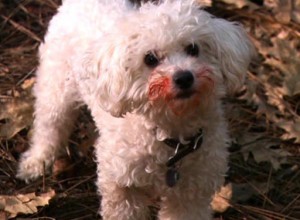 REGGIE B from Simon Says

Breed: Is that a Poodle?

Skillset: Little Reggie B is adept to finding and picking up severed hands as gifts for his owner.

Fate: stamped into oblivion by nasty Crispin Glover. Relaaax, it was clearly a toy dog. Owners then annihilated so probably for the best.

Quartet of Killer Dogs from Wilderness

Hug-a-bility: 3% unless you’ve got the whistle

Fates: one of them takes a fall over a cliff edge while another is decapitated. The surviving pair presumably find love on the island and start a family of happy little puppies in preparation for Wilderness 2: Return to Killer Dog Island of DEATH!!!

Conclusions drawn: Some dogs live, some dogs die, some dogs eat people on command. Beast is clearly the best dog to have around when psychopaths are after you. Listen to your dog when he begins growling and barking for no apparent/visible reason – something bad’s about to go down!

Other worthy mentions: Gordon, the dog who leapt out of a window to get the fuck outta there when Jason was on the prowl in Friday the 13th: The Final Chapter (did he jump or was he pushed? Well, the J-Man was in the basement 5 seconds later so I’m going for jump). Ebus, the dog from Poltergeist who pawed at thin air and ate unwanted waffles.

tagged with Friday the 13th, Halloween, one two Freddy's coming for you..., slasher, the 80s