I Know What You Did 100 Summers Ago. In Sweden. 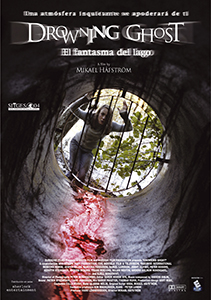 Laughter Lines: “Three pupils were murdered a hundred years ago. We must celebrate that.”

In recent years, Sweden has become known for its gritty, slick thrillers, on TV or The Girl with the Dragon Tattoo, most of which revel in the dim light, stoic expressions, and a sense of melancholy.

One would be forgiven for thinking this would transfer well to the horror movie industry, much like neighbouring Norway, with the no-less-than-excellent Cold Prey series. Sadly, Drowning Ghost retains only the good look of a typical Scando-production, and is otherwise terminally dull.

Set against the backdrop of life at the exclusive Hellestad boarding school, where, one year on from the suicide of a lonely female student, a killer begins stalking and doing away with a group of over-aged students. Or could it have something to do with the hundred-year-old legend of a local farmer who slaughtered a trio of boys before drowning himself in a nearby lake? The school is home to a traditional annual celebration of the event, when the ghost of the farmer is rumoured to walk the halls… 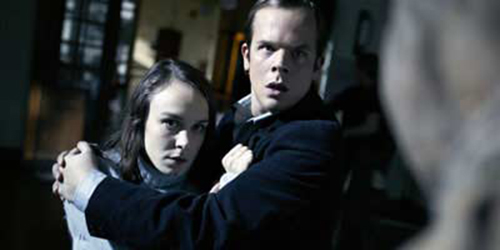 Studious Sara is researching the tale and uncovers factors that may connect the killings to one of the Hellestad board members’ ancestors, much to the vexation of the haughty headmistress. Sara subsequently becomes the target of practical jokes and pranks carried out by said board member’s son, with whom she was previously involved.

The identity of the sack-masked killer isn’t immediately obvious, but the film builds up little that will make you care anyway. For all the fancy camerawork, score, and overlapping plotlines, there’s really not much going on here at all.

The body count is low and many of the killing off-camera, and the only ghost that bothers to show up is one of dead expectations.

Arguably, drowning might be a more engaging experience than sitting through this exercise in tedium.

Blurb-of-interest: Rebecka Ferguson (the unquestionably stunning girlfriend of the nasty guy) went on to star in one of the Mission: Impossible sequels.

tagged with before they were famous, Euro-horror, slasher