Be vewwy, vewwy quiet… I’m being hunted by wabbits 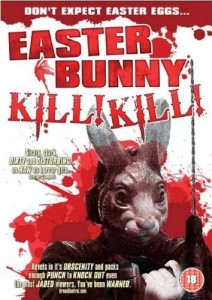 “This year there will be no resurrection.”

Dire-logue: “I’d let him piss on my face just to see where it came from.”

In today’s alarmist over-politically correct society, it’s difficult to know when you can and can’t use particular words. Such a case presented itself to me in Easter Bunny, Kill! Kill!, the protagonist of which is a mentally disabled teenager. Can we say retarded? Is that still allowed? I’m going to use it anyway, they said it plenty of times in the film.

That’s not all, EBK!K! is a no-budget horror experience that tosses a few dodgy themes right at ya: It’s not often you’re presented with a person charged with caring for said retarded kid phoning an obese paedophile and INVITING him over the “teach the boy a lesson”. But that’s what happens. Challenging stuff – this is horror of a different kind.

Rewinding back to the beginning, things kick off with a robber in the plastic bunny mask from the DVD cover holding up a convenience store and cruelly gunning down the clerk even after getting all the cash and promising not to harm him. The robber is Remington, a chubby, sleazy fella who’s somehow having it away with nice nurse Mindy, who cares for her retarded son Nicholas. 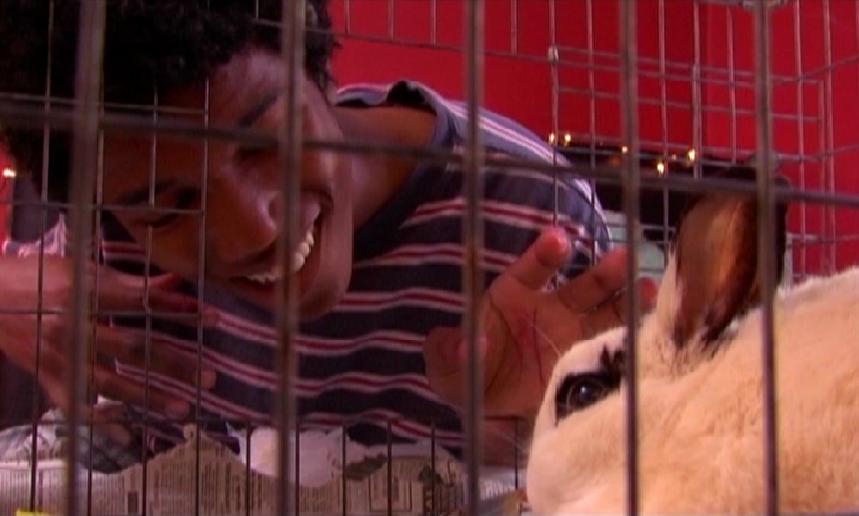 On “Easter Eve” (!?), a hobo gives Nicholas a pet rabbit, which the boy believes is the Easter Bunny. When Remington comes by to stay over, he threatens to kill the animal if Nicholas doesn’t tell Mindy that Rem can move in with them.

The next day, Mindy leaves for a hospital shift, foolishly placing him in Rem’s care. The moment she’s out of the door, Remington dials his kiddie-fiddling fat friend Ray Mann (it took me a while to get that too) and heads off to find a few hookers to amuse himself later in the evening.

Crutch-hobbling Ray begins down the corridor towards Nicholas’s room, calling to him, which is just fucking creepy. See the dire-logue for his grossest quip. Thankfully, as he squats to check under the bed for the absent kid, he gets a knife in the eye from the killer Easter Bunny instead and then a power drill through the back of the head. Ha.

Soon after, Mindy’s ex-maintenance guy (scared off by Remington earlier) drops by with a heavy to recover his tools from the house and pilfer anything else he fancies. Naturally, Bunny does them in too, buzz-saw dismemberment for one, repeated hammer blows to the skull for t’other. 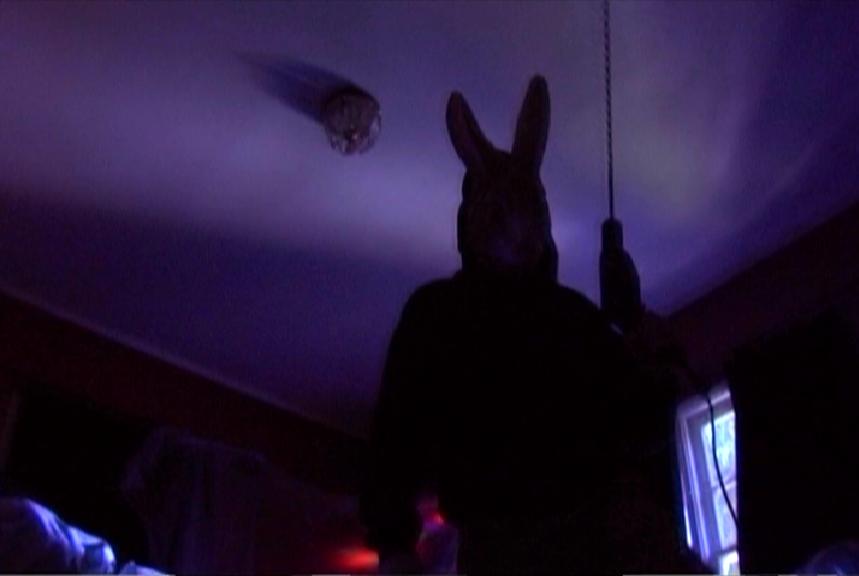 Then Remington comes back with hookers Brooke and Candy and, yeah, they bite it first before the sleaze merchant is the only one left and the killer strikes him down before the grand unmasking and motive-bit. Was Nicholas capable of planning it all? What about the hobo who gave him the rabbit?

Actually, the revelation was quite unexpected but leaves questions as to events from earlier in the film and its effect is almost completely destroyed by an insanely stupid twist staple-gunned to the end. What the hell were they thinking with THAT?

It’s a shame because, until this point, Easter Bunny has overcome its budgetary constraints thanks to impressive editing that makes the most out of quick cuts that don’t linger on the grue like so many dollar store slasher flicks. It’s gory but fleeting, showing restraint where most opt for excess.

Strange really that Easter has been left on the shelf in terms of slashable calendar dates, I mean, Jesus ‘returned from the dead’ so why is there no zombie movie based around that?? 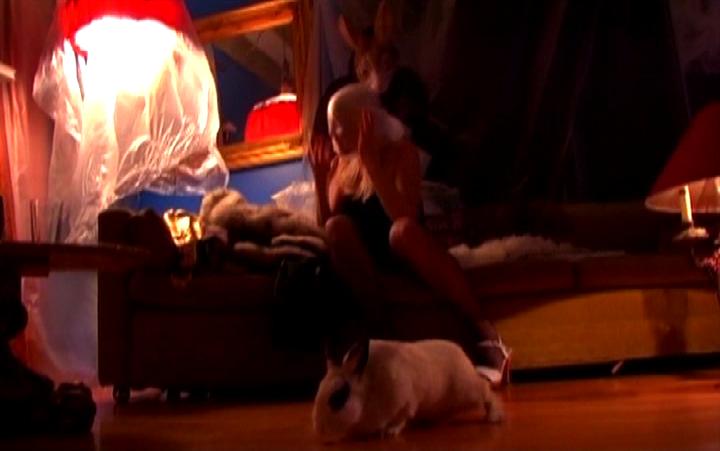 Blurbs-of-interest: Director Ferrin and Muskatell were both involved in Unspeakable.