Dire-logue: “Are you taking me to a remote location where you plan on murdering me for my birthday?”

Make no mistake, Mask Maker has zilch orginality to it. Almost nothing happens that hasn’t happened before in some forgotten B movie nobody cares to remember. But what the Mask Maker makers have done is stitch together these little motifs and scenarios, set-ups and shots, and create a well above average (in post-millennium terms), none-too-pretentious body count pic – just the kind of thing I needed after what has seemed like a long drought of good horror fare.

Many will say “Dude, this sucks! It’s got nothing going for it,” but in the absence of anything new TO DO with slasher movies, at least what is done here has some competence and logic to it. 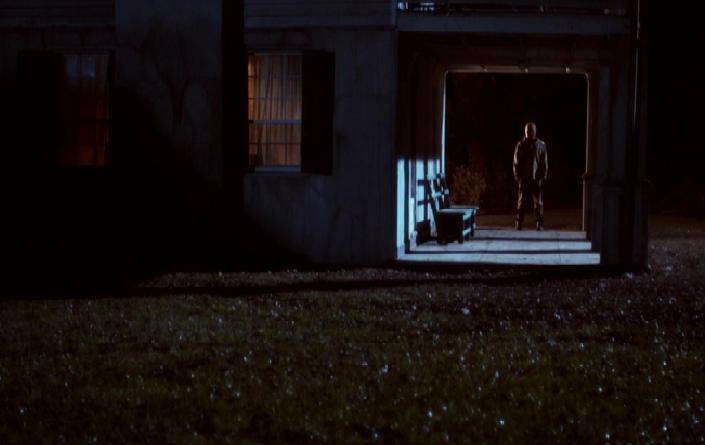 How’s this for the story? In what I thought was the 1800s – but was, in fact, 1961 – a madcap woman kidnaps someone’s baby to sacrifice it in order to restore life/immortality/whatnot to a bandaged up figure. She succeeds, but is hanged by the angry townsfolk and bandage dude – her son – is skewered with some sacred Native American stick-thing and buried.

An aerial shot of a college campus accompanied by alt rock tells us we’re now in the present and economically-minded birthday girl Jennifer is taken by her cutesy boy-toy Evan to claim her birthday present: the house where all the 1800s-1961-really shizzle went down. She’s displeased, acts like a bitch about it, and then learns it’s a real fixer upper, only cost $10,000 and has forty acres of land with it. She’s then happy. And apologises.

Friends come down for the weekend to help clean up and one of them totters into the cemetery on the grounds and yanks out the Native American sacred stick-thing, hexing the lot of ‘em. Bandage-dude, whom we learn is called Leonard from a series of flashbacks where Treat Williams (!) is screwing around with the boy’s mom, rises again and starts to kill the newcomers. 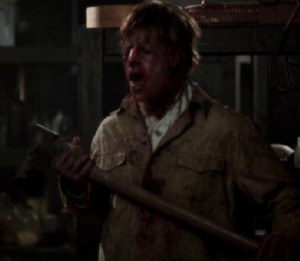 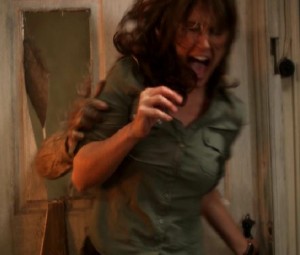 Mask Maker has a bit of a fractured structure and I wasn’t entirely sure if we’d been clued in on everything that was going on. Bernie himself, Terry Kiser, mumbles through an exposition about what happened in ’61 and tells Jennifer to get out of ‘The Old Tucker Place’ (“He’ll kill you all!” etc) but by then it’s too late for most of her friends, who have been slashed, axed and pitchforked dead by Leonard, who then rips off their facial epidermis (with surprising ease) and wears them to torment the next victim.

Considering how seen-it-all-before things get, director Furst manages to wring a lot of energy and even a fair whack of tension from familiar scenes. There’s a great chase, for once involving a fleeing guy rather than the usual squealing girl, and when Jen finally discovers the carnage, she puts on her final girl shoes and goes for broke, making all the right decisions until thwarted by the hulking maniac. 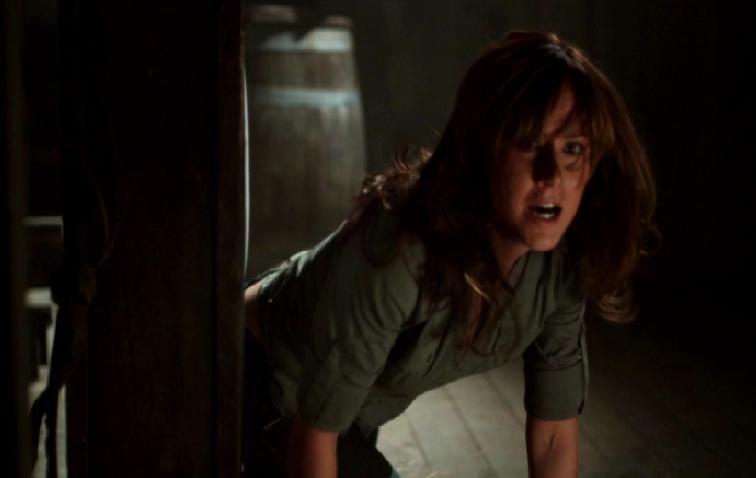 Eventually, things go by way of Friday the 13th Part 2 (and even Humongous) as she dons mother’s dress to fool Leonard into believing she’s returned from the grave; this is then followed up by a copy of the ‘machete-slide’ climax of Friday the 13th: The Final Chapter. The face-peeling schtick throws up reminders of the Texas Chainsaw remakes and low-bud DVD flick Scarred, though mercifully they hold back on extreme close-ups of a slow-rip from the skull here.

So, deformed, mute, son with overbearing love for psychotic, unhinged mother, eh? Chuck in Michael Berryman’s handyman (who works at Pluto’s World of Goods!!!) with a few sage words here and there, Jason London’s rather pointless cameo, Native American burial rituals, an old diary with all the answers, a full moon, T&A, and a requisite ‘twist’ that practically sounds a foghorn to let you know it’s coming, and there’s little else you need in a straight-up slasher movie. 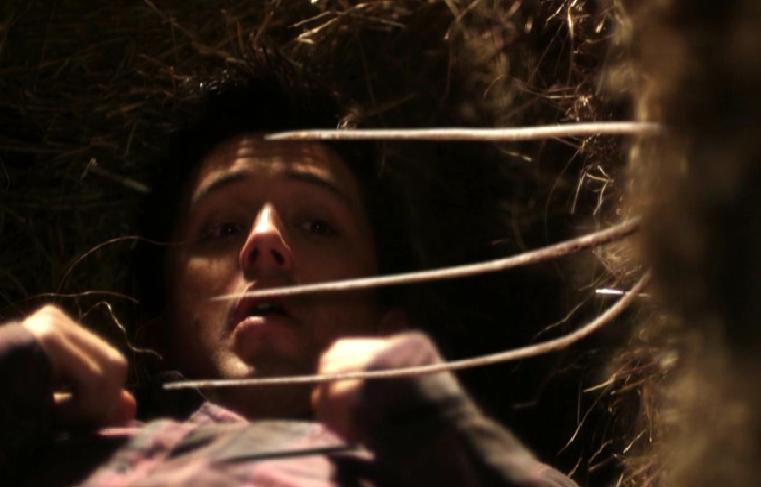 Insignificant though it may be –  and downright laughable to anyone who’s recently watched The Cabin in the Woods - I really enjoyed Mask Maker. It’s like a narrative montage of good bits from great teenie-kill pics and that is certainly not a bad thing by any standards, merely a comfortably predictable one.

It also made me want to sing ‘mask maker’ to the tune of the Kids from Fame’s ‘Starmaker’. Further proof of its evident superiority.

Blurbs-of-interest: Terry Kiser was Dr Crews in Friday the 13th Part VII; Jonathan Breck played The Creeper in both Jeepers Creepers films and was also in The Caretaker; Jason London was in Killer Movie and The Rage: Carrie 2; Michael Berryman was Pluto (you see??) in both of the original Hills Have Eyes movies and was also in Deadly Blessing and Penny Dreadful.

tagged with after they were famous, Friday the 13th, get your own ideas!, Nu-di-ty, rip-off central, slasher, spunky final girl, star power