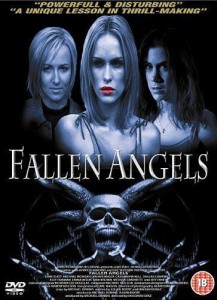 Nell Fisher was the nominal outcast at the Holy Angels Girls School in upstate New York. Ever since she accused her history teacher of making inappropriate advances towards her, her social life flatlined. Nobody believed her, not even after he returned to attack her, resulting in a fire that killed thirty girls and closed the school forever.

Five years later, Nell and three of her former tormentors are called back to participate in a documentary about the tragedy. Before long, it’s clear that a cloaked and hooded figure wearing night-vision goggles is hell bent on putting a stop to the production by knifing the crew members and the graduates.

This handsome looking film works up a good enough momentum in the first instance, with regular killing to punctuate the less interesting goings-on inside the school, including ghost hunting with a paranormal investigating nerd and some backbiting between the once-popular girls and their victim of harassment.

However, it soon gets its wheels stuck in the muddy rut of chases down long corridors after most of the male characters have been done away with, leaving half a dozen shrieking women to panic and make bad horror movie decisions. Eventually the killer is unmasked and everything collapses in cliché central, with the prerequisite open ending for a sequel nobody would be interested in. 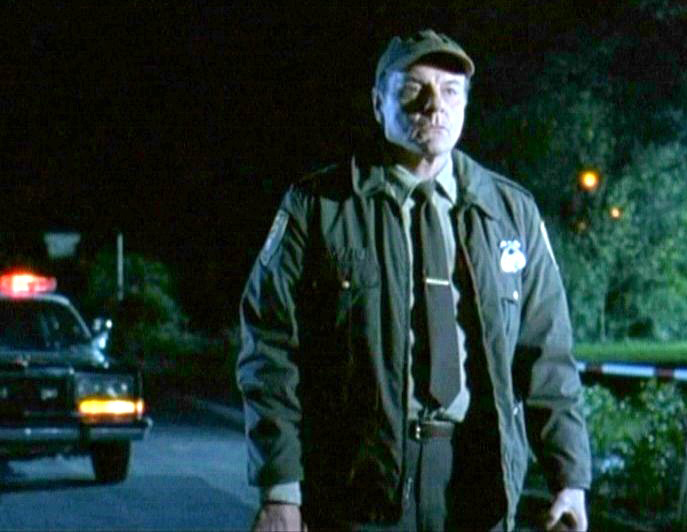 The cast is made up mostly of British actors but also a grizzled, underused bad-movie-fixture Michael Ironside, who appears as the local sheriff, while Jeff Fahey plays the sleazy professor in recurrent flashbacks scenes, but Melissa Simonetti makes the best impression as the catty, says-what-she-wants producer/agent, livening up tedious sequences of breathless dialogue between the bland startlets.

Definitely a notch above most straight-to-DVD fare, Fallen Angels is worthy a once over, if for nothing else than just to pick up on the references to other horror films, with familiar character names, nods to Ghostbusters and even a throwaway line stolen right out of Alien!

With a little more logic and bloodletting, this could’ve been a great little sleeper.

tagged with after they were famous, Canuck, death on campus, obvious identity of killer, Rule Brittania!, slasher, star power