Murder! Mystery! and the Italian bra-shortage of 1981 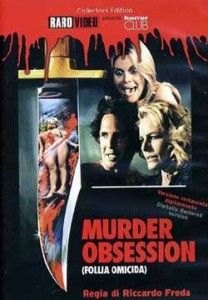 Laughter Lines: “After you were sent away [SPOILER] developed an interest in black magic. It was by this means, coupled with my psychic power, that [SPOILER] was able to induce you to [SPOILER SPOILER].”

Going under the usual phone-directory of alternate titles around the globe, Fear is an unusual and amusing slice of Italian cheese, in which actor Michael (Patrizi) visits his mother at her secluded country home with some industry friends in tow for a weekend “away from the smog” et cetera.

Much Psycho-ness abounds as the neo-incestual relationship between mother and son is apparent and Michael quite candidly tells his friends that he killed his father years before. He also begins ignoring Agnetha-esque girlfriend Debora, who has the longest dream sequence EVER, involving a spider with fingers. 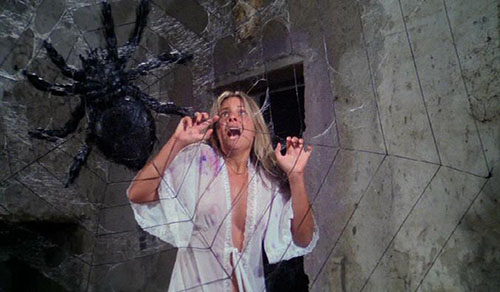 About the only time her boobs stayed put

Then soon after, the usual black-gloved loon starts doing away with the outsiders; gutting one, chainsawing another, axing a third.

Who is it? And why are the doing it? And who is it? Fear sort of collapses like a souffle as it pounds towards the bizarre ending, all black magic, cursed symbols, psychic abilities n’ such, but there’s a solid slasher movie opus lurking below the surface, and a killer with a rather standard motive.

Full of trademark zooms to suspicious expressions, a score that sounds like the composer had a seizure at the piano, bats on strings, boobs falling out of clothes at the slightest movement, and more than a few unintentional laughs from the dubbing and some of the cheapo effects on display, not least the axe in the head for one fellow. Did you know that when chopped in the noggin, the eyes actually disappear inside the skull!?

I mock, but I actually enjoyed Fear. It’s stacked with all manner of 70s/80s European fodder and Freda actually mixes the (then) new slasher craze with his gothic leanings quite well: Debora runs through the woods in a vicious downpour as lightning encroaches, and the house has a stone castle-like ambience, power that won’t stay on for long, and shitloads of candles everywhere.

Far and away the most intriguing thing about the film though, is Oliver. Oliver is mother’s butler/handyman/whatever. He takes in luggage, prepares supper, strikes a Five Star pose when about to be photographed and is the subject of nearly all of the zoom-red-herring moments. He appears at windows, stops for smell-the-fart moments when scrubbing the floor, walks in trances through the woods… What is he hiding? I’m not telling, but for now, behold the many stares of Oliver… 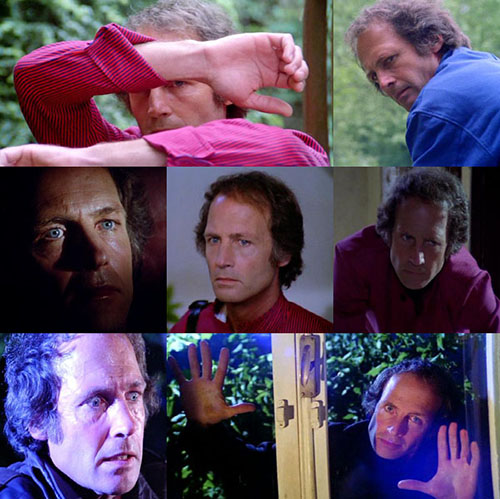 Despite all this super-fun, Fear seems largely unknown. A few websites I would bet on finding information about it came up blank and it’s almost as if it lay forgotten at the bottom of some VHS well throughout the 90s and 00s until it was dug up and bunged on DVD.

While not a must for fans, this is a whole lot better than a lot of Euro horror from the early 80s, with a little less sleaze to proceedings (despite the full frontal nudity and recurring “wardrobe malfunction” gag) and directed with substantial competence and flair by a bloke who was already in his 70s.

Blurbs-of-interest: Both Richardson and Brochard were in 1975’s Eyeball; Richardson was also in Torso.

tagged with Euro-horror, Nu-di-ty, rub-a-dub-dub, slasher, slasher films that aren't supposed to be funny but are funny, spooky, the 80s