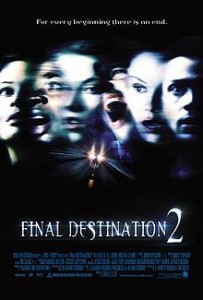 “For every beginning there is an end.”

Dire-logue: “If Clear was right then Nora and Tim are going to be attacked by pigeons!”

Cementing the decade’s most popular horror franchise (unless you prefer Saw?), Final Destination 2 is probably the most accessible entry in the series, pulling together the elements that have made the series so successful. It’s not as good as the first one but it’s definitive in being the best example of what the FD brand is all about, including the tie-in novels, which borrow much of the lore from what happens in this film.

On the flipside, the beginnings of what drowned the more recent sequels in the cliche tide were pulled in with the same net: tits, short cuts to defining characters and dumb jokes – none of which were present first time around.

Set on the first anniversary of the explosion of Flight 180, the subsequent events that befell Alex, Clear and friends have become a Chinese Whisper, so when Spring Break teenager Kimberly (Cook) foresees her own death and those of many others in a highway pile-up, history looks to be repeating itself. As Devon Sawa did last time, our psychic takes steps to prevent being caught up in the carnage, meaning that the pesky force that is Death has got it in for her and the on-ramp patrons who were denied access to the road.

Final Destination 2 essentially takes the bus-splatter shock from before and repeats it ad nauseum with a whole new array of every day items conspiring to take down the mixed group of death-evaders: this means there is death by ladder, elevator, air-bag and barbecue among others, all of which are more gruesomely played out than before – Death has upped the ante. 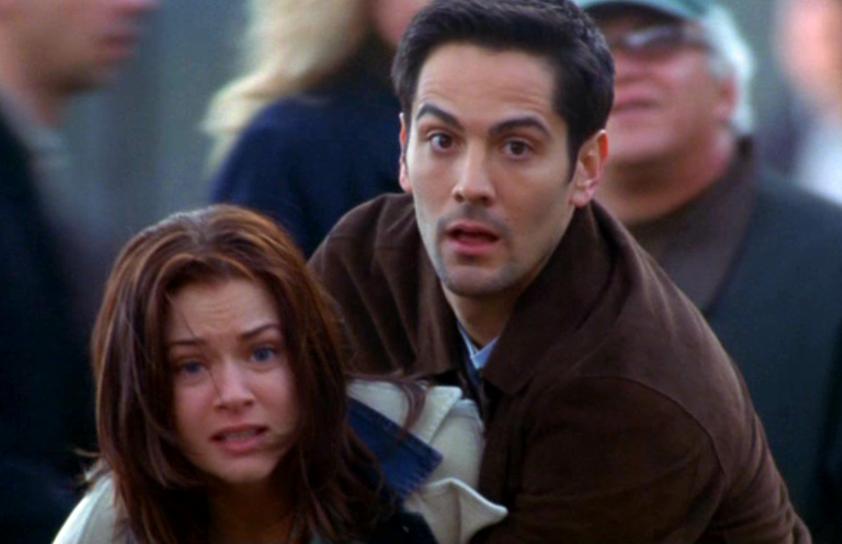 You can sort of sense a struggle with its own IQ here. The theories of mortality are absent in favour of a jacked-up body count and more bloodletting, which clashes with some of the smarter aspects of the plot, mainly the good ‘outward-ripple’ theory discovered halfway through. Unfortunately, its effect is dampened by clunky acting and then it’s all but forgotten about in Final Destination 3, which could’ve further explored the consequences of the premonitions. And there’s still no questioning just what force provides these foresights in the first place? Life working against Death? Why don’t they visit a psychic rather than Tony Todd?

Ali Larter’s return as an embittered hard-ass is great and A.J. Cook makes a functional heroine while the very easy-on-the-eye Landes floats around in the background like a spare part. Everyone else fulfills their obligatory pin-cushion bond, becoming targets for every possible piece of flying shrapnel that are hellbent on hacking, slashing, severing and dissecting them. 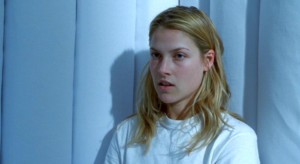 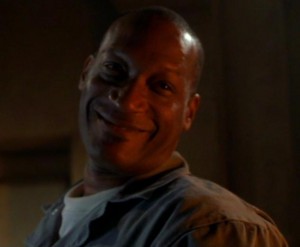 Effects wise, the car crash is nothing short of sensationally realised though some of the CG that ensues further through the film becomes a bit ropey (especially fire) – though the grue is full on, especially in the first two demises, which make perfect use of our innocuous looking surroundings. You’ll never look at your kitchen appliances or dental surgery decor in the same way again.

The next two Destinations ramped up the sadism in favour of coherent plotting and characters we care about, whether or not the fifth film will revert to the slightly more thought-out fundamentals of the first two films remains to be seen but, to date, FD2 represents the commercial peak of the franchise. 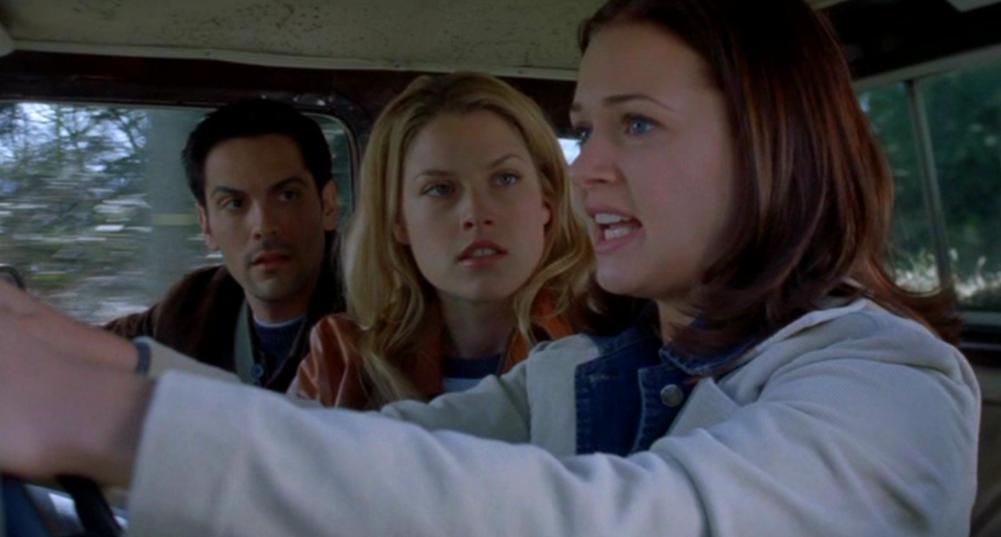 Blurbs-of-interest: A.J. Cook was the final girl, Molly, in Ripper: Letter from Hell; David Paetkau appeared in I’ll Always Know What You Did Last Summer; Tony Todd cameos all over the show and can be found in both Hatchet films, iMurders, Scarecrow Slayer, Jack the Reaper, Hell Fest, and will return for the fifth FD movie; David R. Ellis directed The Final Destination which was written by Bress and Reddick (the latter created the original story). Shaun Sipos, one of Kim’s friends in the car, later turned up in Texas Chainsaw 3D.