Murder She Wrote is a flickbook of interesting actors, from big names, to has-beens, but also all manner of folks who had – or would do – a slasher pic or two.

In an episode titled Sticks & Stones, our favourite movie mom Mrs Voorhees turned up. The late, great Betsy Palmer played one of three members of a development committee who wanted to build luxury condos on some land. Of course, the person who owned said land was – gasp! – murdered, and only Jessica has the patience to work out who. Seriously, when does this woman write? 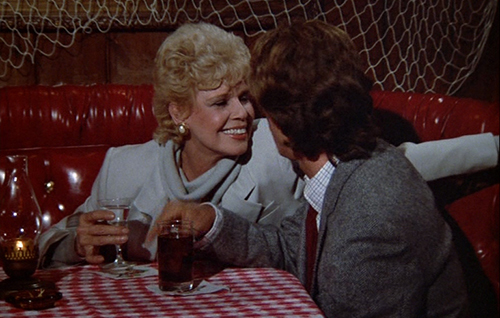 Sadly, Betsy wasn’t the killer this time, but she did return to the series a few years later in another role, so fingers crossed for a thick blue sweater and some kiddie voices telling her to kill people.