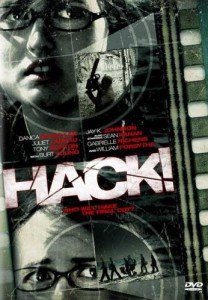 “Who will make the final cut?”

Dire-logue: “How’s that for improv, you two-bit amateur fucker?”

If you’re old enough to remember The Wonder Years on TV, where Fred Savage was a pre-teen growing up in the 60s while his grown-up self Daniel Stern narrated a load of crap about getting closer to his dad n’ stuff, you’ll remember his best friend-slash-object of lust Winnie Cooper. If you have no idea what I’m on about then just know that the grown up Winnie – Danica McKellar – takes the lead in this here quirkfest. It’s another genre-referential slasher flick – it’s Hack!

Kane Hodder dies. Then we meet an assorted group of college students, led by McKellar’s dorky Emily, who has organised a stay-away trip to an island where they’ll complete a study on rock pools and stuff for the extra credit they each need. As later noted by Johnson’s token nice guy, there are enough stereotypes for a scary movie: the jock (who takes his football everywhere), the sexy exchange student (“fish n’ chips, guv’nor?), the flamboyant gay guy (who dances to Fame when nervous), the dope-smoking black guy and the sarcastic rock chick. 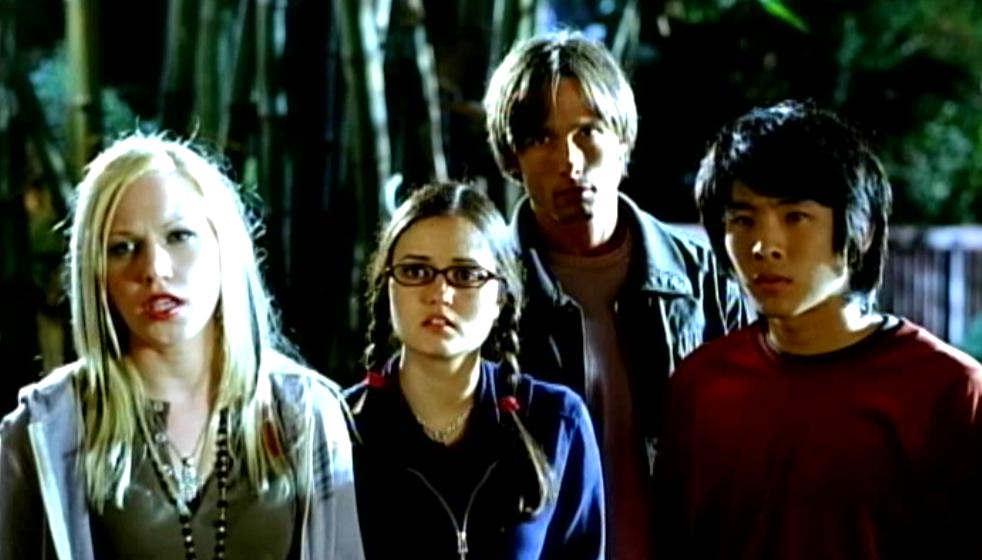 The group stay with perky couple Vincent and Mary-Shelley (Kanan and Landau), who are passionate about filmmaking. All this idyll is soon brought to a halt as the students start splintering off and then getting moiderized by a killer who dresses up in a variety of filmy costumes to commit their dastardly deeds.

I’ll be ruining nothing by revealing that the killers turn out to be Vincent and Mary-Shelley, making a horror flick of their own by copying scenes and motifs from various old classics. And The Ring. Teens are chainsawed, croquet-malleted, shoved down wells and fed to piranhas amongst other things, all with an excess of reflective dialogue – the Karate scene is especially amusing as is the final confrontation between survivors and killers. 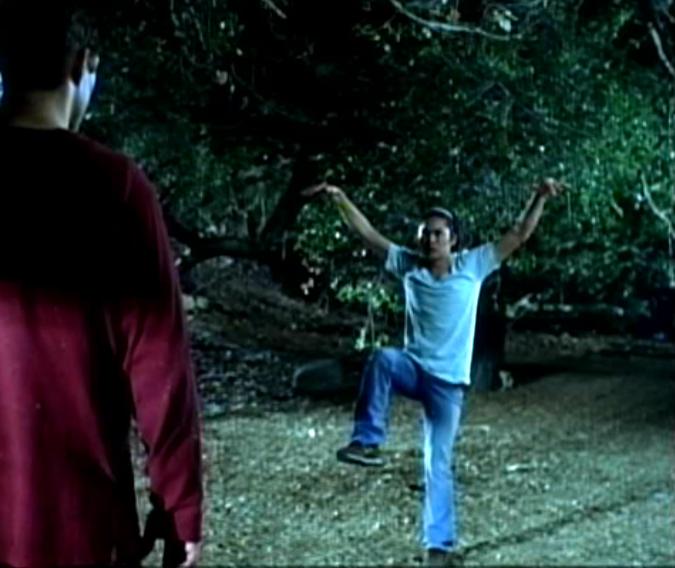 Hack! does add a twist of its own towards the end, which had the effect of pulling the rug from under its own feet to some extent. This sort of revelation isn’t unduly rare for a slasher film but it’s never been one I’m particularly fond of unless it’s so deep-rooted you have no idea what’s about to hit you. I’d have preferred them not to meddle in the way they have and it damaged my appreciation for how entertaining the film had been up to this point. 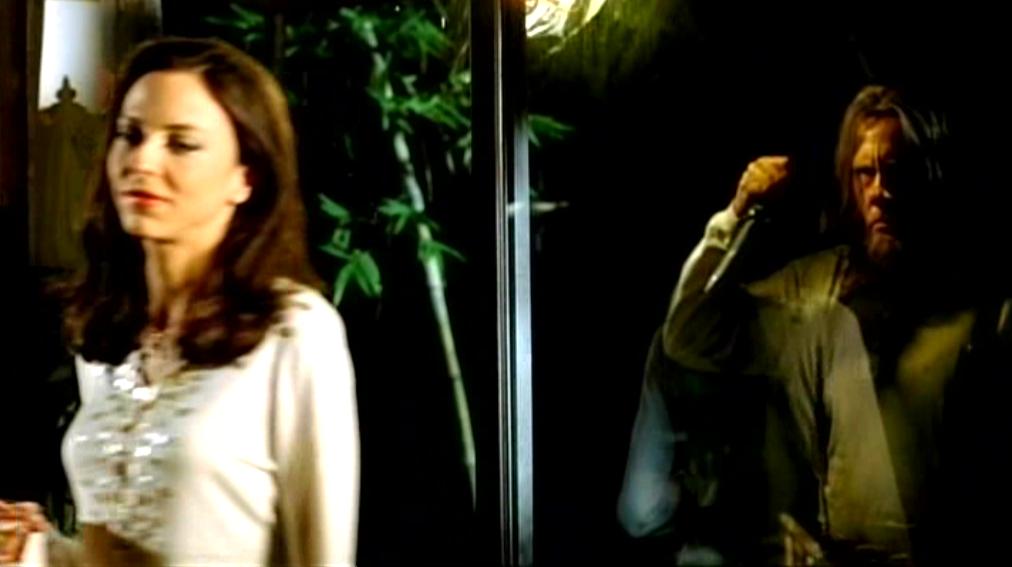 There are a few elements that don’t tie up well in places, things I can’t go into without giving it all away, although quite why William Forsythe is dressed like a 19th century farm worker is a mystery. But the cast bears an appealing quality and the high reading on the randometer isn’t a bad thing in a production like this. 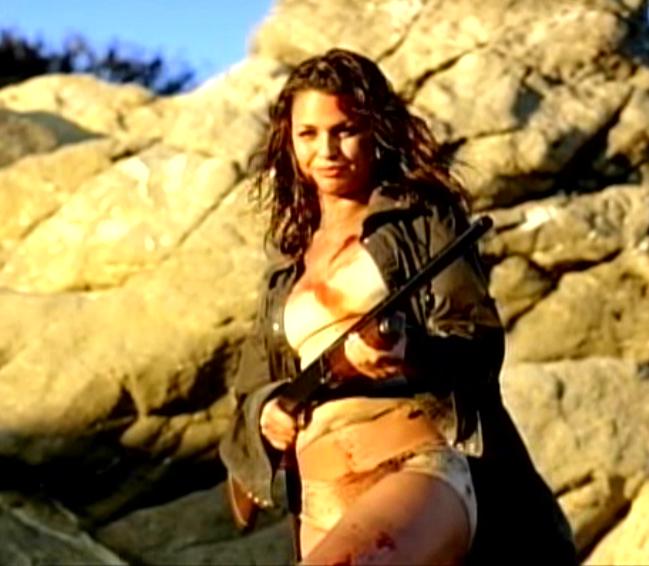 With this in mind, it shouldn’t be forgotten that Hack! is a cheap n’ cheerful ride, something that seems to escape the type of people who write “worst movie EVER!!!1!1!!!” on the IMDb boards and in turn praise the glut of torture-porn knock-offs because “they iz soooo realistikz!” This is a well made film – save for the tinny sound at some points – which has evidently been written as a love letter to the genre rather than an exercise in ‘let’s see how much violence we can get away with’.

So for me it was funny and engaging but definitely not for all tastes unless you like your slash with a topping of grilled cheese and a endless array of throwaway one-liners, otherwise you’ll agree with the last line: “What the hell’s going on here?” “Just some piece of shit horror movie.” Maybe. 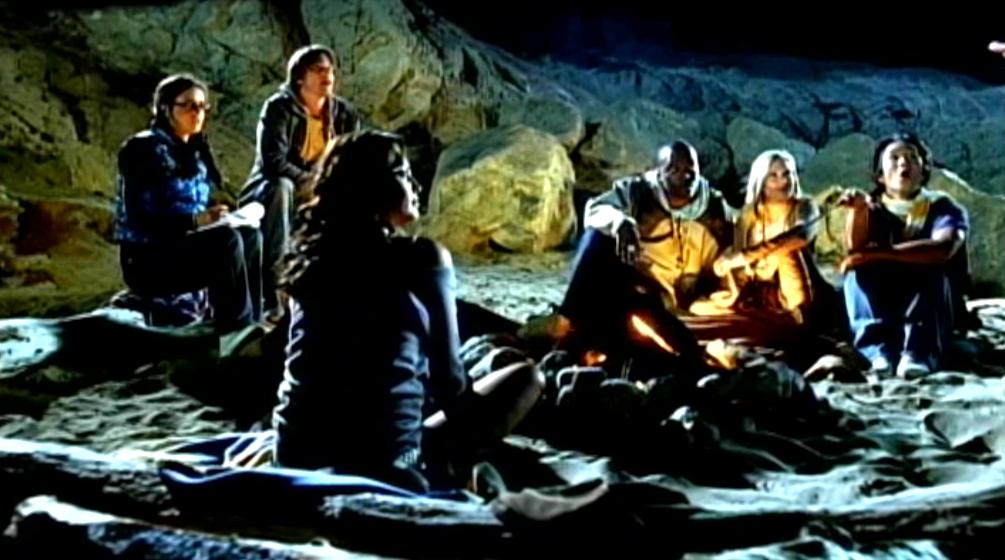 Blurbs-of-interest: William Forsythe was in the Halloween remake and iMurders; Sean Kanan was in Hide and Go Shriek; Juliet Landau was also in the Toolbox Murders remake; Lochlyn Munro was in Freddy vs. Jason, Scary Movie, The Tooth Fairy and  Initiation; Kane Hodder is in everything.