Somehow, since last time it’s taken ages to accrue more terrible hairstyles, but here they are: 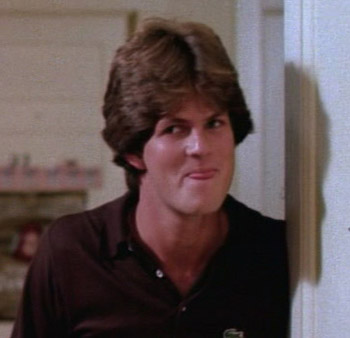 I worry about how much hairspray went into creating this bonfire mound of hair, worsened by the centre parting and general volume. It lends well to the character’s general smarminess and eventual knife through the torso. 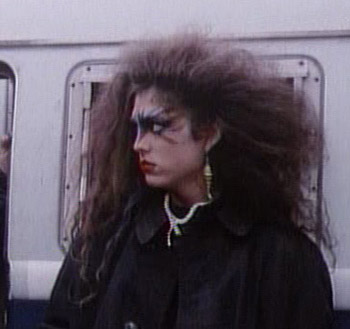 Looks like actress Bunky Jones – also modelling a huge do in Hide and Go Shriek that same year – stuck her head out the window on the freeway and was hit in the face by a blueberry pie. 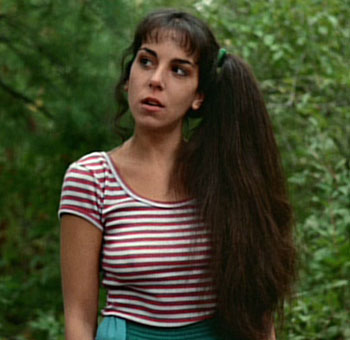 “The Cricked-Neck Counterbalancer,” sported by Judy in Sleepaway Camp (1983)

The entire 80s Sleepaway Camp franchise is full of fashion faux pas’ and bad hair, and it’s possibly Judy started it all by pulling her entire mane of thick, dry hair into a side-ponytail, which must have had consequences for her skeletal musculo something something. 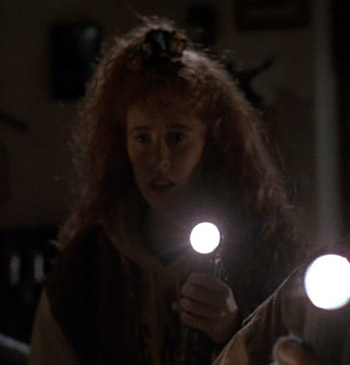 Shaggy perm, scrunchie on top, was this look still around in ’91? I guess so. Perhaps Chucky was too weirded out by it, because this chick exits the film intact. 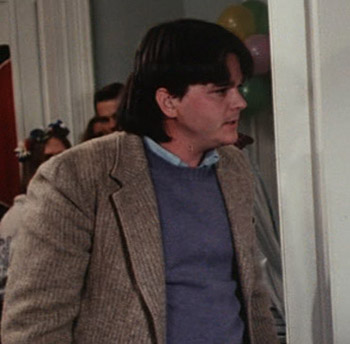 A classic 80s mullet and 90s curtains together at last, somehow before either became fashionable, on Hal Holbrook’s son as the is-he-or-isn’t-he killer, who understandably would’ve donned that bear costume after glancing in the mirror at this atrocity. 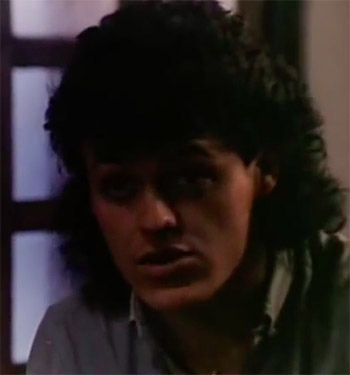 This guy is the hero, aided probably by extra protection afforded to the skull by the thickness of his curly mullet. I need to go to Mexico and see if they still have this do. 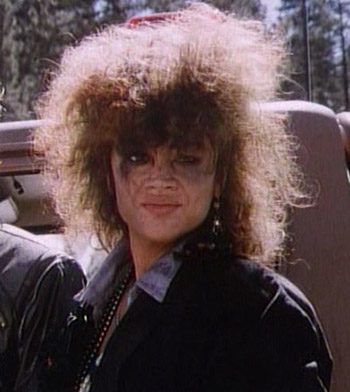 Grotesque – surely named for the hair-don’ts that litter it – strikes again, with another of the punkz, who looks like she lapsed into a two-week coma under a hairdryer. 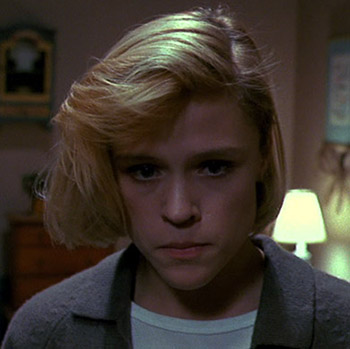 Probably the least offensive ‘do on the list, but this is a nice compensation for Judy’s heavy list to one side, with Kyle pushing it all to the other, but with less length to slowly pull her neck over.

“Insane Asylum Special,” for deranged son of nurse in The Bloodstained Shadow (1978)

It may be hard to see clearly, but this poor chap has a standard buzz-cut on top and then a sort of mullet at the sides. The character was kept in a room on a remote island off Italy, so maybe that’s how they rolled there in the late 70s. 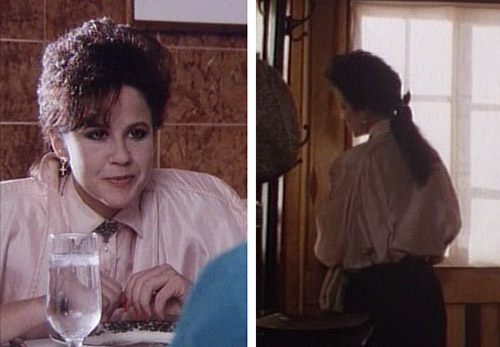 “The Career Flatliner,” from Dame Linda Blair in Grotesque (1987)

Maybe she was possessed by a demon again, as that’s surely the only explanation for this hairspray-OD’d combo of several terrible mid-80s styles, which I fear still exist at roadhouses in the square States.