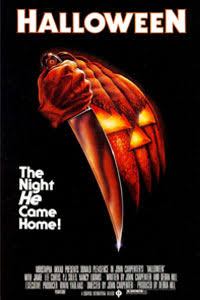 “The night HE came home!”

Laughter Lines: “You know it’s Halloween. I guess everyone deserves one good scare.”

I’ve been avoiding reviewing Halloween for a few years for two reasons: Firstly that it’s just so huge – what else can I add to a film that’s probably been put under the microscope more times than co-boogeyman Donald Trump has hit on underage girls?

Also, it means I have to troll back through eight years of posts and link it. And it gets mentioned a lot. And I’m old. And tired.

Stand by for lots of pictures.

Watching it today, it struck me that I obviously hadn’t seen it with decent picture and sound before, as I heard a whole lot more than usual. Never knew Don’t Fear the Reaper was playing in the car during Laurie and Annie’s drive to their babysitting gigs before.

The simplicity of the story belies its genius: Madman incarcerated for homicide as a child breaks out of his institution fifteen years later and returns to his small down to slay anew.

Everyone always forgets about this poor chap.

As a much-analysed film, Halloween‘s numerous bloopers are brought up a lot, so viewing it with such familiarity sometimes turns into a game of spot-the-mistake, which isn’t a good way to enjoy any film, unless it’s really bad or pretentious. 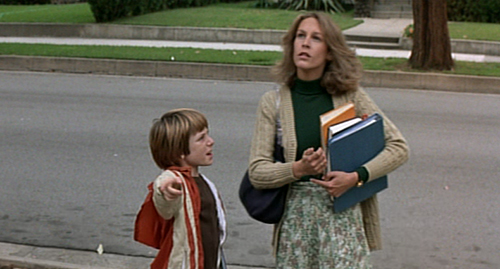 What I noticed in this viewing was a significant difference in acting ability between Pleasence and Curtis and the rest of the cast. Of course, it goes in layers, but the primary offenders are bit-parters: Laurie’s dad and his robotic delivery of “don’t forget to drop the keys off…”, the kids tormenting Tommy at school, Judith Myers’ boyfriend.

It would’ve been awesome for this trio to have re-appeared in one of the sequels and gotten cut up.

But even within the main cast, Curtis outshines everyone around her with her natural talent: She is the shy girl down the street, sensible and dependable, you would have her babysit for you anytime.

On the flipside of Laurie’s bookish good girl, there’s the lurking presence of evil that’s Michael Myers. Far from most of his ensuing imitators and even his own incarnations in the gazillion sequels, Michael stalks Laurie far beyond most slasher movie killers, who turn up a few minutes before the kill for a bit of peering from behind trees n’ stuff. The first time I watched Halloween, probably close to twenty-five years ago, Michael appearing outside school, behind the hedge, amongst the laundry, was far scarier than a masked maniac manifesting out of the blue with an axe. In that scenario, the threat is sudden and obvious. Somebody watching from out of reach, turning up wherever you go, is fucking creepy. 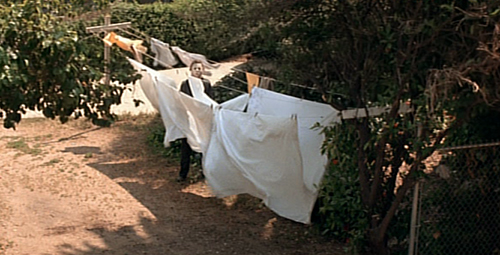 …in your neighbour’s laundry!

Not so far removed from the recent trend of people in clown masks just trying to freak folks out during October. Maybe that’s what Laurie thought it was? Course, there were no slasher films around to teach her otherwise!

Unlike the genre it ushered in, Halloween takes its sweet time before killing anybody new once Michael reaches his home turf, but is never boring. Carpenter sustains the tension of his presence throughout the scenes, bolstered by our genuine fear for Laurie, as the girl it’s impossible to dislike. I defy anybody to come up with a genuine reason to hate her.

One of the many academic studies I’ve read on the film goes on about how her friends Annie and Lynda are devalued in opposition to Laurie. True, it’s big-picture difficult to imagine the three of them being friends, and Rob Zombie’s horrendous remake of these moments only showed how far we’ve moved on from nice people up for the slaughter towards wanting the cast to bite it.

There are still plenty of sweet moments between the girls, reminding us that horror (and in particular slasher) movies give actresses much more to do than play the supporting wife, mother, femme fatale. Laurie’s need for her friends is nicely realised, even if they mock her. Listen when Annie tells her she’s losing it, to which Laurie replies “I already lost it,” and Annie quips: “Doubt that.”

What also defines Halloween in its status as the most important teen horror film that ever was is that while a new audience would laugh and point at all the cliches on show, they simply didn’t exist in 1978. Hell, I didn’t exist until June of that year.

A girl I went to college with once wrote it off as crap because: “I knew he would sit up behind her!” Of course you knew, because Halloween was so good at everything it did that ten thousand filmmakers copied it. 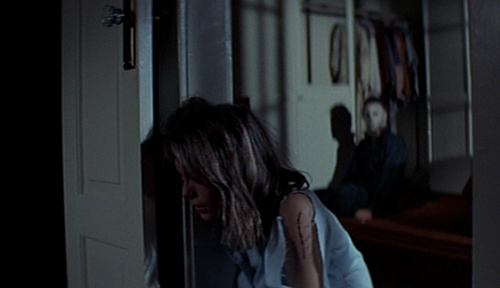 In the wake of scores of bodies we’ve seen drop from trees and fall out of closets, the funhouse moment of Laurie discovering her dead friends does seem contrived and a little comical (Lynda’s face-of-death), but it’s just one of countless genre boxes Halloween ticked long before everyone else did it. 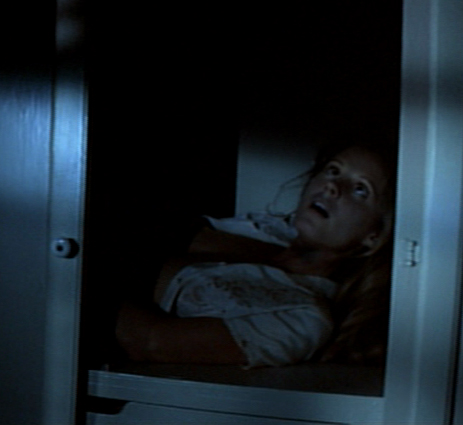 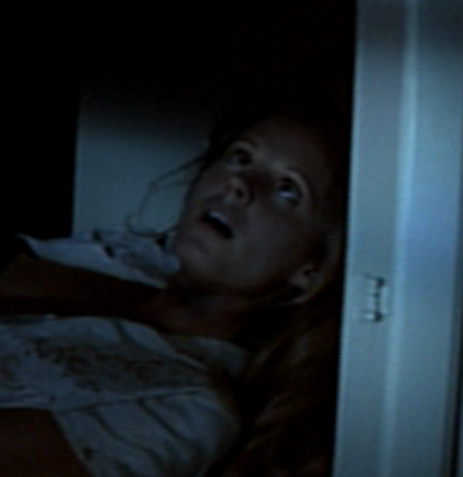 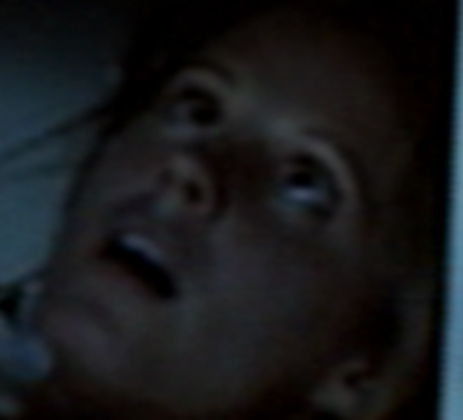 What else can be said? While I’ve always been more of a Friday the 13th guy (the early ones, that is) and placed Halloween third in my countdown of The 100 Greatest Slasher Films, only a fool would try and deny in terms of importance and influence that it’s the best slasher movie, and probably teen-horror film of all time.

Blurbs-of-interest: Pleasence returned in parts 2, 4, 5, and 6, plus Alone in the Dark and Phenomena; Curtis came back for II, H20 and Resurrection, and was also the final girl in Terror Train and Prom Night and was the only good thing in Ryan Murphy’s dreadful Scream Queens; P.J. Soles took on heroine duties for Innocent Prey and was also in 90s comic slasher Uncle Sam and then the crazy doom monger lady in The Tooth Fairy; Charles Cyphers returned for the sequel and again for Halloween Kills in 2021; Kyle Richards returned for Halloween Kills.

Here are some more awesome stills: 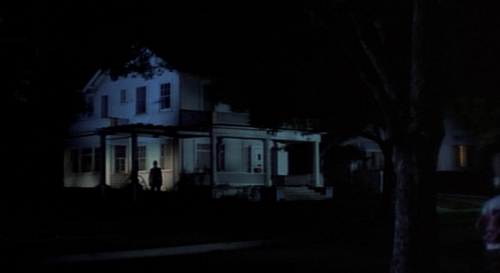 This shot is ever so creepy. Do you reckon the Wallaces ever moved back in? 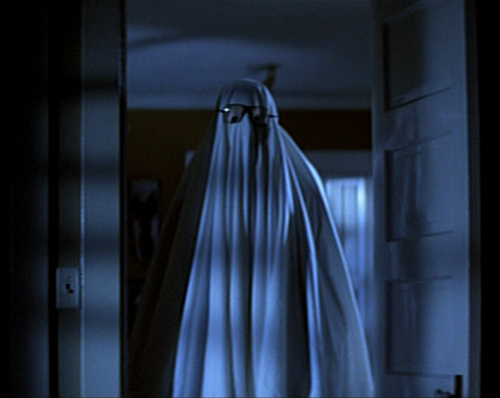 Michael certainly had a sense of humour. 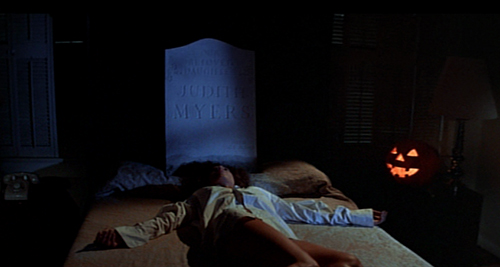 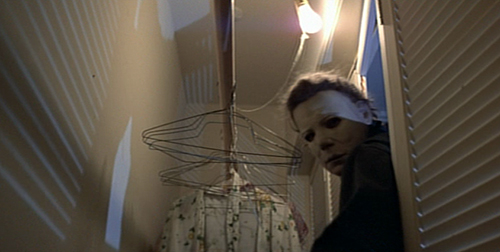 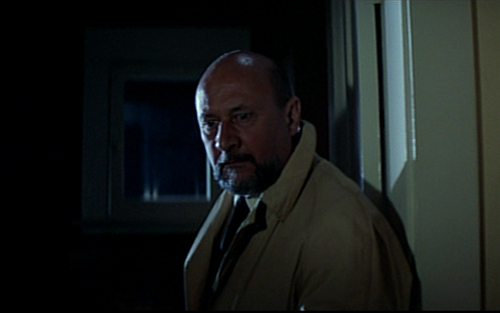 “That was the boogeyman,” a tearful Laurie says.