September Face-off: HALLOWEEN 6 vs… Itself!?

Then there’s The Producer’s Cut, a vividly different take on the story, which was meddled with until the version that was released came about. Some folks say it’s better, some folks say it ain’t, some folks don’t know what the hell you’re on about… Let us compare thy Halloween sixes and see… 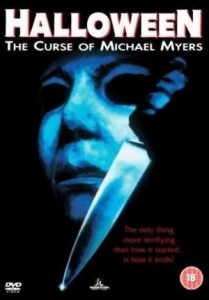 HALLOWEEN: THE CURSE OF MICHAEL MYERS

“Haddonfield is ready to celebrate Halloween… So is Michael Myers!”

At the end of 1989’s Halloween 5, little Jamie Lloyd – Laurie Strode’s daughter – was taken to Haddonfield Police HQ after escaping from Michael Myers for the 37th time. Michael was residing in a cell until a mystery ‘man in black’ came along and shot up the place, killing a load of cops and releasing Michael. The film ended with Jamie – upon discovering said cop corpses – quivering in fear at the prospect of her never ending sprint in the opposite direction of her psychotic uncle.

Now, Halloween 5 was a sucky one, second only of the originals in its ornate suckiness to the non-slasher Halloween III. Let’s just not comment on the Rob Zombie ‘re-imaginings’ here. The introduction of the Man in Black would’ve been weird and very annoying for long term fans as they had to wait six years for the next sequel. In this time, the franchise had been sold to Miramax and they decided to chuck out a quickie follow-up.

Jamie Lloyd (now played by J.C. Brandy after Danielle Harris walked away, reportedly insulted by the fee Dimension were willing to pay her), gives birth amidst scary druidy folks in the dismal surroundings of a sanitorium. A nurse helps her escape with the baby and Michael gives chase, killing her but not before Jamie took the opportunity to hide her newborn. 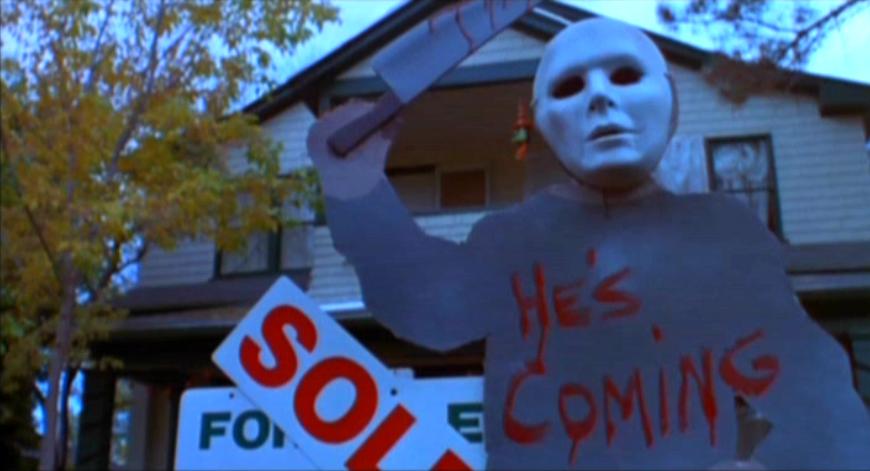 In Haddonfield, relatives of the Strode clan are living in the old Myers house, where six-year-old Danny keeps having nightmares about the Man in Black. His struggling single mom Kara is trying to juggle school and her tosser-of-a-dad. To add to her problems, she thinks the guy across the street is perving on her. Not so, said guy is in fact a grown up Tommy Doyle (the kid Jamie Lee was babysitting in t’original) and he’s convinced Michael is heading back to town… Tommy finds Jamie’s baby at the bus station and happens to run into Doc Loomis at a hospital. The good ol’ Doc has been yanked out of retirement by his old cronie Dr Wynn (Ryan). Tommy spouts loads of bollocks about this Thorn Symbol thingy to Kara but even after multiple viewings I couldn’t tell you what it’s about. 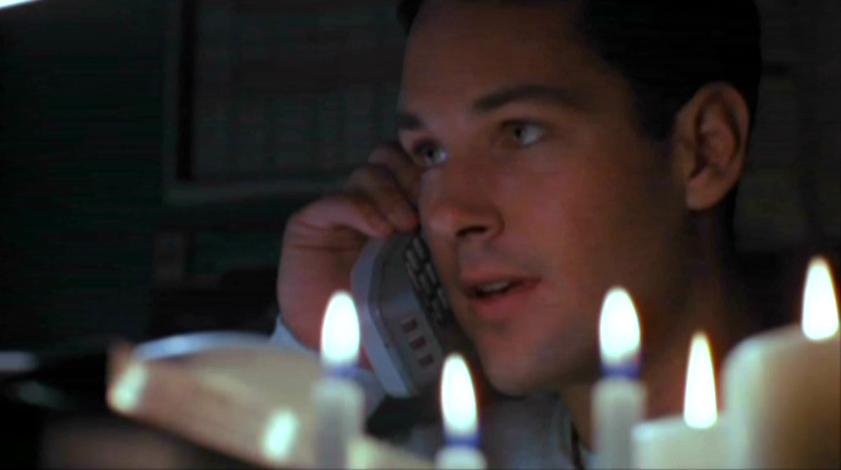 Michael returns and begins stalking and killing off the secondary characters while Loomis teams up with Tommy after Kara and her son are kidnapped by the Man in Black’s Druidy followers and events shift to the asylum where we’re privy to an awesome strobelight operating theatre massacre (which is great with the lights out) before the showdown between Loomis and Michael. 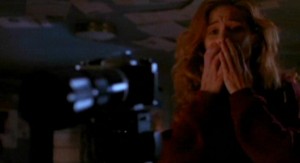 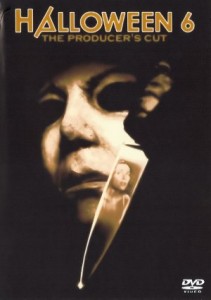 Dire-logue: “I tried to tell you in the hospital, I think Michael is under the influence of an evil rune…” – Tommy blames a pebble for two decades of death.

So what of The Producer’s Cut? Well, the first 80 minutes (up to the point where Kara leaps from the second floor window of Tommy’s house) is largely the same, give or take a few scene extensions – we learn Loomis had facial skin graphs – and the fact that Jamie does not die in the barn, but remains in a coma for about half the film until the Man in Black busts a cap in her ass head.

So instead of Tommy and Kara running around the corridors of the asylum with Michael tailing them, we get some sub-Rosemary’s Baby Satantic rituals with people in hooded cloaks and Kara tied to a plinth awaiting sacrifice at the hands of little Danny until she blurts to Michael that he is the father of Jamie’s bub. More running ensues but here with Tommy dressed in one of the stupid cloaks that makes him look like a member of some 80’s sequin-glam-sparkle electro band, but he does some stuff with rune stones and makes Mikey impotent for the moment (“it worked, the power of the runes stopped him.”) It ends with Michael dancing off into the night dressed as the MIB. So more Thorn, less murder. The body count was dramatically enhanced by the reshoots, apparently at Chappelle’s insistence as he thought Donald Pleasence was ‘boring’. Bet he feels a bit shitty about it now, being that DP died shortly after filming wrapped. Subsequently, the cast were angry with the re-edit but, to give Chappelle his due, the theatrical cut is better. Halloween is a slasher series and The Producer’s Cut turns it into some sort of wannabe Omen offshoot, the final version at least has the sense to keep close to its body count routes.

There’s still much to like in both versions’ slow build, which return to a central Halloweenie theme, lots of pumpkins, trick or treaters, lightning and homages to the original: Kara’s frantic chase from the Myers house to hammer on the door for help across the street and her parents are named John and Debra – awwww. A pre-fame Rudd does well in a role he clearly despised and Hagan makes for a likeable heroine in Kara. It’s a shame that Halloween H20 decided to ‘clear the slate’ on the hard graft parts 4-6 put into the story as it could’ve been interesting to see where they took us next. 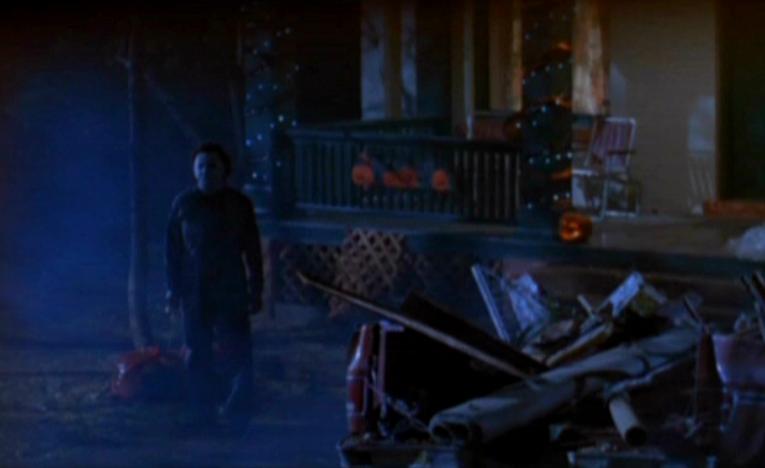 Blurbs-of-interest: J.C. Brandy was later in Devil in the Flesh; Leo Geter was in Silent Night, Deadly Night; George P. Wilbur played Myers in Halloween 4; as well as the preceding Michael Halloween films, Donald Pleasence was also in Alone in the Dark and Phenomena. Marianne Hagan won the lead in BreadCrumbs in 2011.

tagged with before they were famous, calendar carnage, Face off, Halloween, Nu-di-ty, sequel city, slasher, suck it, yo! Hollywood