Property is a big deal, and who wouldn’t renovate their home over the years. But Haddonfield’s real estate market must be really lively for the cursed Myers house, scene of a murder in ’63, ’89, ’95, and ’02, to morph and grow and change as it does over the years.

Look at it in 1963: Pleasant, small, boxy timber-frame family home. 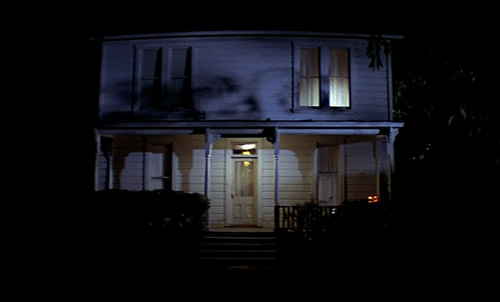 Jump forward to the year I was born, 1978, for Halloween and Halloween II and it needs a little lovin':

Its next appearance was in Halloween 5, where it had somehow grown into a mansion of Garth Manor proportions – complete with extra storey and turret-room thingy: 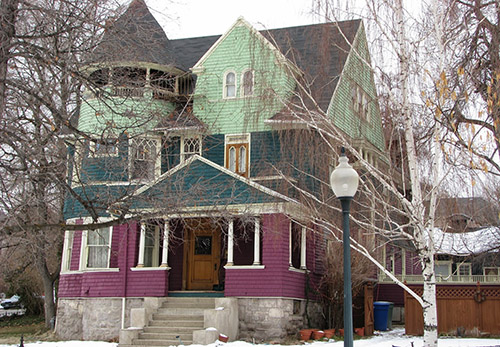 Relatives of Laurie Strode were living in it six years later, guess they disliked the turret-room thingy and shrunk it back down to two floors: 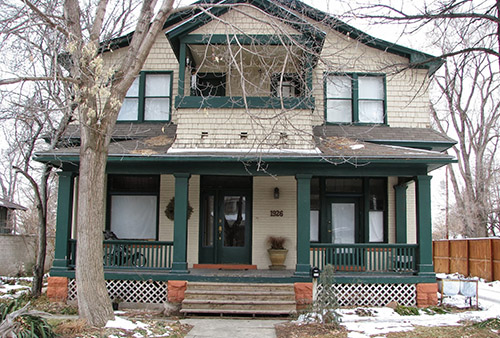 The house was able to rest for a few years until Dangertainment came-a-filmin’ in 2002, where the neighbouring house used to be there’s now a driveway and garage that never existed at the beginning, but otherwise looking like it used to. Due to them building it on a stage, you never enjoy a shot of the whole frontage:

In conclusion: Did the location scouts for Halloween 5 even watch the previous films?