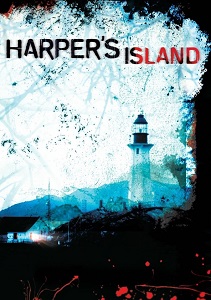 Laughter Lines: “Of all the weddings I’ve been to, this one ranks… near the bottom.”

The first (?) attempt at a serialised slasher format for TV, Harper’s Island was a mercifully one-off 13-episode murder mystery, all wrapped up with a bow so there was no need for for a second series to try and scrape together enough remnants to build something new out of.

Rich girl Trish Wellington is marrying her working class beau Henry Dunn on the quaint off-Washington fishing community of Harper’s Island, where he used to vacation as a kid, and the home of his best friend forever Abby (Elaine Cassidy), until psycho killer John Wakefield murdered several people there, including her mom. This marks her first time back there in some while, which brings up complications with her Sheriff dad, and on-off boyfriend Jimmy. 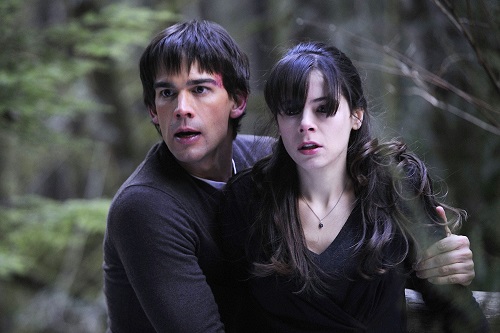 No sooner does the boat set sail for the island – literally – a body count starts to build, with Uncle Marty tied to the propeller under the hull, fresh for decapitation as soon as the yacht powers up. From there on out, it’s pretty much a murder or two per episode, as bridesmaids, groomsmen, and poor islanders begin falling victim to a savage mystery killer, who burns, machetes, harpoons, and drops various things on them.

I was lucky to be watching this as it broadcast along with some workmates and we theorized endlessly about who it might be and why… Henry’s disturbed brother who may or may not have left a stag’s head in the bath of the happy couple’s bungalow? A guy who ‘accidentally’ shoots himself – too easy? The brides less-than-happy-about-it parents? The disgruntled fisherman? The psychic who sees bad things for Abby? The requisite creepy child, Madison, whose ‘secret special friend’ tells her things (“I’m not going to get to be a flower girl, Abby”)? Or the British guy – always a good bet?

As episodes stack up the presence of a killer is thankfully detected before too many excuses of the “she had to go back to Seattle”-ilk are wheeled out. There’s time for a couple of small-ish subplots: Henry and his buddies find a boat containing a dead body (actually Trish’s ex, who her father offered money to come and disrupt proceedings) and a bag with $250,000 in it. Then Trish and her dad are accosted by a rabid dog whilst out for a cycle in the woods, we learn that her stepmother and brother-in-law were involved in some skeezy affair. Everyone’s a damn suspect!

Initially, the wedding party doesn’t think it relates to them, then the locals think it does and assume they’re safe, but it soon becomes apparent the killer isn’t particularly bothered about who he kills.

The last few episodes are pumped with some filler as it struggles to suspend the disbelief until we meet our fiend. There’s been mucho looking into the past and questioning if Abby is John Wakefield’s daughter as everything seems pointed at her, as is the standard procedure in these things. I didn’t guess who it was, which was refreshing, but the motivation is a little far-fetched once processed, in a kind of Why go to all this trouble? way, but who are we to question the wisdom of slasher wackadoos.

Harper’s Island can freely boast some high-end production gloss (though sometimes undermined by the amusing episode names like ‘Whap’, ‘Thwack’ and ‘Gurgle’), from a collection of “oh, him!” actors we’ve seen in other things, who are more than capable of breathing some angles into their likely-doomed characters (Cal and Chloe were a fan favourite), to that appealing north-western aesthetic of waterfalls and greenery, that gives the forest scenes a you-might-die-here aura. Too many scenes in the same guesthouse tire somewhat, but as characters explore the area, we get to see more of what the island has to offer. 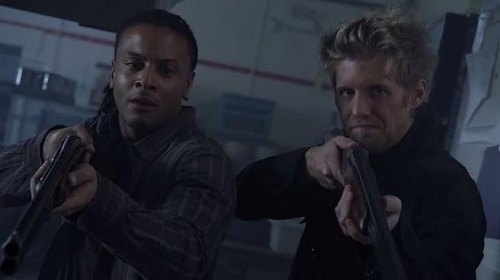 And unlike some of the series’ that have followed, without the transparent hankering for a second season, they weren’t afraid to kill off the cast, resulting in some sad moments where characters we grew to love are brutally done away with, something Scream Queens could’ve learned from. Oh wait, all of the characters in that were shit, so nobody would’ve cared either way.

Blurbs-of-interest: Katie Cassidy was also in remakes of Black Christmas, When a Stranger Calls, and A Nightmare on Elm Street; Richard Burgi was in Friday the 13th (2009); Brandon Jay McLaren was also in Tucker and Dale vs Evil, Scar, and season 1 of Slasher; Claudette Mink was in Children of the Corn: Revelation and Return to Cabin by the Lake; Ben Cotton was in Scar, The Tooth Fairy, and Stan Helsing.