Blame it on the girls 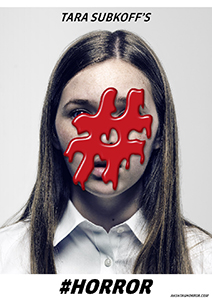 I read an article a couple of years ago where psychologists stated that childhood ‘ends’ at age 11. Hence, while all manner of organisations, parents’ groups, and what have you bleat on about protecting the children, up until they’re, say, sixteen, the kids have all but stopped being kids.

#Horror is a weird and difficult film to classify. Creator Subkoff conceived the idea based on a conversation with a friends daughter, who, when asked what horror was to her, filled Subkoff in on her cyberbullying experiences.

In the film, 12-year-old scholarship girl Sam is sort-of invited to a slumber party at rich girl Sofia Cox’s arty house in the middle of nowhere, one snowy December day. Sam’s only friend is Cat, who it seems has become slightly unhinged since the death of her mother, and whose father is ultra-controlling.

The other four girls are, like the hostess, nasty children of equally nasty parents, who spend their time bitching about how their last house was bigger and, uniformally, cannot be without their phones for more than a matter of seconds, with which they video or photograph everything, competing in a social media site that gives them points based on popularity. It’s all that matters. 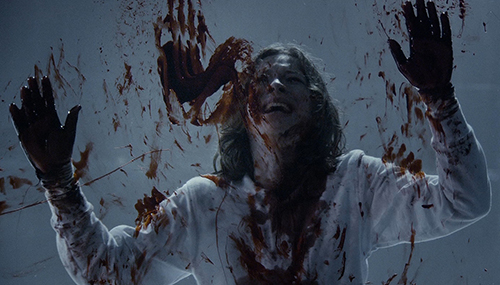 The girls communicate via the medium of put-down (their rule is that if anybody laughs, it’s not mean), bubbling over until Cat is thrown out by the others after she goes too far insulting the requisite tubby girl. Sam convinces the others to lock away their phones for an hour while Sofia’s mother (Sevigny) is at an AA meeting. At this point, they’re forced to open up and have a sub-Breakfast Club conversation about parents who ignore them, divorces, first periods, first kisses… But it doesn’t last: “There’s nothing to do without our phones.”

Cat’s father crashes in looking for his daughter, trying to scare some sense into the girls. Sam goes to look for Cat in vain, and discovers the body of Sofia’s father, who was slashed up at the beginning and, eventually, the killer goes after the girls in the last twenty minutes or so.

Unpleasant characters abound, both adult and child, with Sam the only halfway decent one, and even she shies away from doing the right thing at the right time, so desperate to fit in she goes along with the others’ cruelty. 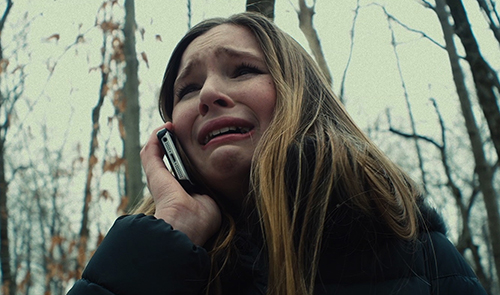 Mixed to bad reviews are indicative of a problematic film, mainly because it doesn’t adhere to any set genre and only becomes a slasher film at the very end, but the message is clear that social media is the big villain over and above any nut in a mask, that tweens, girls in particular it would seem, are so vulnerable they’re willing to sacrifice any real friendships in favour of ‘likes’.

A cross between Welcome to the Dollhouse and last year’s Facebook-kills flick Unfriended, with a few visual elements of Scott Pilgrim. Just remember it’s an art film before a horror film, title be damned. And fortunately my 12-year-old niece can just about be pried apart from her phone.

Blurbs-of-interest: Timothy Hutton was in The Dark Half; Taryn Manning was also in Groupie; Natasha Lyonne was in Madhouse; Balthazar Getty was in The Tripper.

tagged with children are evil, slasher, star power, what the hell!?