Hook to the future! 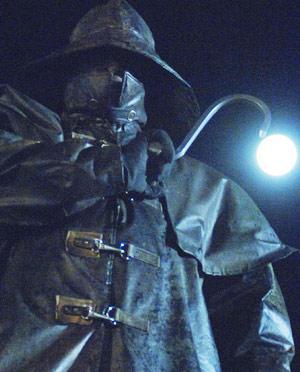 Independence Day’s I’ll Always Know What You Did Last Summer post got me thinking about where we can expect the IKWYDLS franchise to go in the years to come… After all, Scream‘s coming back, what’s to stop The Fisherman?

The answer: nothing – just leave it to me…

You Know What I Did Last Summer


A group of teenagers run over a fisherman and send him to the local hospital. Expecting the worst, one year later they begin to send notes to their victim before he can start tormenting them. One by one they take turns stalking him and being generally annoying.

I Don’t Know What You Did Last Summer

A group of teenagers run over a fisherman and toss his body in the ocean. One year later he wakes up and can’t remember who he is, where he is or what happened to him but decides to kill some teenagers anyway.

I Know What You’ll Do Next Summer

Muse Watson teams up with Christopher Lloyd and travels back in time two years in order to torment Jennifer Love Hewitt and pals before they have the chance to run him over the following July 4th… However, when he encounters his past-self, the two decide to join hooks and kill everybody there and then just to ensure they don’t suffer the pain of being run over.

I Know What You Did, Buffy Summers

This should be easy as Sarah Michelle Gellar has already appeared in one of these films. But not as Buffy, no… She comes to town with Willow, Xander and Giles to put a stop to The Fisherman’s reign of hooky terror, kicks-ass while Willow does some funky spells, Xander tries to get laid and Giles explores the local cemeteries for a possible Hellmouth.

There we have it, at least another three sequels to rival anything Scream can pull out of the hat!