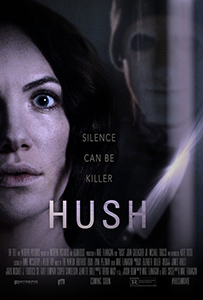 “Silence can be killer.”

The overriding aspect of the best slasher films that has always won me over is when a final girl, on her last legs, weary from battle, finally summons enough energy to rise up against her tormentor, turning the tables on him and surviving. I mean, it’s just awesome, especially when the killer has been a sadistic bully (I mean, really, which killer isn’t?), stretching out his reign of terror in favour of the quick stab and move on.

Mike Flanagan is having his moment, and reportedly came up with this idea with star (and future wife) Siegel on one of their early dates. Sandwiched between the over rated Oculus, and the better-than-expected Ouija: Origin of Evil, Hush was picked up for Netflix exclusivity and (to date) has sat there ever since, yet to be released on DVD, which is either genius or madness, given it’s higher-than-average IMDb rating.

A kind of meta-slasher opus, deaf mute writer Maddie lives alone (‘cept a cat named Bitch) in a wooded area where she’s struggling to finish her second book, paralysed between seven possible endings. When her neighbour Sarah hammers frantically on her window, Maddie neither sees nor hears her, and she is knifed to death by a masked and slingshot-wielding loon, who notices Maddie’s condition and decides to make her his next target.

While Maddie procrastinates, toying with FaceTiming her ex, taking a call from her sister, the killer has broken in and taken her phone, which he then photographs her with and sends the pictures to her, each time coming closer. Once aware of his presence, she tries to persuade him to go, by writing a message that she hasn’t seen his face so won’t tell, to which he removes his mask and tells her she’s next.

Parts of Hush lose the sound to force the viewer into Maddie’s shoes, as she relies on her other senses to try various escape plans. I wondered if the film would perhaps me more effective (but maybe less commercially viable) if it featured no sound whatsoever, locking the viewer into the nightmare of not knowing when the killer may be approaching. As it is, we hear some things Maddie doesn’t, notice what she doesn’t in the background, but root harder for her because of her disability. 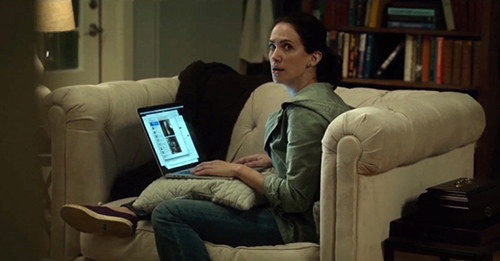 There are only two murder victims in the film, which has an entire cast of five, but that doesn’t negate its position as a slasher flick, just one that strictly limits itself to the experience of one character, rather than following the killer as he goes – and both kills are quite savage.

Things crank up to Haute Tension levels of shouting at the screen as blood loss from an earlier wound looks like it might end her before the killer does, but she finally levels the field by attacking the killer’s senses (one method I was waiting for her to choose from the start!) 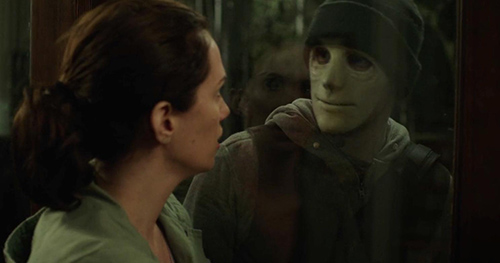 An exceptional slasher film variant, beautifully made and completely engaging even with lengthy scenes where no words are spoken. While I didn’t enjoy Flanagan’s The Haunting of Hill House (which featured Siegel) as much as I’d hoped, he’s definitely building a sizeable platform for himself in the genre and elevating his projects from their disposable, often overlooked roots.

tagged with before they were famous, slasher, spunky final girl